Senate Bill 414 would give DCBS the authority to order insurance companies to pay meritorious claims to consumers, while House Bill 3160 — the push to put allow consumers and businesses to sue insurers for fraud under the Unlawful Trade Practices Act, which passed the House — is close to being dead in the Senate.
By:
Christopher David Gray 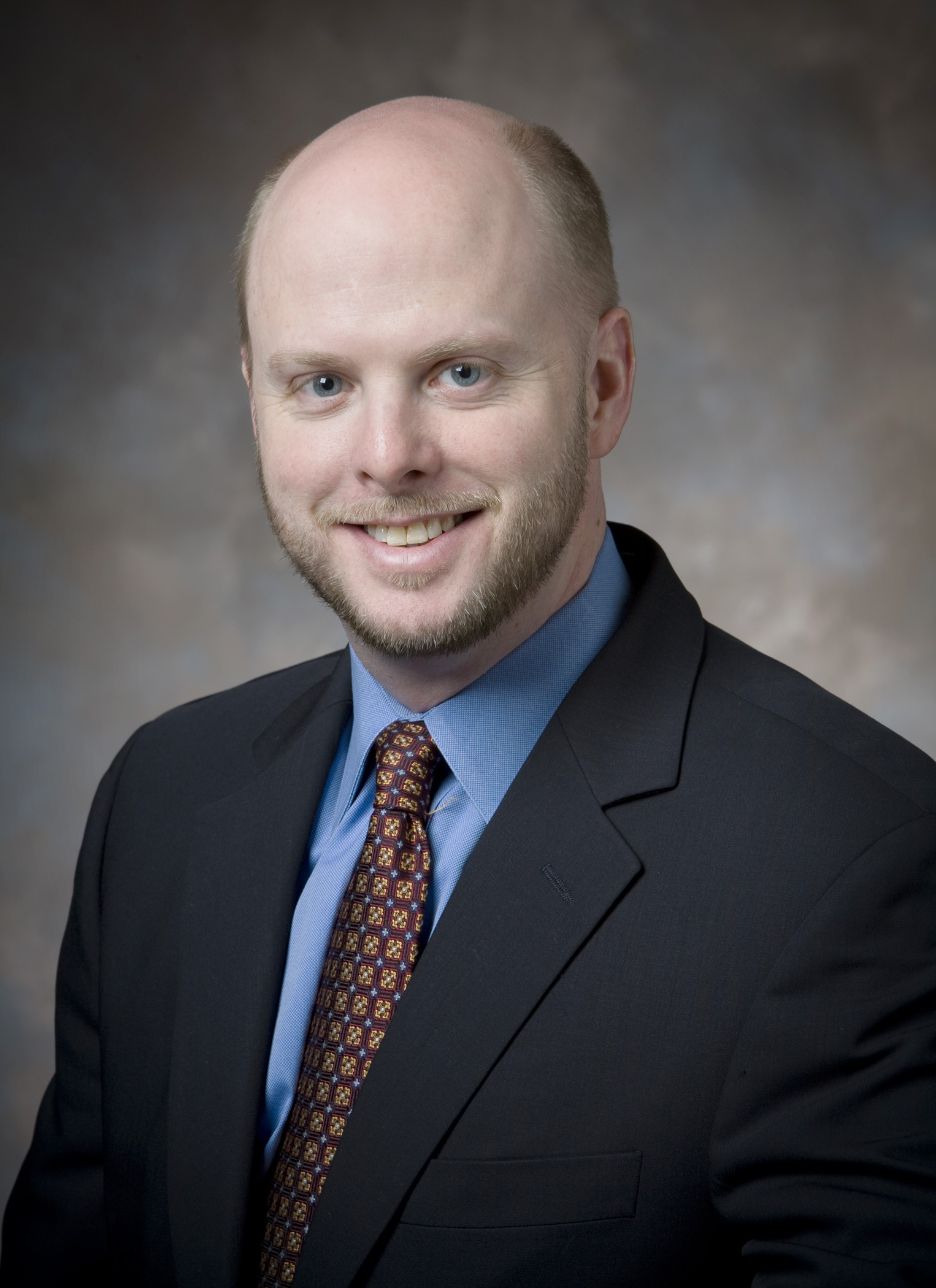 June 17, 2013 — Paul Terdal is not a lawyer, and he never intended on learning the Oregon insurance code backwards and forwards, but his sons have autism, and his health insurance company — Kaiser Permanente — wouldn’t pay for their prescribed treatment, applied behavioral analysis.

The behavioral psychology therapy is a standard, essential health benefit in 32 other states, and in one case, his son’s physician wrote him a prescription for applied behavioral analysis — but the paperwork, given to the family, was never filed with Kaiser’s health plan since the company had a policy of not covering the treatment.

Terdal appealed to the Insurance Division, which decided in his favor that Kaiser had not honored its own contract. “Kaiser had no legal basis to deny the claim,” he said.

His son had lost his ability to speak waiting for the treatment, and Terdal paid for two years’ worth of coverage out of his own pocket as his case languished in the Insurance Division. The boy has since improved his communications abilities to the 99th percentile as he begins kindergarten, thanks to the treatment.

“We realized that the Insurance Division, they had no actual authority to make the insurance company pay a claim,” Terdal said. “[Kaiser is] now doing a great job paying for autism treatment, but it was a long slog. If SB 414 had been in effect, the Insurance Division could have ordered them to pay restitution.”

He said that power also may have prevented a Portland mother from filing a class-action lawsuit against Providence Health Plan in federal court for denying autism treatment to her son.

While the Insurance Division can force civil penalties on an insurer for bad behavior, prodding them to pay claims, the state cannot actually make the policyholder whole.

On Wednesday, the Senate Rules Committee passed Senate Bill 414 — which will give the Insurance Division the power to force insurance companies to pay claims it has decided are legitimate. The vote was 3 to 1, with Senate Minority Leader Ted Ferrioli, R-John Day, opposing the three Democrats on the committee.

“It would certainly be an additional tool in our toolbox to help consumers,” said Insurance Commissioner Lou Savage. “We don’t have the ability currently to order restitution. That’s one of the most important things we could do, which is put the money back in consumers’ pockets.”

A separate measure, Senate Bill 365, will require Oregon insurers to cover applied behavioral analysis, but awaits a vote in the Committee on Ways & Means. Kaiser Permanente has since changed its policy, becoming the first and only insurer in Oregon to voluntarily cover the treatment.

Sen. Chip Shields, D-Portland, sponsored SB 414, but voluntarily kicked it to the Rules Committee in April instead sending it to the Senate floor. The move gave him leverage to pass one of his chief legislative goals this session — granting a private right of action for insurance fraud under the state’s Unlawful Trade Practices Act in House Bill 3160, which was shepherded through the lower chamber by Rep. Paul Holvey, D-Eugene.

It now appears that SB 414 will pass as a consolation victory for Shields, as the Portland liberal has been unable to garner enough votes to get HB 3160 through a more conservative Senate chamber that not only has a thinner Democratic majority, but includes a handful of moderate-to-conservative Democrats who are cooler to the need for insurance reform.

Shields said there were also at least 50 corporate lobbyists who were working overtime to defeat HB 3160, many of them organized by the National Federation of Independent Businesses, a longtime friend of the insurance industry.

In 2011, NFIB accepted $850,000 from America’s Health Insurance Plans as it fought the Affordable Care Act, taking the Obama administration all the way to the U.S. Supreme Court in an effort to kill the president’s signature health insurance reform law.

Terdal spoke in favor of HB 3160, saying that while SB 414 will help the Insurance Division’s appeals process in some cases, Oregon still has a way to go before consumers are on an even legal playing field with insurers.

“The rule of law when it comes to the insurance code is fairly weak. Insurance companies have no fear of the law,” he said.

Terdal said he considered going to court in his son’s case, but wasn’t going to pay $70,000 in lawyer’s fees fighting Kaiser for a $20,000 course of treatment, particularly because Oregon’s insurance laws don’t allow plaintiffs to recoup their court costs. “There is no credible private right of action. There is no way to make an insurance company pay a claim if they don’t want to do it.”

Unlike Holvey, who had the support of his Republican vice-chairman on the House Consumer Protection Committee, Rep. Dennis Richardson of Central Point, on HB 3160, Shields had no luck finding a single Republican to back the bill.

One reason for that, according to Sen. Larry George, R-Sherwood, is that it’s an open secret that Republicans are opposed on principle to expanding the Unlawful Trade Practices Act. They feel former Democratic Attorney General John Kroger used the act for political purposes to promote his office.

“Chip and I do a lot of negotiation on bills. He really wants that UTPA, but that’s a heavy lift,” George told The Lund Report.

One of the arguments that trial lawyer Jim Guse used in favor of HB 3160 is that Washington’s tougher insurance laws have caused its insurers to quickly settle claims rather than take their chances in court, unlike Oregon insurers who benefit from dragging out claims.

But George said that was one of the reasons he opposed HB 3160 — he didn’t want insurers to feel they had to settle a claim, regardless of merit.

George told The Lund Report he supports SB 414 as an alternative: “Give DCBS more regulatory authority, rather than open up more lawsuits. Let’s try to fix it without more litigation.”

If Shields and Holvey’s push to include the insurance industry in the UTPA did anything, it may have moved the bar of what insurers were willing to accept.

Justin Delaney, the Standard Insurance vice-president of external affairs, reiterated that he didn’t think there was a need for any new laws, but he told The Lund Report that SB 414 would work as a compromise and middle ground.

“A measured response is Senate Bill 414, give [the Insurance Division] more teeth, allow them to order restitution,” he said.

Shields has made the case time and again that the insurance industry is the only business exempt from the UTPA, and his legislation would simply level the playing field with every other business that has to follow the law.

But Delaney told The Lund Report Shields was framing that argument incorrectly. He said his industry was never intended to be included in the act due to its very complicated nature. Other businesses where fraud could occur, such as used car sales, don’t have an entire state governmental agency like the Insurance Division dedicated to their regulation.

“We have a history of our legislative body deciding that this is bad public policy,” Delaney said. “We have a good insurance regulation.”

He felt that Standard Insurance could be particularly hit hard by HB 3160 because it’s a national company that just happens to be headquartered in Portland, where he said out-of-state litigants could file a suit.

But David Sugerman of the Oregon Trial Lawyers Association said the right of action was designed to protect Oregon residents only.

“There are some bad actors out there. Nobody is pointing the finger at Standard,” Sugerman told The Lund Report. He said anyone who came in from another state expecting to sue the insurer would have their case thrown out for lack of standing.

“You hear complaints from small businesses, large businesses, consumers in Portland, on the Coast and in Southern Oregon,” Sugerman said, as well as across insurance sectors — homeowner’s, auto, health and liability. “They all share one thing in common. They all have problems being dealt unfairly but the insurance industry, and the reason for that is they are immune from the UTPA.”

Although Shields is frustrated he pushed hard this session to get HB 3160 over the top only to come up short, he was happy to move forward on SB 414.

“414 is definitely an advance. It stands on its own merit. It complements 3160.” Shields told The Lund Report.

He called it noteworthy that the Legislature passed Senate Bill 814 — which gives a private right of action to large businesses against insurance companies who won’t honor environmental claims — but has resisted passing HB 3160 for consumers with less clout.

“We should give the same to kids struggling with autism and small businesses who have trouble with a liability claim,” Shields said. “3160 can still move if everyday people tell their state senator that insurance shouldn’t receive special treatment to be exempt from the state’s chief anti-fraud law.”

Shields said his preference was to put the insurance industry under the Unlawful Trade Practices Act through legislation. But failing that, he wouldn’t rule out a ballot referendum in 2014, particularly one sponsored through a signature drive. He warned that anything that consumers decide to sponsor through a ballot measure could be a lot tougher on insurers than the legislation devised by he and Holvey.