The powerful insurance industry is currently the only business in Oregon exempt from the act. Proposed legislation would remove that exemption and allow the Attorney General and injured parties to sue for fraud.
By:
Christopher David Gray

March 18, 2013 — Sen. Chip Shields, D-Portland and Rep. Paul Holvey, D-Eugene, rolled out legislation last week that would open up the insurance industry to torts under the state’s Unlawful Trade Practices Act and allow the attorney general to sue insurers for fraud.

“Insurance is the only business that is exempt from this law,” Shields said. “It’s time for the Legislature to end the exemption that the insurance industry enjoys at the expense of all other businesses.”

Shields said the special exemption allows insurance companies to act with impunity and reduces their incentive to pay out claims as warranted. If they commit fraud, they cannot be sued by the attorney general under any tort or statute.

The Portland consumer advocacy group Economic Fairness Oregon is also behind the legislation, which executive director Angela Martin said is designed not to increase lawsuits but encourage insurers to settle honest claims more expeditiously and fairly so consumers can avoid the courts. 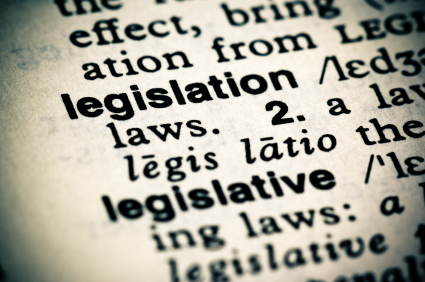 House Bill 3160 and Senate Bill 686 roll insurance into the definition of real estate, goods and services that are covered in the Unlawful Trade Practices Act and allow consumers to recover economic and non-economic damages in court when insurers commit unlawful insurance practices.

House Bill 2525 and Senate Bill 513 allow the state attorney general and third-parties who are injured by an insured person to be compensated for damages and attorney’s fees.

Senate Bill 514 further lays out the process an insurer must go through before denying a claim and addresses steps an aggrieved party may take toward legal action.

Shields introduced similar legislation in 2011, but the bills died after passing out of committee.

Insurance companies are already monitored by the state Department of Consumer & Business Services’ Insurance Division, which offers some protection to consumers, but Martin said with only 10 staff members, their workload is too heavy to adequately police the industry.

“They do not act as the attorney for the consumer,” Martin said. “The agency complaint process is not sufficient.”

The Insurance Division is also funded in part by fees charged to insurers, which could create a conflict of interest. The Oregonian’s Steve Duin reported in 2011 that even a state legislator like Rep. Brian Clem of Salem had a very difficult time getting a claim honored from Regence’s supplementary insurance company, which refused to pay after it had erroneously ruled his mother-in-law was dead.

Not in Good Hands

For other Oregonians, insurers’ actions have led to lost homes and shuttered businesses.

David Killion said a storm caused $22,000 in damages to his manufactured home in coastal Warrenton, but the Valley Insurance agent offered him $3,000 and told him to “take it or leave it.” It took him four years in the court system before the insurer would pay appropriate damages.

In that time, his home was hit with another storm and developed black rot from a leaky roof. His wife developed asthma, and they later divorced.

In 2004, the potato-packing shed of L&M Produce in Merrill, near the California border, caught fire and quickly became engulfed in flames, protected only by a volunteer fire service in rural Klamath County. The shed, which contained the bulk of operations for L&M Produce, was a total loss.

Michael McKeon, the third-generation owner of L&M Produce, said he had purchased all the insurance he could, $30,000 a year to cover his business, which employed 47 people and shipped 2,500 truckloads of potatoes a year.

The agent from Country Insurance, was on the scene and said the claim would go forward. But three years and 3,000 pages of documentations later, the insurer ended up denying the claim, just days before the statute of limitations were up.

“In hindsight, it’s pretty clear their plan was to put us in a position where we were unable to fight and tell us we had to fight,” McKeon said. Despite the loss of L&M Produce, he had other businesses that allowed him to keep an attorney and he sued. Country Insurance responded by hitting him with arson charges, which were later dropped for lack of evidence.

“There wasn’t enough evidence against this man in any court,” said his attorney, Fred Millard. “Four days after the fire, the insurance company had already made up their mind that they were not going to pay the claim. Until we filed the lawsuit, there was not a mention of arson.”

After six years, McKeon was vindicated and awarded a settlement, but with more than $600,000 in legal fees, his company, L&M Produce, was never resurrected.

Portland attorney Jim Guse, who represents contractors, said he advises Oregon companies to relocate to Vancouver because Washington does not give the special unlawful trade practices act exemption to insurance companies, leaving them much more likely to offer the protection they advertise.

“They have slogans like ‘You’re in good hands’ or ‘We’re on your side,” Guse said. “But when it comes time to pay a claim, they’re nowhere to be found.”

“A number of Republicans will see this is good for small business. Insurance is a very significant expense for small business,” Shields told The Lund Report. “Small businesses do not make claims lightly but if they do, they should be treated fairly.”

Shields has also introduced yet another bill — Senate Bill 512 — which refers the issue to the voters. He said he’ll push for that if his other bills die this session. He expects a ballot measure would have strong support of the body politic.

“I’ve learned never to underestimate the power of the insurance companies and their lobbyists,” Shields said.

Indeed, the insurance lobby is fighting back hard. The bills allow for class-action as well as punitive damages against insurers that act unlawfully. Justin Delaney of Standard Insurance Company in Portland wrote in his testimony that litigation will not only drive up costs but make Oregon an attractive venue for out-of-state residents to sue insurers.

“It makes Oregon a very favorable place to sue us,” Delaney said.

Steve Patterson, the vice president of Oregon Mutual Insurance in McMinnville said similar legislation in the 1970s led to a raft of expensive lawsuits in California, which caused insurance premiums to skyrocket.

“No insurance company stays in business long that cheats its customers,” Patterson said.

“Insurance done correctly is one of the most radical social support ideas that there is,” Southworth Weaver said. She said when lawsuits are made against a company, the policy holders are hurt, not the insurers. “The only place they get that money is from the people.”

She was particularly alarmed that insurers could be sued by third parties, such as pedestrians who are hit by cars but don’t feel they’ve been adequately compensated.

The reference to barn-raising earned the rebuke of Sen. Floyd Prozanski, D-Eugene, who works as a prosecuting attorney in Lane County. While mutual insurance companies owned by their members may work similarly to a community barn-raising, others have a decidedly different business model.

“You had a community that went together, helped out a neighbor, but nobody was there to make money. But, in this case, we have insurance companies… many are there to make a profit,” Prozanski said. When he asked Southworth Weaver if she had been paid to travel to Salem to testify, she conceded.

Shields asked her to clarify her academic background, since her testimony documents identified her as an attorney in private practice, while she told the committee she was a professor of insurance law at the University of Washington Law School.

Admitting that she’s taught classes at the university for 20 years as a part-time adjunct instructor, Southworth Weaver told the committee she primarily represents insurance companies against lawsuits.

Greg Price, an attorney from Vancouver, said Washington passed its Insurance Fair Conduct Act in 2007, and he’s heard the same Chicken Little arguments from the insurance industry then as he’s heard in Oregon.

“The sky is falling argument did not exist. Insurers didn’t leave,” Price said. “Claims are being settled sooner and costs are going down.”

Retired former Legal Aid attorney Charley Merten said 35 states do not exempt insurance companies from their state unlawful trade practices acts, but Southworth Weaver argued that each state’s law was different, and the Washington law has a $25,000 cap for non-economic damages.

Merten said he helped draft the original Unlawful Trade Practices Act in 1971, and the banking and insurance industries were exempt at the request of then-Sen. Vic Atiyeh, who suggested the changes so the law could get broader support. After the bank-driven 2008 economic collapse, the banks lost their special privilege in 2009, leaving the insurers in a unique position.

Prozanski said he wanted clearer information about the costs in those 35 states from both parties before he would vote.

The insurers’ position had a favorable reception from Republican Sen. Larry George, a small business owner who represents parts of Hillsboro and the southwest suburbs of Portland. He said he was tired of his insurance company settling bogus claims against his businesses, which he said raises his premiums.

“They’re settling when they should be fighting, and this is going to make it easier to settle for larger and larger amounts,” George said.

“I think we were so far apart that the conversation wasn’t happening,” said Delaney of Standard Insurance.

Ralph Spooner, a Salem attorney who represents State Farm Insurance, said a number of common law torts exist for first-party claims against insurers, including breach of contract, infliction of emotional distress and breach of covenant of good faith as well as fraud claims. “I don’t think we need a new statute,” Spooner said.

With or without an agreement with the insurance lobby, Shields and Holvey hope to move forward with the legislation this session, hoping for a better climate than 2011.

“We really look at this in the role of the consumer’s eyes,” Holvey said. “In Washington, they do have an unlawful trade practices act, and I don’t see any huge difference in insurance premiums or why we can’t have this same protection in Oregon.”

It's kind of funny to

It's kind of funny to contrast these bills with the medical malpractice reform that just got signed into law. The latter recognizes that lawsuits are a horrendously inefficient way of getting justice, and that there are better ways of handling claims. The bills described here are full throttle the other way, ensuring that more dollars get burned up in legal costs without any clear social benefit. If the Oregon Insurance Division has a problem regulating claims-handling wouldn't it be simpler, less costly and less risky to just fix the problem with the Oregon Insurance Division?