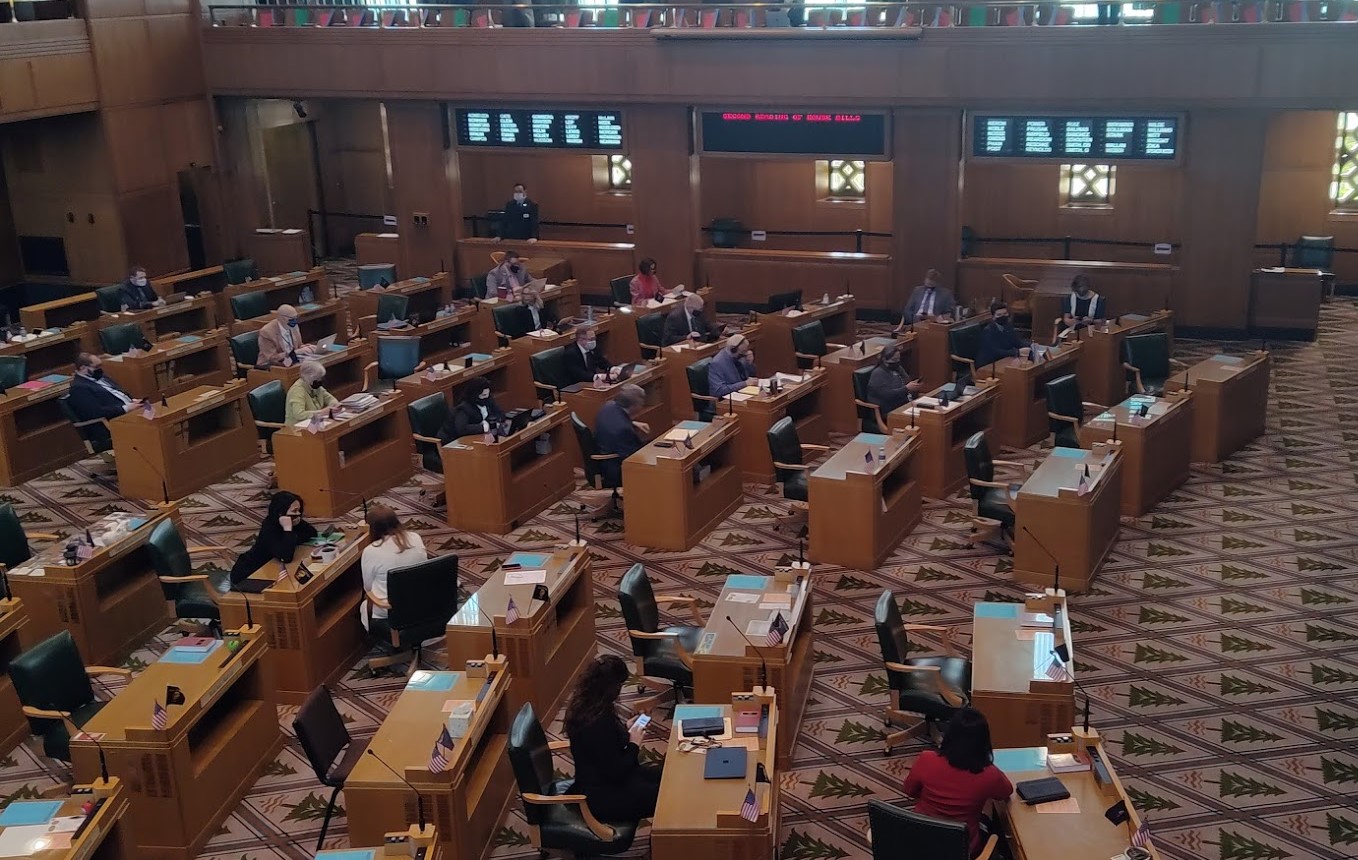 The Senate approved Senate Bill 2A on Tuesday, which removes some of the insurance barriers patients face when they need proton beam therapy to treat prostate cancer. The Senate passed the bill 29-1, with Sen. Dallas Heard, R-Roseburg, opposed only because he objects to the closure of the state capitol to the public, saying it disenfranchises people who cannot access online virtual proceedings. The capitol is closed to the public due to COVID-19.

The bill, which has passed the House, goes to Gov. Kate Brown’s office.

Proton beam therapy is a non-invasive cancer treatment that keeps healthy tissue intact and doesn’t cause serious damage. The therapy uses beams of protons instead of x-rays. Proton beam therapy can cause less damage because x-rays release energy before and after they hit their target, according to the American Cancer Society. Protons, in contrast, can pass through tissue with little damage and only release energy after they travel a certain length. However, the treatment can cost more and the equipment is much more expensive, meaning it is not as widely available as other options.

The bill prohibits insurers from imposing prior authorization requirements on coverage of proton beam therapy that are more restrictive than requirements for conventional radiation therapy. In the prior-authorization process, providers must seek authorization from a patient’s insurer before proceeding with treatment.

“I have personally benefited from this treatment, but it required jumping through too many insurance hoops,” said Sen. Bill Hansell, R-Athena, chief sponsor of the legislation. “If an Oregonian and their doctor decide proton beam therapy is the best treatment option, this bill will make it easier to access.”

Hansell is a cancer survivor and was treated with proton beam therapy. He has been cancer-free for 21 years.

In 2019, the Legislature passed Senate Bill 740, which requires insurers to cover proton beam therapy in the same way they cover radiation therapy. But that bill had a loophole that allowed insurers to put more extensive prior authorization conditions in place.

Since 2020, Oregon insurers have received 42 proton beam prior authorization requests, according to a state survey of five insurers that cover 90% of the commercial market -- Kaiser, Moda, PacificSource, Providence, and Regence BlueCross BlueShield.

Of those requests, insurers denied 18, according to the Oregon Department of Consumer and Business Services, which conducted the survey at the request of lawmakers and didn’t take a position on the bill.

The agency said the 2020 figures are likely low because of the pandemic, but that time period is the only relevant one because the 2019 legislation went into effect on Jan. 1, 2020.

Jun 9 2021
News source:
The Lund Report
Keywords:
oregon legislature, proton beam therapy, bill hansell
×
This article is for premium subscribers. If you are one, please sign in below.
You can see two more premium stories for free. To subscribe, click here. We depend on premium subscriptions to survive, and they are tax deductible.
Sign InGo Premium Not now