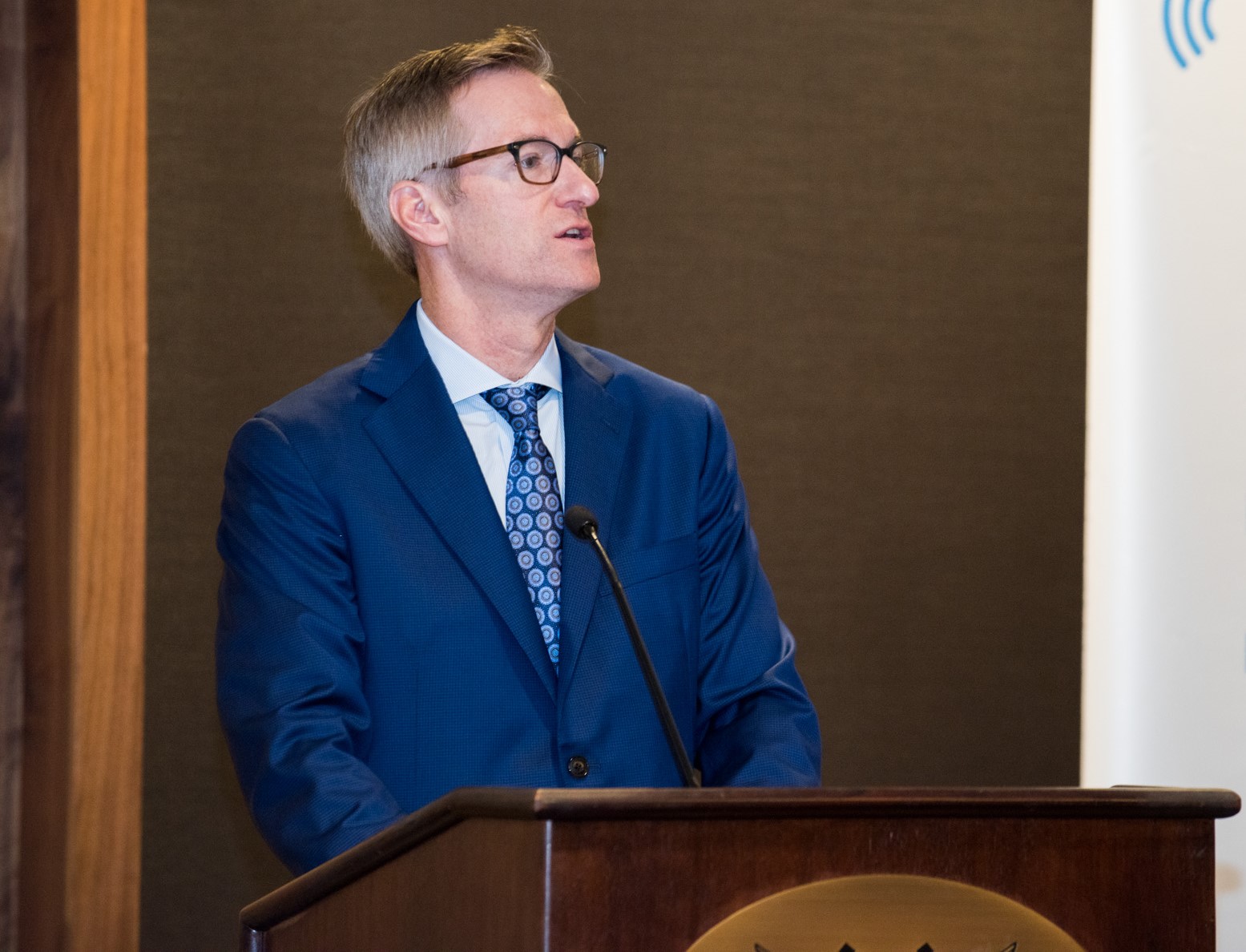 Portland Mayor Ted Wheeler spearheaded the City Council's discussion of a new lawsuit over opioids. He's shown at a prior event of the Oregon Health Forum./Jurcys Photography

Seeking money to help address the effects of drug addiction, the city of Portland has joined other municipalities around the country in suing consulting giant McKinsey & Company for alleged racketeering, saying the firm played a key role in helping opioid manufacturer Purdue boost profits in violation of the law.

the suit on Oct. 26, with Mayor Ted Wheeler characterizing it as an expansion of the city’s 2018 litigation against Purdue.

“Manufacturers, (on) the advice of and with the assistance of McKinsey, knowingly misled doctors and patients regarding the benefits of prescription opioids for treatment of chronic pain and trivialized the significant risk of addiction,” according to the city staff report. “These actions resulted in an opioid epidemic, involving a dramatic increase in opioid addiction and overdose deaths.  Along with the manufacturers and distributors of prescription opioids, McKinsey has experienced significant profits, while the City of Portland, like other jurisdictions, has borne the increased costs for emergency medical services, policing, housing, and medical expenses.”

The move reflects the latest chapter in the nation’s opioid litigation, likened by many to the country’s earlier wave of litigation against tobacco companies. Litigation against Purdue Pharma as well as other opioid-makers has spawned several verdicts and settlements so far. McKinsey, the national consulting firm, is among the companies targeted in the second wave of litigation for assisting the opioid-makers — in McKinsey’s case, based on a campaign for Purdue known as “Project Turbocharge” that was intended to increase sales.

In February 2021 McKinsey agreed to a $573 million settlement with 47 states, several U.S. territories and the District of Columbia, of which Oregon received $7.8 million. Documents pried loose from the company in that case have fueled additional lawsuits.

Earlier this month, Philadelphia and several cities and towns in Rhode Island and Nebraska filed racketeering suits against McKinsey. Originally written to target organized crime, racketeering laws can be used against any enterprise that engages in a pattern of illegal activity.

Filed in U.S. District Court in Portland, the suit accuses McKinsey of playing “an integral role in creating and deepening the opioid crisis” by helping Purdue target specific physicians to boost sales, among other things.

It contends “McKinsey knew and should have known that Purdue’s and other opioid manufacturers’ promotion of opioids was false and misleading, and that its deceptive marketing scheme and other unlawful, unfair, and fraudulent actions would create or assist in the creation of the public nuisance—the opioid epidemic.”

The suit notes that McKinsey renounced its work on opioids starting in 2019.

Texas firm Baron & Budd has been assisting the city of Portland, among others, in the litigation. The new city filing lists that firm along with four other outside law firms. They are all working on contingency, meaning they are paid out of any settlement or damages won.

(An earlier version of this article incorrectly identified the law firm that has been assisting the city of Portland. The Lund Report regrets the error.)

Oct 29 2022
News source:
The Lund Report
Keywords:
behavioral health
×
This article is for premium subscribers. If you are one, please sign in below.
You can see two more premium stories for free. To subscribe, click here. We depend on premium subscriptions to survive, and they are tax deductible.
Sign InGo Premium Not now