The bill, awaiting a vote in the Senate, would give the feds authority to protect the public from hazardous chemicals.
By:
Jen Coleman 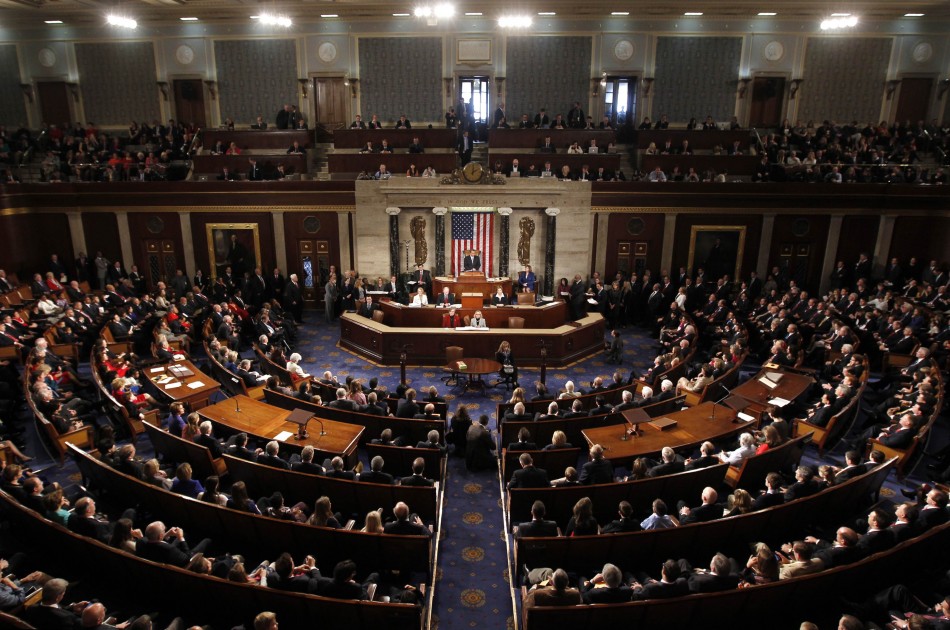 A bill passed in the U.S. House of Representatives and debate imminent over a bill in the U.S. Senate would bring Congress closer than ever before to reforming chemical regulation. If passed, the law would update federal authority to regulate chemicals that pose a risk to human and environmental health; however, it is also poised to curtail state authority to protect the public from hazardous exposures.

The U.S House passed TSCA reform legislation (HR 2576) in June with a 398-1 vote; Congressman Kurt Schrader was among the co-sponsors. The Senate bill (S 697) has secured 60 cosponsors (including Senator Jeff Merkley), and debate is expected to begin in early October.

The 1976 Toxic Substances Control Act is the only major environmental law of its time that has not been significantly reformed, and is widely recognized as inadequate to protect people from the risks of toxic chemicals. Over the course of the last decade, 35 states including Oregon have passed 173 measures to fill the gaps where TSCA has failed to protect the public, according to Safer States.

The current law’s restrictions have made it difficult for the U.S. Environmental Protection Agency to protect public health. Of more than 80,000 chemicals registered for use in commerce, only 200 have been tested for health and safety, and five classes of chemicals have been restricted. As a result, consumer products enter the marketplace without full health and safety data. According to a report from Washington Toxics Coalition, the state’s Department of Ecology has collected data on 49 toxic chemicals in more than 5,000 products made for children such as toys, mattresses, car seats and clothing.

In 1976, EPA administrator Russell Train called TSCA "one of the most important pieces of 'preventive medicine' legislation" ever passed by Congress. Yet by 1994, a review by the US Government Accountability Office noted that TSCA was largely failing to adequately assess the health risks of toxic chemicals, control harmful chemicals or make risk information available to the public. GAO recommended statutory changes to address the flaws; yet legislation introduced every year since 2010 has failed to reach a floor vote.

reform negotiations. The research nonprofit Center for Responsive Politics notes on its web site, opensecrets.org, that the industry association spent half a million dollars in campaign contributions, $11 million on lobbying and an additional $2 million on political communications in 2014 alone.

Today, there is broad consensus on the necessity of reform. Yet a document from Mike Belliveau of the Environmental Health Strategy Center highlights how health and environmental groups, the American Chemistry Council and EPA differ on the role of science, public right to know, setting priorities for action on chemicals and the responsibility to protect children and vulnerable populations.

Under the 1976 TSCA, there is no requirement to consider a toxic chemical’s elevated risks to children, pregnant women or other vulnerable populations. In the 1990s, researchers began to recognize not only that children are uniquely vulnerable, but that early life exposures to toxic chemicals raise the risk of disease later in life, as detailed in a 2011 paper by doctors Philip J. Landrigan and Lynn R. Goldman in Health Affairs. Both TSCA bills have provisions to consider vulnerable populations.

The Environmental Defense Fund provides an analysis of how the House and Senate bills differ in their alignment with EPA’s essential principles for reform. EDF and seven other national groups sent a joint letter to Congress urging a vote on the Senate bill as soon as possible. But a broad coalition of health and environmental groups warns against passing a bill with significant flaws that could undermine public health. Among the major risks, warns the Safer Chemicals Healthy Families Coalition, are provisions that would limit state authority to protect public health.

Both the House and Senate versions of TSCA reform under consideration propose some pre-emption of state authority to pass such protections. In March, Oregon’s Attorney General joined five other states in a letter to the Senate Environment and Public Works Committee. They urged the committee to reconsider provisions that would limit state’s ability to “protect our citizens from the health and environmental risks posed by toxic chemicals within our states.” Senator Jeff Merkley secured some of the amendments during what his press release describes as “intense weekend negotiations” over markup in the Senate Environment and Public Works Committee in April. The bill was amended, yet both the House and Senate bills contain some pre-emption provisions.

Last Friday, Sens. Udall, Markey and Durbin announced they have negotiated further amendments to S 697 that include “mandatory protections for vulnerable populations,” and a simplified process for state waivers and protections for a state’s ability to co-enforce chemical safety regulation. Andy Igresias from Safer Chemicals, Healthy Families applauded the changes, while noting the bill remains “problematic” for its pre-emption of state action.

Both the house and senate bills will allow state laws to stand when action has been taken under state laws before August 1, 2015. This includes Oregon’s laws restricting toxic flame retardants and mercury in lighting as well as a “green chemistry” executive order to consider toxic chemicals in purchasing decisions. On July 27, Governor Kate Brown signed the Toxic Free Kids Act, which requires manufacturers of children’s products to disclose their use of chemicals that are considered high concern to children’s health. Rulemaking is underway, and the data from manufacturers is due to the Oregon Health Authority in January, 2018. The law also requires a phase-out of these chemicals in some products in 2022; this requirement could be pre-empted if federal reform is passed without further changes.

Jen can be reached at [email protected]