House Bill 3309, designed to put pressure on Salem Health and its local CCO, Willamette Valley Community Health, passed the House Rules Committee on a 7-1 vote Thursday afternoon and was sent to the Joint Committee on Ways & Means.
By:
Christopher David Gray 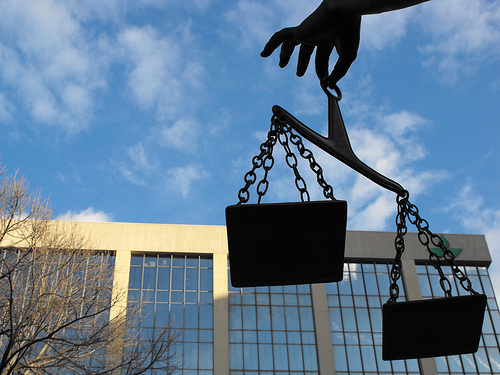 May 31, 2013 — Pressure from the state Legislature has succeeded in pushing Salem Health toward mediation and potentially ending the seven-month standoff with its coordinated care organization, Willamette Valley Community Health.

Salem Health spokeswoman Sherryl Hoar told the Salem Statesman-Journal on Thursday that the hospital was ready to enter mediation with the other members of its CCO, a request Willamette Valley has been making for the better part of a year.

But Willamette Valley board chairwoman Ruth Bauman told The Lund Report that the hospital conglomerate had not notified anyone at the CCO, and she only learned of its decision from the newspaper’s website.

“Our position from the very beginning has been that they should agree to mediation or binding arbitration,” Bauman said. “It would be useful to start a conversation with them and get the ball rolling.”

Salem Health is still reportedly unwilling to drop the lawsuit it filed in October, which sent the Medicaid delivery transformation into turmoil in Marion and Polk counties. Willamette Valley has proposed moving payments for the hospital toward a global payment for every Oregon Health Plan member under its auspices, while the hospital wants to continue being paid for the services it provides, just as it had been before the CCO got under way.

“We’re halfway there,” Bauman added. “We’re happy to hear what their issues are, and we’ll be happy to mediate.”

Salem Health could not be reached by press time.

Meanwhile, in the House Rules Committee, legislators voted 7-1 to move to the Committee on Ways & Means a scaled down version of House Bill 3309 —  the “bad actor bill” — which will now apply only to the problem area of Marion and Polk counties.

“We put forward this amendment after we had conversations that the original bill might be too broad,” said House Majority Leader Val Hoyle, D-Eugene, the vice-chairwoman of the Rules Committee.

The move to Ways & Means — the Legislature’s budget-writing committee — was a fairly naked ploy to keep the bill alive — and keep pressure on Salem Health — without moving the bill to the House floor.

Rep. Vicki Berger, a Republican from West Salem, objected to moving HB 3309 to Ways & Means, as well as the amendment. “This is not a Ways & Means device in any way, shape or form,” she said.

HB 3309 has no obvious impact on the 2013-15 budget — the usual reason for a bill to be sent to Ways & Means — but Hoyle argued that the situation in Salem could have ramifications on how the state delivers Medicaid to the most vulnerable citizens.

The amended bill directs the Oregon Health Authority to report back in one year to the House Health Committee on the results of HB 3309’s effect on Marion and Polk counties and determine whether that policy should be applied statewide.

Oregon was awarded $1.9 billion in additional federal Medicaid dollars over the next five years to transform its delivery model for the Oregon Health Plan through coordinated care organizations, which use global budgets to pay providers based on outcomes. If the state fails to slow growth in healthcare spending, it will be forced to repay much of that money.

If the CCO experiment fails in Salem — the state’s second-largest metropolitan area — it could have domino effects for the rest of Oregon.

But Sean Kolmer, a health policy advisor to Gov. John Kitzhaber, called Willamette Valley Community Health an outlier, with 14 other CCOs moving along without strife. And despite the legal turmoil, Kolmer said the Salem-area CCO had still been doing a lot of great work improving care for low-income Oregonians.

“There are going to be some bumps in the process,” Kolmer told The Lund Report. “This community has a history of not getting along that it unfortunately has to overcome.”

Kolmer said the governor understood the Legislature’s desire to use what tools it could to resolve the crisis in Salem outside the court system.

“They want to make sure that things should be happening as they should be,” Kolmer said.

As amended, the rest of the state will be exempt from the policy in HB 3309, which lets a supermajority of a CCO’s governing body kick off a member — if that member threatens the certification of the CCO, and the CCO has the approval of the Oregon Health Authority director.

An expelled member would be punished with low reimbursement rates and could not join or start a new CCO.

A number of advocates for low-income Oregonians, such as the Oregon Primary Care Association, have opposed HB 3309 on the grounds that small but essential healthcare providers might be shut out of CCO decision-making. But a CCO board would have a high hurdle to remove members, and it is very unlikely any small healthcare players could threaten the certification of the coordinated care organization — an essential element of the bad actor bill.

Jeff Heatherington, the chief executive officer of Portland-area CCO Family Care, proposed an amendment that made it clearer that these groups would not be penalized by the legislation, but his proposal was not adopted.

Image for this story by Darius Norvilas (CC BY-NC 2.0) via Flickr.

Unfortunately, for the Salem

Unfortunately, for the Salem community, Salem Health is, infact, a bad player. I've seen first hand how they manipulate the market place to keep compensation high. Too bad. Best thing for Salem would be a new hospital. Yes, disruptive, but would help all. Either that or clean house at Salem Hospital.