The program seeks to certify that schools are in compliance with the Oregon Safe Schools Act passed in 2009
By:
Christen McCurdy 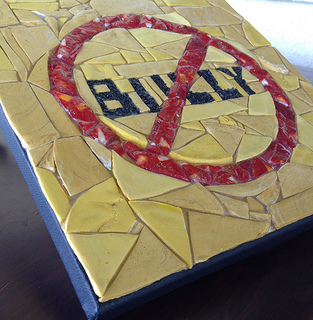 Anti-bullying advocates are in the early stages of creating a certification program that would make certain schools have policies and procedures in place to protect children and teenagers from bullying – and to ensure that certain groups of students are not disproportionately punished under anti-bullying crackdowns.

The Q Center received a grant in December from the Kaiser Permanente Community Fund to start the certification program, and is just now in the planning and coalition-building stage, said Neola Young at the Q Center.

“This is definitely a collaborative effort,” Young said. The program is based on a national model developed in Iowa, and small pilots are cropping up all over the country. Oregon's program will be guided by the Oregon Safer Schools Act, which was passed by the legislature in 2009. The law requires schools to adopt policies to address bullying and harassment of students – including online harassment – and be transparent about the penalties for such behavior.

The Q Center is involved because youth who identify as lesbian, gay, bisexual or transgender or questioning are likely to be harassed or bullied by peers: a survey released by the Safe Schools Coalition said 53 percent of lesbian, gay, bisexual or questioning youth had been harassed at school in the previous month, compared to 20 percent of straight-identified youth. Twenty percent of lesbian, gay, bisexual or questioning youth said they had attempted suicide in the past year, compared to 5 percent of straight youth. That survey did not include transgender youth, but national statistics are grim: according to the National Transgender Discrimination Survey, 78 percent of transgender youth said they had experienced some form of harassment and 41 percent had attempted suicide. That survey notes that youth who reported harassment were far more likely to have attempted suicide than those who had not.

In addition, young people who identify as a sexual minority are more likely to skip school and drop out compared to straight youth, partly because they don't feel safe, which has a lifelong rippling effect on health, Young said.

“When you're not feeling safe going to school, you're not going to go to school,” Young said. “When we think about power dynamics, and that effect on health and well-being. When you're feeling powerless, that can really take a toll on health, on how you feel.”

In addition, Young said, students of color in many cases are disproportionately targeted for discipline referrals, and stakeholders are concerned about making sure that anti-bullying policies are implemented in a fair way.

“I'm really hoping that the council will be a really amazing and inclusive groups of people who will bring a lot of identities and perspectives in the room,” Young said.

“One thing I'm going to be doing is listening sessions, not just to hear those really hard stories, but to hear people talk about what works,” Young said. Part of the idea is to make the certification program fit Oregon's needs, and also make it flexible enough that schools throughout the state can tailor the program to meet their needs.

“It's not just about finishing school,” she said. “Certainly we want people to graduate. Schools are a huge part of socialization for young people. It's a community builder, a place where people are being fed, where young people are getting meals and having a warm place to be. We want to very much make sure that those communities are very safe, that they are affirming, that they can find what they're needing and wanting.”

Image for this story by TB Greene (CC BY-ND 2.0) via Flickr.

Schools will only be safe when microwave emitting devices; wi fi routers, ipads, laptops, are removed and replaced with safe, cabled internet connections.

“Electromagnetic fields and radiation damage DNA and enhance cell death rates and therefore they are a Ubiquitous Universal Genotoxic Carcinogen that enhances the rates of Cancer, Cardiac, Reproductive and Neurological disease and mortality in human populations. Therefore there is no safe threshold level. The only safe exposure level is zero, a position confirmed by dose-response trends in epidemiological studies..”