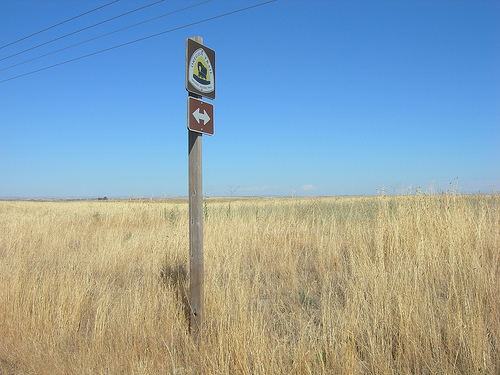 Of Oregon’s population, 25 percent live in rural areas, but only 9 percent of medical doctors serve those communities, according to Dr. Lisa Dodson, director of Rural Health Programs at Oregon Health and Science University, who spoke at the Oregon Rural Health Conference in Portland.

Students in rural areas are often less well-prepared for college and less likely to attend college, let alone medical school – but students from rural areas who do make it through are more likely to return to practice in smaller communities.

With that in mind, OHSU has advocated for improved science and math education in rural schools, and scholarships for students with rural backgrounds – not just loan forgiveness programs for clinicians who practice in rural areas. At the other end of the pipeline, Dodson said, the state needs more residency programs: currently there are 32 residency spots throughout the state, and Oregon needs about 50 to be competitive with other states.

Rural recruiters also need to understand how graduating doctors are different than doctors who graduated decades ago.

“My son, who's 26, is on his third job,” Dodson said, adding that the younger generation is more mobile, including young doctors. Where doctors in her generation may have expected to stay in one practice or one community their entire life, those graduating today may take a job expecting to stick around for a few years and then pull up their roots and move elsewhere. She said some rural communities in the Midwest have had success providing coverage for doctors who decide to go on sabbatical for a few years – bringing in doctors from charitable organizations for short contracts to cover those positions.

Newly graduating doctors also care more about work-life balance than previous generations of doctors did, partly because there are more women in the field, and often they graduate right around the age when they want to start families. Healthcare employers in general need to offer doctors flexibility as they start their careers.

But doctors in their 50s and 60s often find themselves experiencing “change fatigue” dealing with changes in policy and technology, and organizations need to respond to keep them in the employment pool, instead of sending them into early retirement.

“The coordinated care organizations are going to fail and fail badly if we do not do some of these things,” Dodson said.

“We tend to attract students that want to work with rural populations,” Ferguson said. “They tend to want to go back and work with underserved people.”

Laustsen said nurse practitioner students have different needs than other students in the medical field, since so many are already working as nurses and are in school part-time. They don't want to give up their jobs to go to school, he said, and 25 percent of students in OHSU's program are distance-learning students. That means it's challenging to get students who aren't already in rural areas exposed to those areas.

“One of our big failures has been getting systems to use [providers] as a team,” Dodson said, arguing that mid-level providers should do just fine in rural areas, provided they have the right staffing support.

“We believe team-based medicine will be very important under the Affordable Care Act and in the future of medical care,” said Dr. Paul Aversano, director of the College of Osteopathic Medicine of the Pacific Northwest, the newly opened osteopathic medical school in Lebanon. The school enrolled 108 students this year and 105 students last year, and about 50 to 60 percent of its students are from Northwest states, Aversano said, while 40 percent came from towns of less than 5,000.

The school, a campus of the Pomona, Calif.-based Western University of Health Sciences, opened in Lebanon partly because students from small communities tend to return to small communities, Aversano said.

“The real bottleneck in medical training is in residences,” he said. “To start a residency program is several years in the making.”

Image for this story by Jimmy Emerson (CC BY-NC-ND 2.0) via Flickr.