Healthy competition on Cover Oregon led by Moda Health has resulted in at least four insurance companies selling plans in every county, creating a market where residents of the most remote parts of the state pay the same or little more for premiums than urban Oregon.
By:
Christopher David Gray 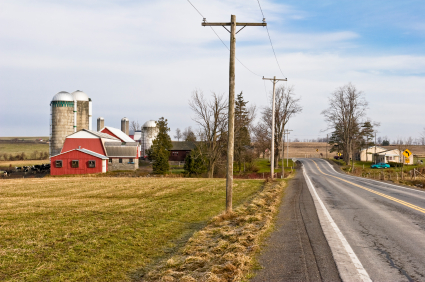 Every county in Oregon has at least four insurance companies selling plans on Cover Oregon, leaving the base price for a typical insurance plan no greater for a resident of Burns or Brookings than it would be for someone in Eugene.

The price of the cheapest “silver plan” for a 50-year-old non-smoker in 30 of Oregon’s 36 counties is a $298 package from Moda Health.

That price is before any discount from federal subsidies are factored, and rates for younger adults can be less than half that price. Consumers would pay less for a high-deductible bronze plan or more for a richer gold or platinum plan than compared to the moderately robust silver plan.

“We wanted to have competition in every market, and we have achieved that,” said Cover Oregon spokesman Michael Cox.

Jonathan Nicholas, the spokesman for Moda Health, said the insurer had already offered plans statewide and didn't want to cut any customers in the switch to Cover Oregon.

"We have historically chosen to pool the product statewide," Nicholas said. "We believe this provides greater stability to our rates over time."

Health Republic is one of two health co-operatives offered in Oregon; Bridgespan is a subsidiary of Regence BlueCross BlueShield.

PacificSource offers a health plan in every county except Umatilla, which includes Pendleton. Most counties in Western Oregon have seven to nine insurance carriers to choose from. Clackamas County has the most insurance companies on Cover Oregon, with 10.

Moda Health, formerly ODS, has the lowest prices for individual health plans on Cover Oregon in every county. The Oregon Insurance Division approved its rates in late spring, putting the insurer about 20 percent lower than the competition in most places.

Salem and the Portland metro area — where competition both among health plans and health systems is strongest — did have lower prices than the rest of the state, but their premium rates were less than $30 a month cheaper than the rest of Oregon.

“I find that very encouraging,” said Scott Ekblad, director of the Oregon Office of Rural Health. “For individuals in rural parts of the state, they were almost always notably higher than in urban areas,” he added, based on reports from consumers before the launch of Cover Oregon.

Moda Health offers a $270 silver plan for a 50-year-old in Clackamas, Multnomah, Washington and Yamhill counties. Their cheapest silver plan for Marion and Polk counties is $281.

Competition among health plans didn’t guarantee the lowest rates — Linn and Benton counties, which includes Corvallis, each have nine options — one more than Yamhill County, which has slightly cheaper rates.

The high competition on the state insurance exchange also didn’t give Oregon the lowest rates in the country — Pima County, Ariz., which includes Tucson, had silver plan premiums for the same demographic for $235.

Pima County residents can choose from eight insurance companies. At the other end of the spectrum, residents of rural Baker County, Ga., a sparsely populated, majority African-American county in southwest Georgia, had the highest rates in the nation at $673 a month, before subsidies.

Georgia has a wide disparity that Oregon does not. An Atlanta resident would pay $320 for a plan comparable to the one in Baker County, according to the New York Times.

The Times reported that 530 counties, including most of southern Georgia, Alabama and Mississippi, have only one insurance company to pick from on the federal insurance exchange.

Like the federal exchange, Cover Oregon has been plagued with technical glitches since its launch on Oct. 1 that have prevented consumers from being able to buy insurance plans online, as promised.

Cox said that consumers should be able to buy online by the end of the month. Until then, paper applications can be submitted through insurance agents or community partners.

“We’re not going to rush them out prematurely,” Cox said. “It’s better to get it right than get it out.”

A glitch in the Washington state insurance exchange reported Friday resulted in 8,000 consumers being given a greater subsidy than they deserved, which will require them to resubmit paperwork and pay more to maintain the same policies.

The clunky rollout means individuals will be given more time to comply with federal tax requirements next year. Consumers had faced a Feb. 15 deadline to sign up for coverage or suffer a tax penalty, but the Obama administration announced Wednesday that it would now give consumers until open enrollment ends on March 31 to meet the individual mandate, according to Kaiser Health News.