A report by a physicians group says that higher premiums and deductibles mean that patients, including in Oregon, are forgoing care.
By:
Jessica Floum

Doctor with tablet by NEC Corp. of America CC.jpg 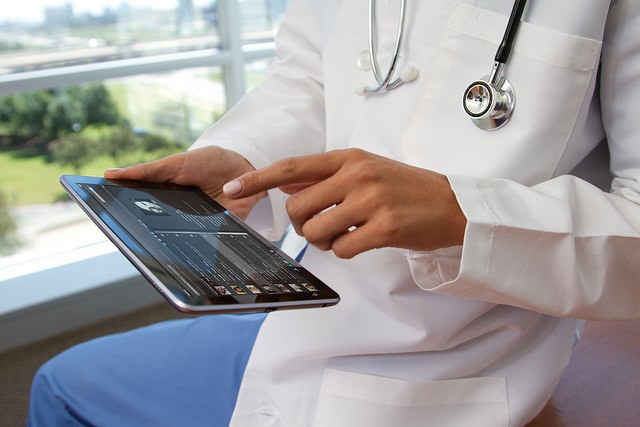 Laura Grandin has health insurance, but she doesn’t have much coverage.

The 64-year-old Portland resident pays $900 a month in premiums. She’s also got a deductible of $6,500. That means that if she gets sick or injured her insurance won’t kick in until she spends that amount.

So she avoids using it. The retired public health worker has been on a fixed income since 2016. 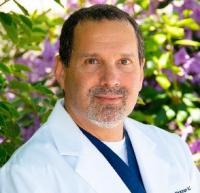 Dr. David Rickman
She’s not alone in forgoing care. Oregon physicians, like Dr. David Rickman at CHI Mercy Medical Center in Roseburg, also has patients with insurance who delay treatment until they need emergency care because they can’t afford a doctor’s visit.

This scenario is playing out across the country, according to a new report by Physicians for Fair Coverage, a group of doctors pushing for better coverage for patients. Though the number of uninsured people plunged after the passage of the Affordable Care Act in 2010 under former President Barack Obama, the report says that many people still can't afford to see a provider.

Monthly premiums, deductibles and health care costs have gone up. But the number of covered providers has dropped. Deductibles have become so high that people with health insurance are forgoing medical care because they can’t afford the cost.

When Grandin recently sliced her finger and risked an infection from bacteria-ridden compost, she called a nurse, who recommended she see a doctor. Instead, Grandin cleaned it out with antibacterial soap.

“You just have to think of (insurance) like it’s catastrophic coverage,” Grandin said. “You can’t expect to get anything.”

Patients who obtained health coverage through the ACA’s exchange market in 2017 saw higher premiums, deductibles and costs than in previous years. They also had fewer options in their provider networks, the report found.

Across the country, premiums for exchange plans increased 28 percent from 2014 to 2017. Almost 90 percent of patients with these plans had deductibles above $1,300.

And yet copays have not fallen, the report said. Patients still have to bear the same portion of the costs.

The maximum amount of out-of-pocket expenses that patients have to pay also has increased. The limits rose 6 percent from 2016 to 2017, requiring individuals to spend $7,150 and families to spend $14,300 on health care costs before receiving full coverage.

In Oregon, the average cost of a middle-of-the-road ACA plan increased 19 percent from $348 in 2017 to $414 in 2018. That was after increasing almost 30 percent from 2016 and 23 percent the year prior, according to a Kaiser Family Foundation analysis.

ACA premiums in Portland will increase more modestly next year. They are expected to increase up to 10 percent, according to the final rates, released Friday.

Increasing premiums and deductibles are not unique to ACA marketplace, said Elizabeth Cronen, spokeswoman for the Oregon Health Insurance Marketplace. Premiums rise in the individual market faster than they do in employer-sponsored markets, she said.

Insurance rates have increased since 2016 in part because insurance companies started seeing huge losses when the ACA market opened, said Karen Pollitz, a senior fellow and private insurance expert at the Kaiser Family Foundation. Their premiums were too low to cover the cost of claims.

The implementation of the ACA also means insurance companies now have to offer subsidies to reduce deductibles and copays for low-income health care enrollees.

The federal government previously reimbursed the insurance companies for these subsidies, but President Donald Trump signed an executive order in October 2017 that stopped federal reimbursement.

Insurance companies spiked their rates in 2018 to cover the costs of subsidies, Pollitz said.

“The law has been under constant attack,” Pollitz said. “It’s hard to implement under a firing squad.”

The Trump administration also has reduced benefits, for example by axing compensation to insurers for covering the sickest patients and cutting consumer help.

As a result, the market that should have stabilized by now remains uncertain, Pollitz said.

Changing rules and politics around the Affordable Care Act have also caused insurance companies to leave the individual market altogether, further limiting competition and the ability to moderate costs.

In 2017, 21 percent of all ACA enrollees had only one choice of insurer, according to a Kaiser Family Foundation analysis of Healthcare.gov data and insurer rate filings.

Nationally, many of the big players have pulled out of ACA markets altogether. Just last month, Anthem, a large national insurer, joined other companies in pulling out of ACA markets. That left 20 Ohio counties without ACA carriers.

“Many have gone and didn’t come back because it’s just too hard to play in a game when you don’t know what the rules are,” Pollitz said.

Insurance companies have three main ways to compete, Pollitz said. They can deny claims to keep costs and premiums down. They can be efficient in their spending. Or they can limit their provider networks, she said.

Dr. David Rickman is the director of the emergency department at CHI Mercy Medical Center in Roseburg, Oregon. He repeatedly sees patients at the emergency room with complicated, high-cost problems who tell him they did not seek care as soon as they realized they needed it because they couldn’t afford the visit.

One of Rickman’s diabetic patients came in with a foot so infected that he had to go on intravenous antibiotics, a more expensive solution than antibiotic pills. The patient told Rickman that he didn’t come in earlier because he knew he couldn’t afford the cost of a visit due to his high deductible. Rickman sees this frequently with emphysema patients who delay care.

“By the time I see them, the cost is worse, they’re having trouble breathing and they end up needing to be admitted to the hospital,” Rickman said.

By delaying care until their conditions worsen and become more expensive to treat, insured patients are acting like the patients who used to have no insurance, Rickman said. They’re avoiding care.

Even Rickman and physicians he works with are avoiding care, he said, despite having employee-sponsored insurance: They have a high deductible of $5,000.

Disincentive or barrier to care?

From the early 2000s at least, "skin in the game" became the catch phrase for employers and the insurers selling to them.  Discussion about disincentives for those well-off, being barriers to care for those less well off among their employees, fell on deaf ears.  I was in those discussions, and listening to consultants preach about the "savings" from skinny benefit plans (part of which was self-selection of those plans by healthier employees).  It was the new religion.  No surprise here, except that it seems to have taken so long for the light  bulb to come on.  That upper middle class physicians are now deferring care reflects how far this has gone.