The Republican gubernatorial candidate thinks he can save costs for the state’s Medicaid program by giving them debit cards with a dwindling balance to pay for their care and encouraging them to shop for the best deals.
By:
Christopher David Gray 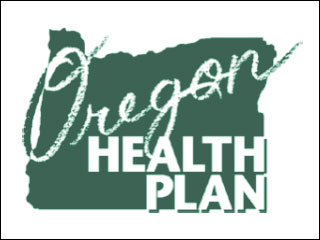 Rep. Dennis Richardson, R-Central Point, gave some insight Wednesday on how he might take the Oregon Health Plan in a sharply different direction if he’s elected governor, rehashing a proposal he pitched in 2009 -- health savings accounts -- where Medicaid recipients would use a debit card to meet their basic healthcare needs.

“If you have some patients with some stake in the outcome, they become consumers,” he said, telling the audience at the State of Reform conference at the Portland Hilton that by adopting such a proposal Medicaid recipients might shop around to different hospitals to get a better deal or choose generic medications over “designer drugs,” if they knew they could get some money back at the end of the year.

The money would be loaded in an Oregon Trail-type debit card, and money in the account would roll over and could be used, tax-free for other necessities. He said it would save the system money by holding patients accountable for their care, rather than giving them a menu where all the food is free regardless of cost, with lobsters on par with coarser fare.

Richardson was hazy about the details when questioned by The Lund Report; the earlier proposal would have offered his Oregon Base Plus Plan for all individuals, not just the Oregon Health Plan, pairing the health savings accounts with a high-deductible insurance plan to meet the needs of people with high medical costs.

“It would require some copay that they’d be responsible for,” he explained, saying the state would load the debit card “for those who can’t afford it,” which indicates that some Oregon Health Plan members would have to pay into the account out of their own pocket.

When combined with a high-deductible health insurance plan, such savings accounts are a concept that often work well for young, healthy people who have few medical costs, giving them a tax-free pool of money to pay for their routine check-ups or minor procedures. But they do not work for older adults and anyone who has high medical costs because of chronic conditions or major surgery. A major medical emergency can immediately wipe out the accounts and then some. Such plans also increase the risk and cost to provide coverage for the remaining health insurance pool by removing healthy adults.

Unlike most congressional Republicans, Richardson didn’t feign any control over the fate of Obamacare, but also said state budget writers have some tough decisions to make on how to pay for the state’s share of the Medicaid expansion starting in 2017.

“The ACA is law, and we have hundreds of thousands of people who depend on it,” he said, adding that he liked certain parts of it, such as the quality controls it put on hospitals by docking their Medicare reimbursements for high readmission rates.

An Oregon Health & Science University study has shown that the increased state tax revenues generated by the billions of federal dollars invested in healthcare because of the Medicaid expansion means it would pay for itself -- but the state still must meet its end of the agreement, and pay for up to 10 percent of the cost after 2016.

The race for governor remains Kitzhaber’s to lose, but September polling indicates his race with Richardson is closer than the other hot statewide matchup, the U.S. Senate race between Dr. Monica Wehby and Sen. Jeff Merkley. A YouGov poll shows Merkley with a commanding lead over Wehby, with 51 percent of respondents compared to 39 percent for Wehby.

But a poll conducted at the same time by the same firm shows Richardson down by just six points -- with 48 percent for Kitzhaber and 42 percent for the state representative from Central Point.

John Mullin of the Oregon Law Center, which advocates for low-income people, said he wasn’t knowledgeable enough of Richardson’s concept to comment directly, but did note that previous attempts to push cost-sharing like copayments onto recipients of Oregon’s health plan for poor residents had been disastrous in years past. “Premiums and copayments drove a bunch of people off the Oregon Health Plan,” he said.

If Richardson’s health savings account concept was likely to go anywhere, he would almost certainly need permission from the Centers for Medicare and Medicaid Services, which tightly control the rules for Medicaid programs that rely primarily on federal tax dollars.

Mullin has led a group of advocates agitating for a different concept that would build upon current healthcare reforms --  a Basic Health Plan for Oregon residents with incomes up to twice the poverty level. This plan, likely to be administered by the coordinated care organizations, would offer low-cost or no-cost care to working-class people now faced with less comprehensive care from plans on the health insurance exchange -- Cover Oregon --  that come at the cost of a considerable share of their discretionary income.

The Basic Health Plan is currently being studied for Oregon by the Urban Institute and the Wakely Group, and their findings will inform a debate on the concept for the 2015 session.

A wise person invented the thought, "the further one is from the details the easier it is to hold a strong opinion." Mr. Richardson needs to spend some serious time living in the lives of the folks he would like to "shop for the best deal". Better yet, live AS one of them for a year or two. Finding care, period, when and where needed without undue delay and discouragement; managing the social challenges of most such individuals and families; the idea that money will be saved with a debit card and with "shopping" can only be advanced by a person from some distance--distance from those details.

This Republican Party idea literally WILL send Oregonians to an early untimely death ie. accidents run into the thousands, medications for life threatening disorders run into the thousands--would he be so generous as to give Oregonians a $30,000+ debit card annually as this IS currently the cost for ALL insureds who with hospital stays well over $28,000 @$2,336/day not including labs/diagnostics/medications,sugeries , ER well over that amount?  Or would he choose Ryan's plan $8,500 annually?  What a joke!  Does he not know that Oregonians are smart enough to see through his garbage dogma that kills ie. 16,526 uninsureds nationally in Republican led states refusing to accept ACA--MORE THAN GUN MUDERS.  Gun murders in those same Republican led states total 6,858 ie. Republicans kill more Americans than gun muders do by 3 times over!  This figure does NOT include ALL the suicides as a result of seniors and vets not wanting to burden their families---all so we can give the mega corporates and their plutocrat owners even bigger tax refunds as they want more than their averaged per person tax refund of well over 2 million dollars!

I need mention Governor Kitzhaber's CCO's model for uninsureds has reinvested sustainable profits of 2% so far AND provided healthcare access to ALL uninsureds so they won't die nor commit suicide since ACA CCO's began in January because ALL profit gets reinvested and is NOT given to a CEO!!

Richardson is throwing peanuts out and hoping Oregonians will accept a measley $4,000 annually debit card for ALL healthcare.  To make matters worse, Richardson based  his idea on terribly outdated 2009 configurations and scare tactics--just read his letters and note the dates.  Oregon has never ever had such an out of touch politician running for office.