Oregon State University scientists looked at factors linked to cases of common variable immunodeficiency, which afflicts thousands of people worldwide and often prevents them from absorbing nutrients.
By:
Steve Lundeberg 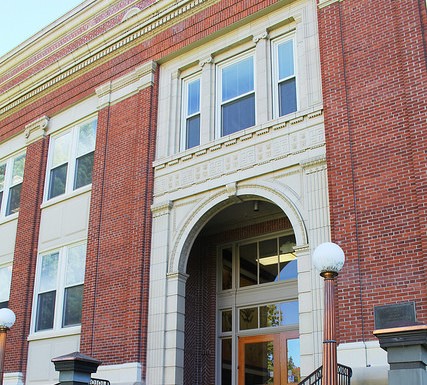 Oregon State University researchers have discovered two key factors behind the intestinal inflammation that plagues people suffering from a disorder that affects their immune system.

The findings, published in Clinical Immunology, are important because common variable immunodeficiency, known as CVID, afflicts hundreds of thousands of people worldwide.

A significant proportion of them will have potentially life-threatening intestinal problems that include improper absorption of nutrients, particularly fat.

CVID patients aren’t able to produce enough antibodies, Y-shaped proteins that mark invaders such as viruses and bacteria for destruction by the immune system. That means those people are highly susceptible to infection that often leads to chronic conditions, especially in their lungs, ears and sinuses.

In roughly 90 percent of the cases, CVID’s cause is an undetermined mix of genetic triggers; the other 10 percent have a known genetic cause.

Overall, about 15 percent of CVID sufferers will end up with intestinal inflammation that will show up as weight loss associated with severe diarrhea.

Researchers led by Andrey Morgun of the OSU/OHSU College of Pharmacy and Natalia Shulzhenko of Oregon State’s Carlson College of Veterinary Medicine used a novel computational approach called transkingdom network analysis to determine that a particular bacterium, Acinetobacter baumannii, is one of the main microbes responsible for CVID enteropathy.

“That bacterium had not been previously found to cause intestinal illness,” said Morgun, associate professor of pharmaceutical sciences.

The study, which involved 15 patients and several control subjects, also showed that CVID patients with enteropathy have dramatically lower levels of immunoglobulin A – the main antibody of the mucous membranes – in the tissue of their duodenum than do CVID patients who don’t have enteropathy. The duodenum is the first part of the small intestine, just beyond the stomach.

“This finding strongly suggests that CVID patients with enteropathy exhibit more mucosal immunodeficiency than those without and are therefore more at risk for a form of gut infection that could cause intestinal inflammation,” Morgun said.

Helping to lead the study along with Morgun and Shulzhenko were Ivan Fuss and Warren Strober from National Institutes of Health. Oregon State collaborators also included Xiaoxi Dong, Dariia Vyshenska and Ekaterina Peremyslova of the College of Pharmacy, and Renee Greer, Manoj Gurung and Stephany Vasquez-Perez of the Carlson College of Veterinary Medicine.

The National Institutes of Health provided funding, and the OSU Center for Genome Research and Biocomputing provided sequencing services and technical support.

About the OSU College of Pharmacy: The College of Pharmacy prepares students of today to be the pharmacy practitioners and pharmaceutical sciences researchers of tomorrow by contributing to improved health, advancing patient care and the discovery and understanding of medicines.