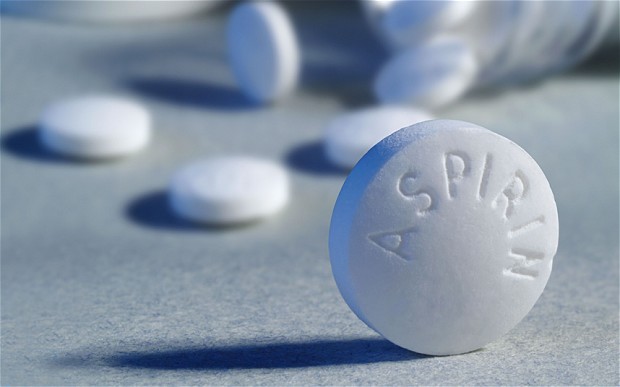 PORTLAND, Ore. – Researchers have outlined for the first time a key mechanism by which low-dose aspirin may inhibit cancer cell proliferation and metastasis.

Aspirin reduces the ability of blood platelets to raise the levels of a particular protein that can support malignant cells and allow them to survive and spread, scientists say.

It has long been known that low-dose, or “baby” aspirin can have some benefits in protection against cardiovascular disease, and there’s increasing evidence it may be useful in cancer prevention as well – especially colon cancer. The new study reveals at least one of the ways the cancer inhibition may take place.

The research was published by scientists from Oregon Health & Science University and Oregon State University in AJP-Cell Physiology, with support from the National Institutes of Health, the American Heart Association and Altarum Institute.

Low-dose aspirin does not appear to directly affect cancer cells, the researchers said. Instead, it inhibits the normal function of blood platelets and reduces their ability to upregulate an “oncoprotein” called c-MYC, which plays an important role in cancer cell proliferation and survival.

“The benefit of aspirin may be due to its effect on blood cells called platelets, rather than acting directly on tumor cells,” said senior author Owen McCarty, a professor in the Department of Biomedical Engineering at Oregon Health & Science University.

“Our work suggests that the anti-cancer action of aspirin might be in part as follows: during their transit in the blood, circulating tumor cells interact with platelets, which spur tumor cell survival by activating oncoproteins such as c-MYC. The inhibition of platelets with aspirin therapy reduces this signaling between platelets and tumor cells, thus indirectly reducing tumor cell growth.”

C-MYC in its normal biological role orchestrates the expression of more than 15 percent of all genes, including those involved in cell cycles, survival, protein synthesis and cell metabolism. But it also appears to be overexpressed, the researchers said, in a large number of human cancers, including colon, pancreas, breast, lung and prostate cancers.

“Early cancer cells live in what’s actually a pretty hostile environment, where the immune system regularly attacks and attempts to eliminate them,” said Craig Williams, a professor in the OSU/OHSU College of Pharmacy, and co-author on the study. “Blood platelets can play a protective role for those early cancer cells and aid metastasis. Inhibition with aspirin appears to interfere with that process and c-MYC may explain part of that mechanism.”

Also of interest, the researchers said, is that this effect of aspirin on platelet function is as great at low doses as it is at the higher doses which are sometimes used to treat inflammation, headaches or pain. This is consistent with epidemiological studies which show that the anti-cancer benefit of aspirin occurs at these very low doses.

This is significant, because using low doses of aspirin allows clinicians to minimize the risk of bleeding, which is a serious concern with any antiplatelet medication.

Blood platelets in healthy biological systems play an important role in blood clotting after injuries, and also in the repair of the walls of blood vessels. Unfortunately, they have also been found to play a role in tumor survival, growth, proliferation and metastasis.

This study shows for the first time the ability of platelets to regulate the expression of the oncoprotein c-MYC in cancer cells. Elevated expression of c-MYC has been found in almost one-third of colon cancers and 42 percent of advanced pancreatic cancer, the researchers noted in the study.

Anyone considering use of low-dose aspirin should do so only in consultation with their physician, researchers said, in order to balance the potential benefits against known risks.

“Because the interaction between platelets and cancer cells is believed to occur early… the use of anti-platelet doses of aspirin might serve as a safe and efficacious preventive measure for patients at risk for cancer,” the researchers wrote in their conclusion.

About the OSU/OHSU College of Pharmacy: The College of Pharmacy prepares students to be pharmacy practitioners and pharmaceutical sciences researchers able to advance societal health through leadership in pharmacy education, research, community engagement, and improved patient care.