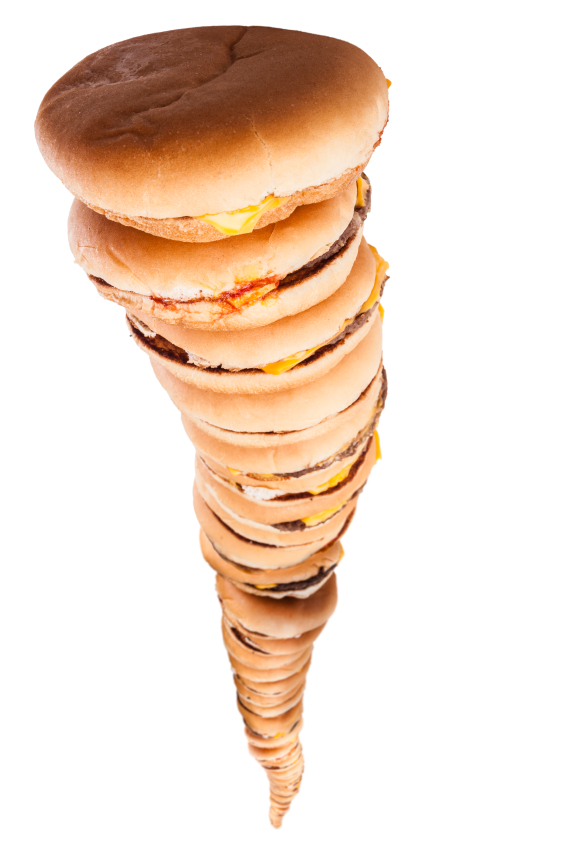 If everybody on the planet ate as much meat as Americans do, according to Dr. Robert Lawrence, the planet could only support a population of 2 to 3 billion people.

That's because meat and other animal products take so much energy to produce. But reducing the amount of meat we eat to 75 grams daily could improve the planet's carrying capacity, mitigate the effects of climate change and improve population health, he said.

Lawrence, the director of the Center for a Livable Future in Environmental Health Sciences, spoke in Portland recently about how a high-meat diet impacts health, the environment and the food supply. His talk was sponsored by the Oregon Public Health Association, a 550-member group of public health officials formed in 1944.

Lawrence opened his talk by noting that meat consumption in the United States has plateaued in recent years, most likely because the market cost of all food has risen, and people are eating cheaper sources of protein. Still, the average person eats 225 pounds of meat per year.

“The USDA is in a peculiar position,” Lawrence said. On the one hand, the agency backs the meat industry and large agribusiness in policy advocacy, but another branch makes nutritional recommendations.

“Increasingly, since World War II, meat has come from animals with lots of other ingredients,” Lawrence said. Birds, cattle and pork are often fed feather meal – made from chicken feathers that have been processed so the protein they contain can be digested.

He also attributed the rise in antibiotic-resistant bacteria to the use of antibiotics in the meat industry, saying that curbing unnecessary antibiotic use in healthcare is important. Eighty percent of antibiotics produced in the United States are used in animal production, and they are generally administered continuously, in low doses. He said his team has found a strong positive correlation between a person's proximity to hog farms and their likelihood of acquiring an antibiotic-resistant staph infection.

Lawrence also cited a recently published study linking red meat intake not just with previously known causes of illness and death – such as heart disease – but with all causes of mortality.

Besides these health effects, the environmental effects of meat industry practices stand to have a major impact on population health, Lawrence said.

Food animals outnumber people in the United States by 30 to one, he said, and the environmental impact of caring for food animals is substantial. Soil is eroding before it can be replenished, and feed lots pollute ground and water supplies.

“The really sobering part is that our current high-meat diet is highly inefficient,” Lawrence said. It takes 700 kilograms of grain to produce 100 kilograms of beef – and 1,000 kilograms to produce just one kilogram of grain. That means it takes 7,000 kilograms of water to produce one kilogram of beef. One of the thirstiest crops commonly grown in the US is also one of the biggest cash crops: alfalfa seed, commonly used as cattle feed. Despite the fact that California's Central Valley is experiencing one of the worst droughts in recorded history, some farmers are still growing it – to sell to China, which has a growing beef industry and demand for meat.

“Can we wind the clock back and embrace seasonality again?” Lawrence pondered. Some policy experts even suggest reintroducing rationing.

“Absolutely every speck of food that was bought with ration coupons during World War II was used,” he said.

The behavior changes recommended by Lawrence are hard to make and sustain, he acknowledged, and the food environment is not supportive. But there have been some positive changes, like the idea of Meatless Monday, a USDA campaign urging people to skip eating meat one day a week, which has been adopted by the Los Angeles School System.

“Free speech doesn't mean you can take a vulnerable, impressionable six- or seven-year-old and give them bad information,” Lawrence said.

Center for a Livable Future