Quarantine And Tracing Rules Are All Over the Map For Students 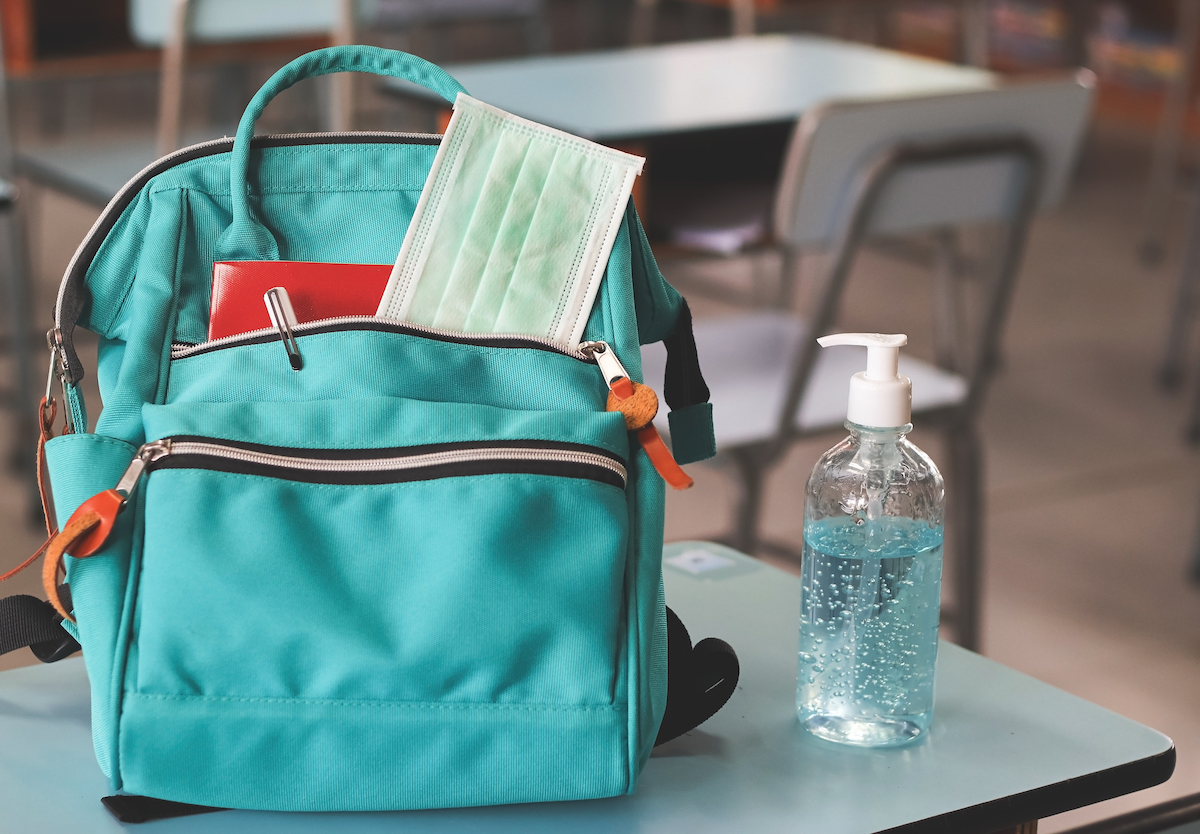 At this point in the pandemic, most parents are familiar with “COVID notification” letters. But the letters’ instruction on whether your kid must quarantine or not varies wildly from school to school.

In Minneapolis, students exposed to COVID-19 at school are supposed to quarantine for 10 days. In the suburban Anoka-Hennepin school district, a single exposure does not trigger contact tracing or quarantining.

In Andover, Kansas, schools follow quarantine protocols set by county health departments. With students from different counties attending the same school, those sitting next to each other in classrooms could be quarantined based on two sets of rules.

In Anchorage and many schools in Texas, close contacts of classmates who test positive for COVID are given the option to stay in class or to quarantine. In suburban Chicago, siblings of students with any symptom of COVID are required to quarantine until their sibling tests negative.

The number and complexity of school quarantine policies — in Fort Mill, South Carolina, eight pages of guidance directs students when to quarantine — have left many parents with the impression there is little rhyme or reason in quarantining one kid and not a classmate. Sometimes rules seem to vary within families: Christina Kennedy, a teacher in Bend, Oregon, got a call when her son was exposed to a positive case in August, and he was required to quarantine. But when her daughter was a close contact to a positive case, no call ever came.

“Unfortunately, we have a natural experiment going on across the country when it comes to schools reopening, particularly regarding quarantining,” said Dr. Leana Wen, a public health professor at George Washington University. “Some of it is understandable, but there is a piecemeal approach for certain when it comes to various approaches.”

The Centers for Disease Control and Prevention’s guidance calls for unvaccinated kids exposed to someone who tests positive for COVID to quarantine for a length of time determined locally. But a state or county or school district’s decision to impose a quarantine requirement is haphazard. An informal coalition that advocates for in-person learning, Ed300, found that 31 states are not automatically quarantining students from close-contact exposures.

“What we have learned from this pandemic is that when there is not a directive, school districts will behave autonomously and you’ll get this kind of outcome — good, bad or otherwise,” said David Law, superintendent of Minnesota’s Anoka-Hennepin School District.

That’s true in many other areas too. “Principals and county health officials have a lot of leeway,” said Leslie Bienen, a parent involved with Ed300 and a faculty member at the Oregon Health & Science University-Portland State University School of Public Health.

“The quarantine could be seven or 14 days,” Bienen said, and local officials have a lot of say in determining who qualifies as a close contact — defined by the CDC as having been within 6 feet of someone for a cumulative total of at least 15 minutes over a 24-hour period. But the agency has also recommended that schools maintain at least 3 feet of distance between students.

Local control isn’t necessarily a bad thing — schools should be the ones setting their rules, Wen said — but that’s why things can look so different from one school to the next, no matter how close they are in proximity.

Kennedy, the Bend, Oregon, teacher, works at a private school while her husband teaches at a public school her kids attend.

Districts in the same county, under the purview of the same public health officials, are handling it differently, she pointed out. “Nothing is consistent. They say it’s all based on science, but we’re not allowed to question or point out anything. Why is it this way here and this way there? It’s super frustrating as a parent and as a teacher,” Kennedy said.

Another frequent complaint: Policies differ depending on whether students are there for school or for after-school activities or whether it is a community or sporting event. “What really irritates our community is that you can show up for a community event at the school or spend four hours at a sporting event and no one gets quarantined, but you can sit next to someone for 40 minutes during the school day and be out of school for 10 days,” Law said.

The confusion has left many parents wondering whether policymakers have done their homework.

Jessica Butler Bell, vice president of communications for Webster Elementary’s PTA in California’s Santa Monica-Malibu Unified School District, said parents are asking, “Are we really following the science? Or are we being too careful? It has to be rooted in logic, and I think people are going, ‘Have you thought this through?’”

Bienen co-authored an opinion piece in The Wall Street Journal titled “It’s Madness to Quarantine Schoolchildren,” citing research showing that only a small percentage of students quarantined ended up testing positive for COVID as a result of the school-based contact. The group also says data from Portland Public Schools shows that students who attend Title I schools — those that receive special federal funding because they serve large numbers of low-income families — are more likely to be quarantined.

“Kids with means go on vacation or to their grandparents when they’re quarantined,” Kennedy noted. “That’s great for them, but what about kids who don’t have parents at home? They’re sitting at home with no learning, no food, no services. It exacerbates the inequities.”

But parents get equally upset when rules are lacking: Wen said she’s heard of parents doing their own informal contact tracing when they think their schools aren’t doing a thorough job.

The complicated policies have other repercussions. Some parents grow reluctant to test their kids, Kennedy said, for fear that a positive test will force them out of school or activities. And at some schools, she added, teachers delay giving out seating charts to school nurses or other public health officials for contact tracing, knowing that kids may have to quarantine after the information is shared.

Some schools are piloting a possible solution: replacing quarantines with a “test-to-stay” policy. Under such a policy, any student deemed a close contact would be able to take a rapid test and show a negative result to stay in school and avoid quarantine.

CDC Director Rochelle Walensky recently noted that “we are working with states to evaluate a test-to-stay policy as a promising potential new strategy for schools. And we anticipate that there will be guidance forthcoming.”

Wen said she is optimistic the policy could help. “It’s a way to prevent kids from being out of school.”

In Santa Monica-Malibu, one frustration Butler Bell hears from parents is that there’s no plan for ending quarantines and other layers of protection.

Parents often feel their concerns are not being considered, Kennedy said. “If [decision-makers] spent one hour inside an actual classroom, they would make different decisions,” she said.