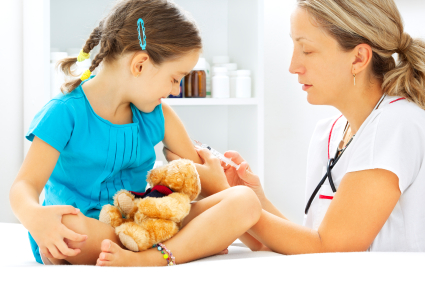 January 16, 2013 -- Asking for a show of hands during a breakout session on public health and coordinated care at last week's conference on Transforming Care, Chris Palmedo, director of public affairs at Northwest Health Foundation, said, “How many people believe the current system integrates care in a way that maximizes public health?”

Not a single hand went up among the 150 or so people present.

“It sounds a little trite, but the bottom line is that there is no other way,” Gaffney said. She mentioned that Lane County spends $1.33 per person, per month on preventive health efforts such as immunizations – to reduce healthcare costs before serious problems start -- but said public health departments could focus on other interventions such as tobacco reduction.

Of the women seeking prenatal care who come to Lane County’s public health department, for example, 39 percent are smokers, and the majority of them are on Medicaid, Gaffney said.

The county is doing more outreach, educating physicians and other providers to ask their patients about tobacco use and refer them to cessation programs.

Douglas County also has a high percentage of smokers, and other health indicators are poor. “We always like to bring up our county health rankings since we're at the bottom,” Madison said.

Public health officials also have been referring patients to other services such as domestic violence agencies or support groups for postpartum depression.

“We found that the public health clinic is just an entree to all kinds of other health services for women in the county,” Madison said. “It's a way the CCO and all the partners of the community are working with us.”

In Jackson County, meanwhile, public health officials are making certain the consumer voice is heard within the coordinated care organization. And, the health department is partnering with other public agencies on issues such as transportation – so that their offices are close to bus lines – and early childhood education.

During a question and answer session, Lee Schwartz from the OHSU School of Dentistry asked about data gathering, which is a critical part of moving care forward. “What [data] do you want? What do you think you can get?”

Another audience member, Sarah Smith, said her 25-year-old daughter has a mental health diagnosis and is receiving treatment ordered by a court, but is unable to access nutritional supplements because they’re not on the list of approved medications.

“She's in this paradigm to label and medicate that is our mental health system,” Smith said. Referring to Robert Whitaker's book, Anatomy of an Epidemic, which investigated the increase in prescriptions for psychiatric medications, Smith asked how CCOs will incorporate the voices of people with mental health diagnoses.

Gaffney said she had read Whitaker's book and seen him speak during a visit to Portland, and was interested in exploring some of the alternatives to medication that he recommended. She added that investigating lower-cost, recovery-oriented mental health care fits in with a larger push toward midwifery, naturopaths and other less expensive healthcare services.

Shepherd acknowledged that simply including consumers on boards of directors may not be enough – that CCOs will also need to assure that consumers have the resources (including child care and transportation) that they need to get to meetings.

“We all have a role in ensuring there's a strong consumer involvement. It can look like there's a consumer voice but that's not actually happening,” Shepherd said.