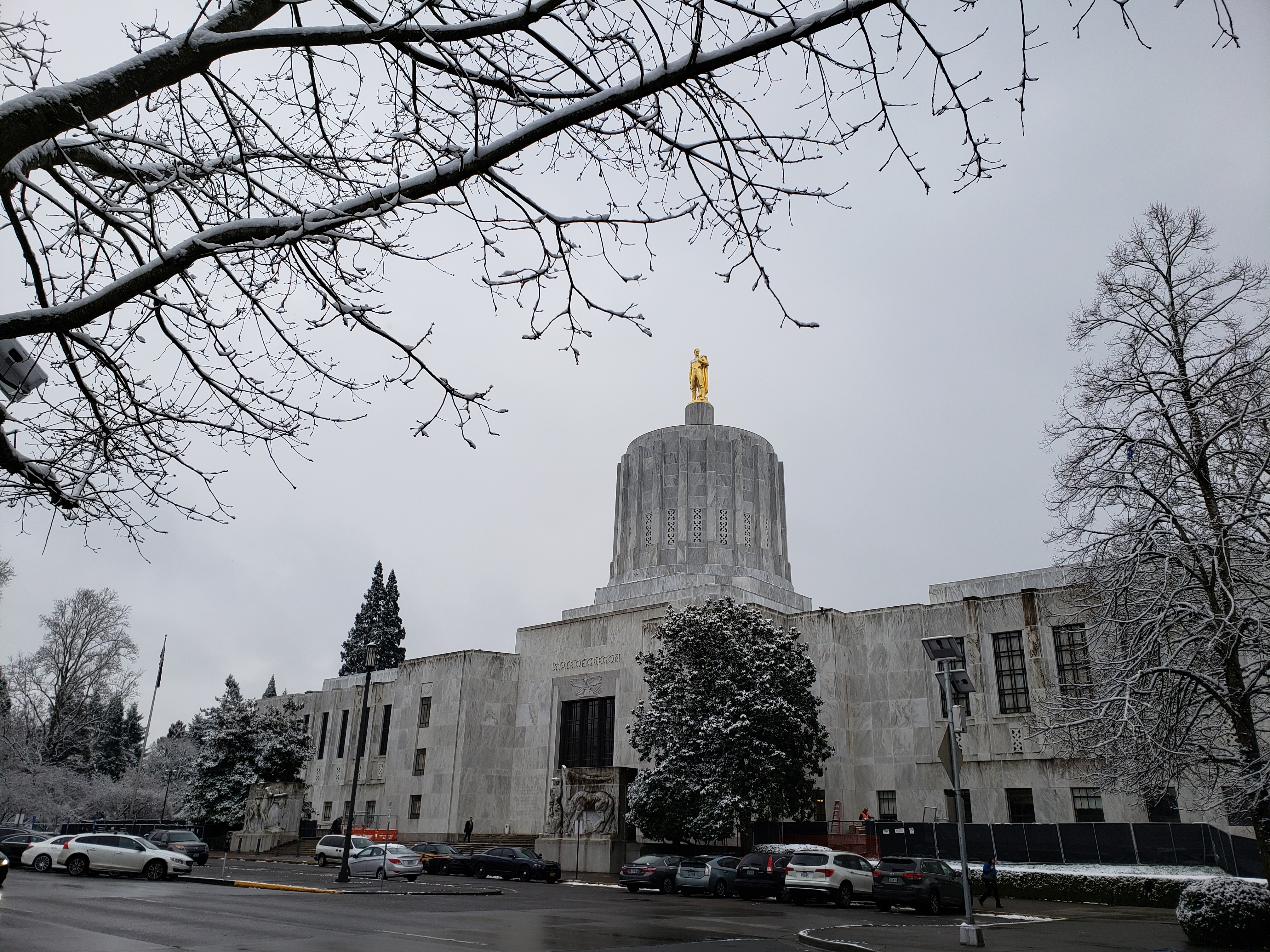 Oregon lawmakers on Thursday approved a tax proposal to help cover the $950 million hole in the Medicaid budget, but not without controversy.

The taxes are projected to raise an additional $98 million from hospitals and $410 million from insurance plans to help cover the Medicaid gap.

A total of $90 million will go to the Department of Consumer and Business Services to run the state’s reinsurance program that helps insurance plans cover the costs of more expensive health claims. The rest will go toward the Oregon Health Plan.

The hospital and insurance plan taxes are just two pieces of Gov. Kate Brown’s proposal to fund the Oregon Health Plan. She also proposed raising the state’s tobacco tax by $2 per pack to raise an additional $95 million, taxing employers with employees on Medicaid to raise $120 million and contributing $125 million from the state’s general fund. Brown and lawmakers expect voters to decide on the tobacco tax.

Rep. Christine Drazan, R-Canby, and Rep. Denyc Boles, R-Salem, were the only Republicans among four on the committee to vote “yes” on Thursday’s hospital and insurance tax proposal after a heated partisan dispute over amendments that would have exempted K-12 school districts, college students and small businesses with 25 employees or fewer from paying the taxes.

“I’m making the decision not to be partisan on this despite how this process has gone,” Drazan said before endorsing the plan.

Marc Thielman, Alsea School District superintendent, testified in favor of the amendments at the hearing, saying the Medicaid taxes cost the school districts even more than expected.

In 2018, the tax cost school districts about $10.7 million, the equivalent of about roughly 107 teachers’ salaries and benefits, The Oregonian reported.

The amendments failed after all seven of the Democrats on the committee opposed them and all four of the Republicans supported them.

The committee broke for recess, and Rep. Mitch Greenlick, D-Portland, and Hayden left the chamber for “negotiations” before the final vote on the bill.

“We have a delicately arranged package here that people have worked on for a very long time,” said Greenlick, the committee chair, before voting “no” on the amendments. “I don’t think this is the place to change that package.”

He added that he admired Hayden’s work to improve the bill, but emphasized that the Medicaid package helps children.

Boles argued that the House Health Care Committee is exactly the place to work out such details. She and Drazan ultimately voted in favor of the bill.

“In the spirit of covering people in our community who need to be covered, I will give this a courtesy ‘yes,’” Boles said.

Republicans complained that they were not included in developing the legislation and that school officials were not consulted.

Rep. Ronald Noble, R-McMinnville, said committee members were also told to limit their questions about the bill during public testimony, which Greenlick refuted. Noble and Hayden both voted “no” on the bill.

“This is a funding package that has a lot of good things in it," Hayden said. But, he said, “it is a half-baked cake at best, maybe with raw eggs in the middle.”

He argued it is too risky for the state to leave $95 million of the budget up to voters, who will likely decide whether or not the state increases a tax on tobacco by $2.

Patrick Allen, director of the Oregon Health Authority, said he was confident that the Legislature could come up with the funds to cover Medicaid in the short-term if the tobacco tax increase fails. However, he said such a failure could cause serious budgeting problems in the long run.

“If we’re talking about this budget, I’m comfortable this is a solid package that will adequately fund the Oregon Health Plan,” Allen said.

The health committee’s approval means the Legislature’s Joint Ways and Means Committee will vote next on the bill. The committee can either approve the bill for a House vote or send it to a subcommittee for more work.

Have a tip about Medicaid or Oregon health care? Contact Jessica Floum at [email protected].

Feb 7 2019
News source:
The Lund Report
Keywords:
legislature, medicaid, Kate Brown
×
This article is for premium subscribers. If you are one, please sign in below.
You can see two more premium stories for free. To subscribe, click here. We depend on premium subscriptions to survive, and they are tax deductible.
Sign InGo Premium Not now