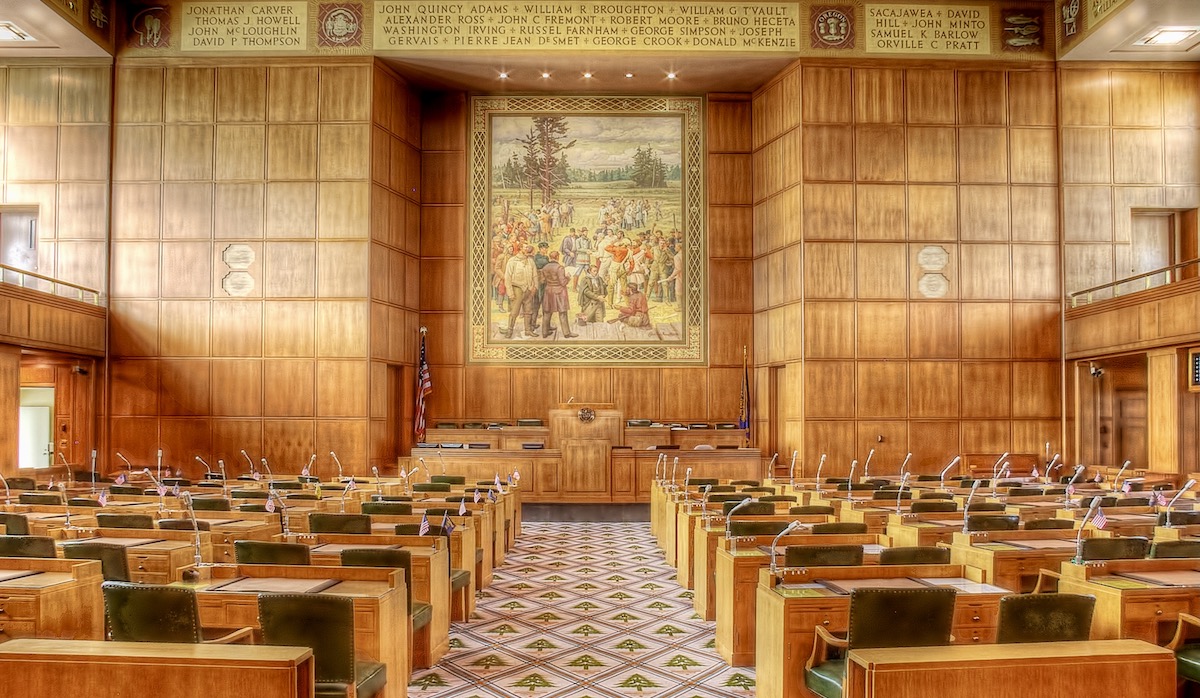 Rep. Andrea Salinas, D-Lake Oswego, will re-introduce a bill in the upcoming legislative session to address racism and its health effects on Oregon’s communities of color.

Speaking in an informational meeting with the House Interim Committee on Health Care, Salinas and three advocates spoke about Legislative Concept 238, a revival of last year’s House Bill 2337.

While HB 2337 failed, the state Legislature did pass its first explicit declaration of racism as a public health crisis with House Resolution 6 in June. It was an important first step, said advocates during Thursday’s informational meetings, but they urged legislators to move forward this year with direct action.

“It is not enough for a medical provider to make a medical diagnosis. The medical provider and team have to come up with interventions and treatment options for the patient so that they can address the diagnosis,” Angela Harris, former president of the Linn Benton Counties NAACP, said. “Now that HR 6 has been passed and we have a diagnosis, we must work as a collaborative team to create, pass and implement legislation that will address the problem and work toward better outcomes.”

LC 238 would require the Oregon Health Authority to set up a mobile health unity pilot program to provide care for communities where there is a lack of access to care and a higher BIPOC population. The term BIPOC stands for Black, Indigenous and people of color.

Rep. Andrea Salinas, D-Lake Oswego, speaks at a PCUN rally to kick off a campaign for farmworker overtime, a bill they’re introducing again in the short legislative session, on Tuesday, Nov. 16, 2021 at the Oregon State Capitol in Salem, Ore.

In April, the Centers for Disease Control declared racism a serious public health threat and pointed to the COVID-19 pandemic as evidence of inequities that “have existed for generations and revealed for all of America a known, but often unaddressed, epidemic impacting public health: racism.”

“Racism is not just the discrimination against one group based on the color of their skin or their race or ethnicity, but the structural barriers that impact racial and ethnic groups differently to influence where a person lives, where they work, where their children play, and where they worship and gather in community,” wrote CDC Director Rochelle P. Walensky at the time. “These social determinants of health have life-long negative effects on the mental and physical health of individuals in communities of color.”

Leslie Gregory, founder and director of Right to Health, spoke during the informational meeting about her experience with mobile care units. Gregory lives in Clackamas County and practices medicine in Multnomah County.

She spoke about being mentored by her mother, also a clinician and the first Black graduate of her professional school. Her mother developed a mobile unity strategy after being tasked with reducing the number of minorities visiting the emergency room and her major medical center, Gregory said.

This unit went out into communities and screened for the most common metabolic and underlying diseases that disproportionately affect people of color.

“I saw first-hand the impact she made on the community and the gratitude and efficacy that further fueled my desire into medicine,” Gregory said.As Gregory noted, the Kaiser Family Foundation has estimated that health inequities amount to $93 billion in excess medical care costs and result in $42 billion in lost productivity per year. There are additional economic losses due to premature deaths.

“These healthcare dollars could much better be spent, as you are aware, on preventative research strategies for the benefit of all people,” Gregory said.

The bill would also create racial affinity groups, hosted by the Oregon Advocacy Commissions Office, to better understand health inequities and disparities. Community members informing and developing recommendations for the OHA would be compensated.

“HR 6 was a powerful first step and acknowledgment of the generations of systemic inequities this country and state were built on and continue to maintain but a declaration is empty,” added Esther Kim, the co-director of the Oregon Health Equity Alliance in Portland.Kim said the legislation contains the short and long-term strategies needed to address racism and spoke about their work with affinity groups in their own task force. Kim called LC 238 a meaningful investment in community engagement and the beginning of building an anti-racist state.

“Dr. Martin Luther King said, of all forms of inequality, injustice in health care is the most shocking and inhumane,” Gregory said. “It is time for us not only to revere our leaders of color but to honor their imperatives with action. LC 238 presents us with the resources to do so.”