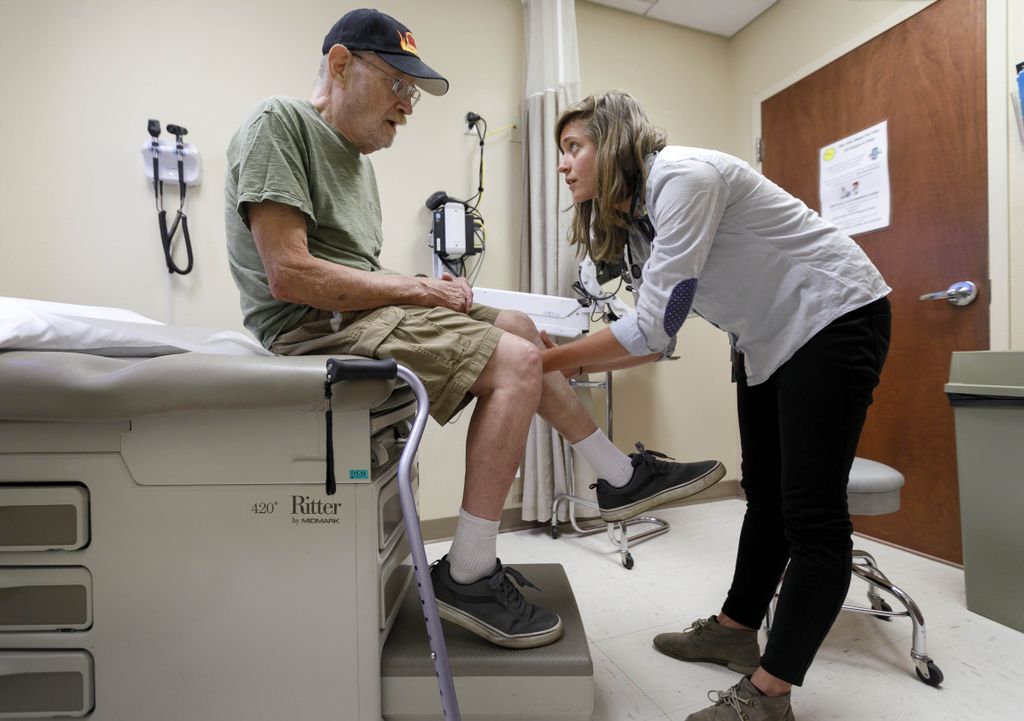 A major grant awarded today to Oregon Health & Science University and the University of California, Davis, promises to expand access to quality health care between Sacramento and Portland through a network of teaching hospitals and clinics in mostly rural areas.

Over the next several years, COMPADRE will place hundreds of medical students and resident physicians to train under faculty and community physicians at 10 health care systems, 16 hospitals and a network of Federally Qualified Health Center partners throughout Northern California and Oregon.

COMPADRE’s main goals are to: address health care workforce shortages in rural, tribal, urban and other communities that lack resources; increase access to health care providers; and improve the health of patients from ethnic and racial minority groups who are disproportionately affected by certain conditions.

The grant is part of Reimagining Residency, the AMA’s response to better align the physician workforce to the needs of the U.S. health care system.

“Our responsibility as a medical school is not only to train outstanding physicians but also to train physicians who meet the needs of all our communities,” said Sharon Anderson, M.D., dean, OHSU School of Medicine. “This grant provides the resources and framework needed to build on our existing efforts in an intentional and coordinated manner so that we have more and even clearer pathways for students and trainees motivated to serve where they are most needed. We applaud the AMA for this vehicle to better serve our country and are thrilled about our partnership with UC Davis.”

“The mission of UC Davis School of Medicine is to train a diverse body of students who can transform the health of the communities they will serve, and COMPADRE will do just that,” said David Lubarsky, M.D., M.B.A., chief executive officer of UC Davis Health, which includes the medical school. “We are grateful the AMA chose our UC Davis-OHSU partnership for this novel initiative. We are eager to launch this powerful regional coalition to reduce health disparities, strengthen the rural workforce and better align medical education with specific needs in communities where physicians are in short supply.”

Both schools participated in the AMA’s highly competitive Accelerating Change in Medical Education initiative. The funding allowed the Sacramento-based UC Davis School of Medicine to create a three-year degree curriculum in addition to its usual four-year education to more quickly fill the need for primary care physicians, known as the Accelerated Competency-based Education in Primary Care program. A similar grant allowed the OHSU School of Medicine to reengineer its curriculum so that medical students can better care for patients and populations in the rapidly changing digital era.

When the two institutions learned of the AMA’s new effort to reimagine residency training, each considered the most difficult problems facing the medical education system: physician burnout, students being unprepared to transition to the next phase of graduate medical training, workforce shortages, and health disparities in rural and underserved communities.

Research shows minority, tribal and rural populations suffer poor health outcomes because of inequalities in social conditions and uneven distribution of physicians. Doctors tend to practice close to where they received their education; those who train in rural hospitals and clinics are more likely to practice rural medicine.

The AMA announced its Reimagining Residency grant awardees in Chicago on June 5. More than 300 institutions and organizations collaborated to submit 252 grant proposals and only eight were selected to receive the full amount of funding.

“COMPADRE is a comprehensive initiative that will reinvent graduate medical education in California and Oregon,” said Mark Servis, M.D., vice dean for medical education at UC Davis. “This initiative will enable our two pioneering medical schools to better prepare residents for practice in under-resourced communities and to care for vulnerable patients.”

“With our expanded network in Northern California and all of Oregon, we are really excited about the impact we can have in partnership with underserved communities,” said George Mejicano, M.D., senior associate dean for education, OHSU School of Medicine.