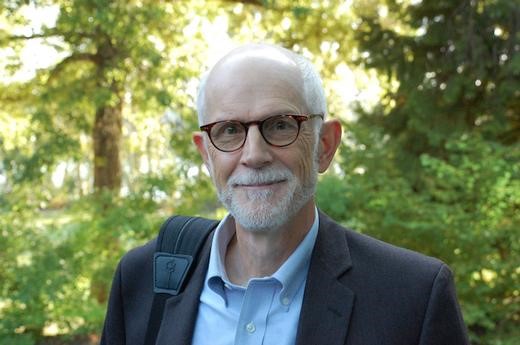 Today, the Multnomah County Bar Association is awarding Bob Joondeph its Professionalism Award in recognition of his advocacy on behalf of people with disabilities. Bob served as Executive Director of Disability Rights Oregon (DRO) for 30 years.

The award is considered to be among the highest honors that the legal community bestows on attorneys. During his storied legal career devoted to the public interest, Bob resolutely fought for upholding the civil rights of people with disabilities.

“Under Bob’s leadership, DRO’s legal advocacy reshaped disability rights law in Oregon and those changes reverberated across the country. And these are issues that really matter to people’s everyday lives. If you look at the lives of people experiencing intellectual and developmental disabilities in Oregon today compared to what their lives looked like before the Fairview Training Center was closed, it’s radically different. His pioneering advocacy will have an enduring impact on the lives of thousands of Oregonians with disabilities across the state,” said Jan Campbell, President of the Board of Disability Rights Oregon.

The major civil rights milestones reached during Bob’s tenure at DRO include:

Lane v. Brown: Last month marked the end of Oregon Department of Developmental Disabilities Services-funded sheltered workshop services in Oregon. And Oregon is leading the way nationally in creating community jobs for workers who experience intellectual and developmental disabilities. The percentage of workers with intellectual and developmental disabilities in Oregon who work in integrated employment (57 percent) is nearly three times greater than the national average (20 percent), according to data released in February.

Oregon is ahead of the curve because of the settlement of the first U.S. class action lawsuit to challenge sheltered workshops that pay sub-minimum wages to people with intellectual and developmental disabilities. DRO brought this landmark lawsuit in 2012 and enforces the settlement agreement that requires that state to find 1,115 people community jobs by mid-2022.

Closure of Fairview Training Center: Opening up workplaces to people with intellectual and developmental disabilities didn't happen overnight. The groundwork was laid decades ago, when DRO and others began challenging the institutionalization of people with intellectual and developmental disabilities. Fairview Training Center was the largest institution of its kind in the nation, housing thousands of babies, kids, adults and the elderly individuals with disabilities. After years of advocacy, Fairview's doors were permanently closed.

Staley v. Kitzhaber: Fairview’s closure created a new challenge: A wait-list of more than 7,000 Oregonians who needed support services in the community. DRO filed a lawsuit against the state. As a result, today, every child and adult with individual with an intellectual or developmental disability in Oregon is eligible to receive support services to help them live in their own home or with family or friends and to fully participate in community life. That's the “brokerage” service system that the Staley v. Kitzhaber case helped to create.

Mental Health Rights: For years, DRO fought to improve conditions at the state's three previous overcrowded, understaffed psychiatric hospitals. None remain standing. When DRO first began investigating conditions at the Oregon State Penitentiary unit for people with severe mental illness, they were shocked at what they saw. People were spending 23 hours a day in their cells with no treatment. As a result of DRO’s work, today, OSP has overhauled its treatment of inmates with severe mental illness. Now inmates in the Behavioral Health Unit no longer live in a place where forced cell extractions, self-injurious behavior, and attempted suicide are common. During most of the past year, the prison reached or exceeded the out-of-cell-time goals.