A Medical Teams International specialist screens a man for Ebola in Uganda..jpg 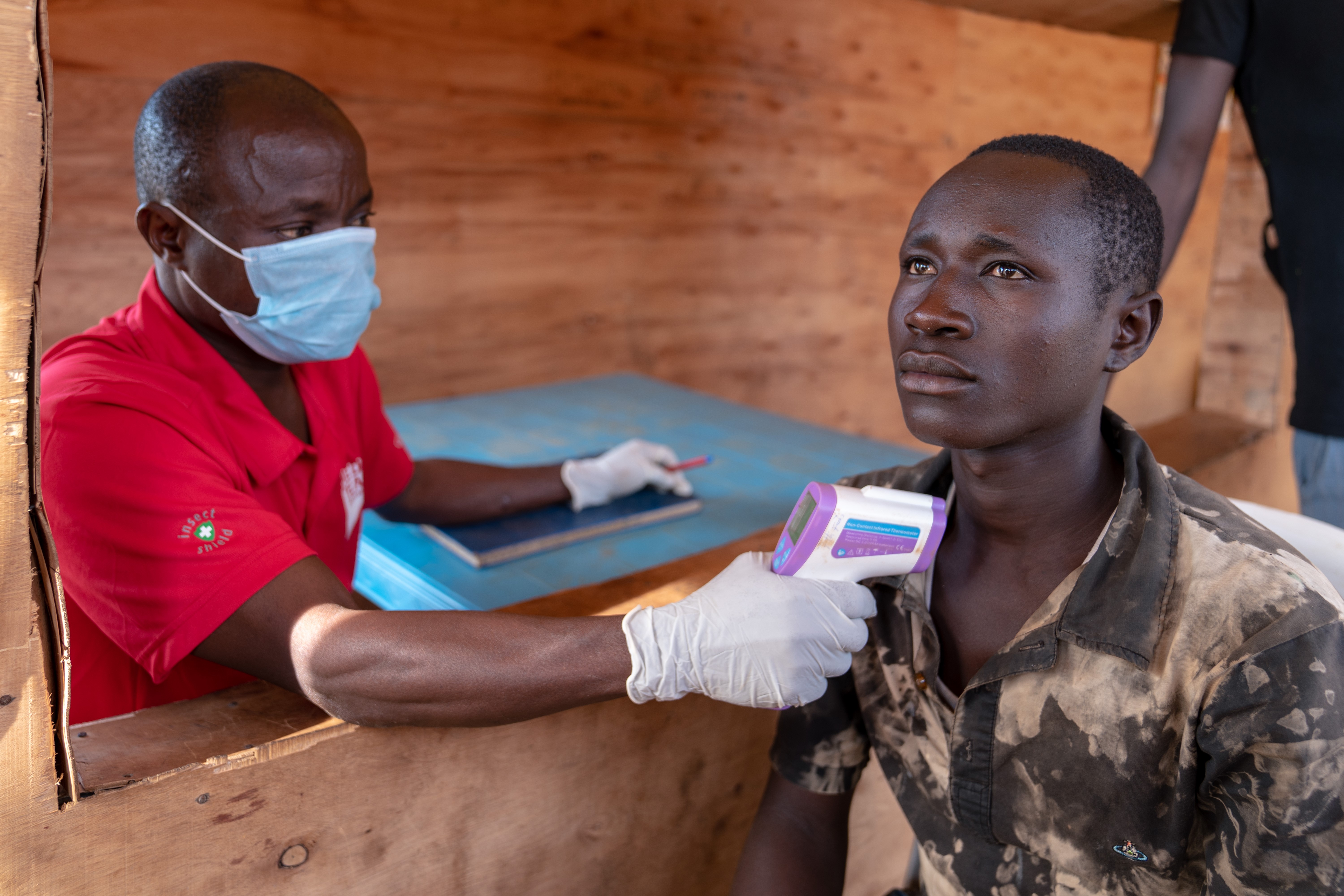 A health workers screens a man for Ebola in Uganda./Medical Teams International

Uganda’s first case of Ebola has been confirmed by the Ministry of Health (MOH) and the World Health Organization (WHO), marking the first case to be confirmed outside of the Democratic Republic of Congo (DRC) since the outbreak began last August.

The first confirmed Ebola case was a 5-year-old child from Uganda with a Ugandan father and a Congolese mother who resides in Uganda. The mother and child traveled to DRC to attend the burial of the boy’s grandfather who died of Ebola. Upon returning to Uganda, the boy sought medical care at a local hospital where health workers identified Ebola as the cause of his illness. The child was transported to an Ebola Treatment Unit where he was cared for and later died. Two additional family members have also been confirmed for Ebola.

Medical Teams International plays a critical role in refugee health care as refugees cross into Uganda as the primary health care provider for nearly 1 million refugees and Ugandans throughout the country. Through funding from ECHO, UNHCR, the U.S. State Department, and other donors, Medical Teams is working tirelessly to train staff and partners in infection prevention and control practices, increase supplies and ambulances at all critical health facilities and screening locations, and conduct monitoring visits to identify critical gaps and strengthen quality.

“The country here has been on high alert, expecting that at any time we’ll receive a confirmed case like this,” said Andrew Hoskins, country director for Medical Teams International Uganda. Hoskins led Medical Teams’ Ebola response efforts in Liberia during the disease’s deadliest outbreak in modern history. That outbreak, spanning 2013 to 2016, cut a deadly path through West Africa, killing more than 11,000 people.

“We have been expecting and preparing for Ebola to cross the border. Now this means containing this outbreak and making sure it doesn’t become an epidemic,” Hoskins said. “Medical Teams International is working alongside the Uganda government to safely isolate and transport any suspected cases to special wards dedicated to manage Ebola cases and other types of hemorrhagic fevers.”

New cases in Congo bring the total to more than 2062, which includes 1968 confirmed and 94 probable cases. So far, 1390 deaths have been reported. As the cases continue to grow, so too does the number of refugees crossing into Uganda.

Roughly 86 percent of all refugees are women and children fleeing violence, political chaos and now Ebola. Threats from rebel groups and resistance from scared communities in the affected areas have hampered the response inside Congo. The newly arrived refugees bring with them stories of Ebola’s fast spread in Congo.

Medical Teams International has more than 1800 staff operating throughout the country and is the largest health implementing partner for UNHCR for refugee health care in Uganda. In western and southwest Uganda there are 675 serving as the first people refugees encounter after they cross the border. The number of refugees in this area has exceeded 240,000, most of whom are women and children.

“It’s a perfect storm, considering the conflict in Congo and the political tensions,” Hoskins said. “We’re all in this together, and as a partner with Uganda’s Ministry of Health, we want to ensure that we stand with them. The key is early detection of any cases, so that’s one of the main things Medical Teams is doing—making sure we have community health care workers who are informed about these signs and symptoms.”

Through these efforts, disease monitoring, screening and heightened protocols for infection prevention and control have been intensified at entry points along the border. The Ministry of Health, World Health Organization, and Center for Disease Control (CDC) have dispatched a Rapid Response Team to support in case management, contact tracing, and ring vaccination in Uganda. The MOH has identified over 50 contacts that are being followed-up with and monitored.

Any refugee arriving from an area where there have been confirmed cases and exhibiting symptoms of Ebola, is moved to an isolation tent and tested. The process is to isolate, report and refer cases in coordination with the World Health Organization and the Ministry of Health.

Since the crisis began, Medical Teams has actively monitored the outbreak and has trained all staff on the protocols for spotting and reporting potential cases of Ebola. Medical Teams is also distributing protective gear and vaccinating staff against the disease.