Portland's Only Hospice House May Reopen In 2022 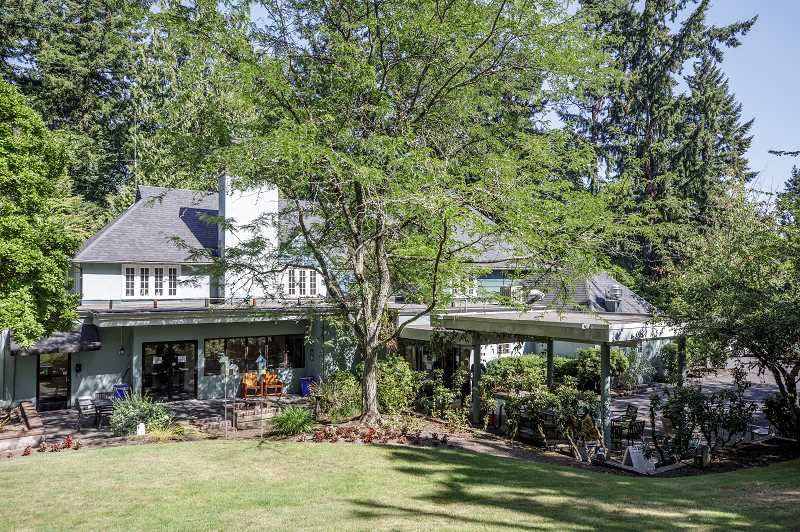 It's been almost two years since Legacy Hopewell House closed its doors. After a tireless fundraising and outreach effort, the only dedicated hospice house in the greater Portland area is on track to reopen in spring 2022.

It's an effort that's been in the works since Legacy Health shuttered Hopewell House in September 2019 for financial reasons. The hospice care home had been open since 1987 before it shut down.

Susan Hearn is co-executive director of Friends of Hopewell House. The group has led an ambitious and successful fundraising campaign, drawing sizable gifts from Marsha Randall, Joe Weston and Dan and Priscilla Wieden of Wieden+Kennedy, in an effort to purchase and reopen the 12-bed care facility that sits inconspicuously tucked back on Southwest Capitol Highway in Hillsdale.

Friends of Hopewell House is run by a 14-member board of directors and a slate of more than 50 volunteers. The board's plan is to bring in another $2.5 million, to cover start-up costs, building improvements and operational reserves for the next five years.

"We're on the cusp of signing the agreement to purchase the house," Hearn said, noting she and her team expect to enter into escrow on the property "within the month."

Not everyone is familiar with the hospice model, but for Sheryl Grenier, the reopening of Hopewell House is a welcome milestone.

Grenier spent 10 weeks at the home with her daughter, Stephanie Keeler, as she succumbed to a brain tumor in May 2019.

"She went from hosting us for Mother's Day, to a brain bleed the next day," Grenier said of her daughter, whose was diagnosed with a rare form of cancer. Keeler, 34, left behind four children, all of which were able to spend time with their mother at Hopewell House, while a team of nurses tended to her medical and acute care needs. If not for Hopewell House, Grenier said her daughter likely wouldn't have received the care she needed in her final days.

"It was a gut punch to myself and my husband to have this place that was so warm and comforting close," Grenier said. "I had no idea how much it was needed until I went through what I went through

The need for round-the-clock care is often beyond what most family members can provide. What's more, not everyone with a terminal illness has family or friends who can step in and help care for them.

That's part of what drives the need for a hospice care home. "Even though 80% of people say they want to die at home, only 36% of Oregonians die at home," Hearn said. "It's because of the caregiver breakdown and the ability for folks to be cared for in a dignified way. It's more about not having the support systems needed."

To make Hopewell House work this time around, board members say they'll rely on partnerships and reimbursements from local hospitals and healthcare agencies, eliminating the need for Hopewell to directly bill insurance agencies. For example, a patient at Providence Health in need of end-of-life care could be placed at Hopewell House, where Providence would oversee and direct the care of the patient, but Hopewell House staff provides the facility and 24-hour care.

It's a model already in use at Celia's House in Medford, but hard to come by anywhere else in Oregon.

"The concern is we'll be full as soon as we open," said Kathy Hostetler, who was hired to help with revenue generation and fundraising for Friends of Hopewell House. Hostetler said currently, hospice care options are limited to in-home care, which amounts to a daily visit that doesn't address a patient's full range of medication or hygiene needs, or care provided in a hospital.

Hopewell House is more a sanctuary than a hospital setting.

"For many hospice facilities like this around the country, funding has been an issue," Hostetler said.

Legacy Health was not available for comment on the imminent transfer, but Friends of Hopewell House board members said the organization is providing the property at a $1 million discount to the nonprofit organization, and will continue to be a healthcare partner once Hopewell House reopens.

Aug 6 2021
News source:
Portland Tribune
Keywords:
hospice, Hopewell House
×
This article is for premium subscribers. If you are one, please sign in below.
You can see two more premium stories for free. To subscribe, click here. We depend on premium subscriptions to survive, and they are tax deductible.
Sign InGo Premium Not now