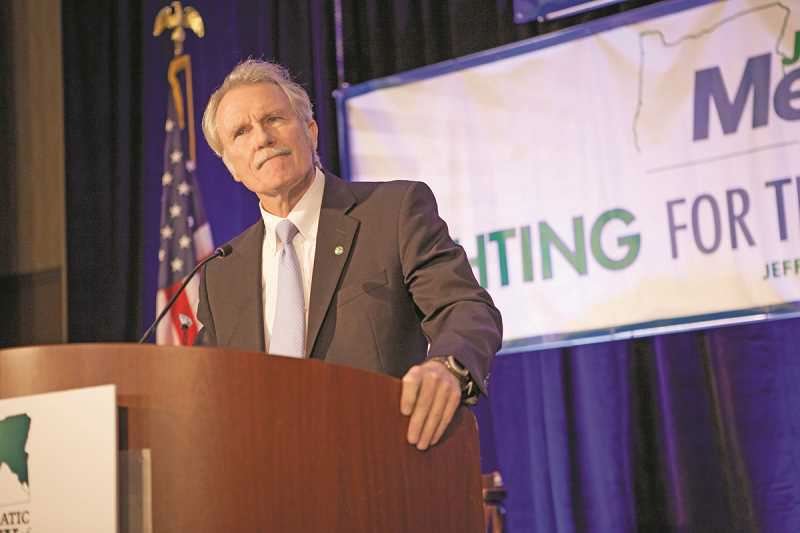 Courtesy of the Portland Tribune

Discussions are underway about using the former Wapato Jail as shelter to house the homeless and treat COVID-19 victims.

The idea is supported by owner Jordan Schnitzer, a developer who is working to open the facility as a homeless service center.

"Jordan Schnitzer and I have been in touch and talking about Wapato as it may relate to the COVID-19 outbreak. Given the emergent nature and urgency of the COVID-19 pandemic, we must be innovative, visionary and think out of the box. I am having conversations with the Joint Office of Homeless Services and public health officials, and all options are on the table —including Wapato — should it be a viable solution," Mayor Ted Wheeler said on Monday, March 16.

The idea was first proposed by former Oregon Gov. John Kitzhaber, who is also a former emergecny room physician, in a blog post on Sunday, March 15. In a lengthy piece on how Oregon should respond to the coronavirus pandemic, Kitzhaber noted that private fundraising is underway to open three of the facility's nine wings for the homeless.

"What would it take to use these wings to expand capacity for managing those with coronavirus who need inpatient care, but not (intensive care unit) care? There is no reason why this capacity could not still be used for the original purpose once the pandemic is over and, indeed, some of the investments in the facility that would be needed in the short term might be an asset to the long-term goal around homelessness," Kitzhaber wrote.

Schnitzer told the Portland Tribune that because Wapato has nine wings that can isolated from one another, it could be used for both the homeless and COVID-19 victims. He is currently working with the Helping Hands, a nonprofit organization, which is raising funds to turn Wapato into a residential treatment center.

"It has nine wings that can be isolated, bathrooms, showers, a kitchen, medical facilities. It could be up and running in 10 days," Schnitzer said.

Multnomah County — which operates the local public health system — did not immediately respond to a request for comment.

Multnomah County built Wapato as a 525-bed medium-security jail and treatment center in North Portland more than a decade ago for $58 million. It never opened because the County Commission never funded its operation.

County Chair Deborah Kafoury has consistently opposed using Wapato for the homeless because it is far from existing social services.

Schnitzer says the remote location is a benefit for treating people with COVID-19.

Schnitzer bought Wapato for $5 million in April 2018. He has been trying ever since to open at least part of it for the homeless, finally partnering with Helping Hands, which operates a series of shelters outside of Multnomah County. The organization has so far raised more than $4 million to remodel and operate it as the Bybee Lake Hope Center. It has not yet scheduled an opening.

This article was originally published by the Portland Tribune, one of more than a dozen news organizations throughout the state sharing their coverage of the novel coronavirus outbreak to help inform Oregonians about this evolving heath issue.