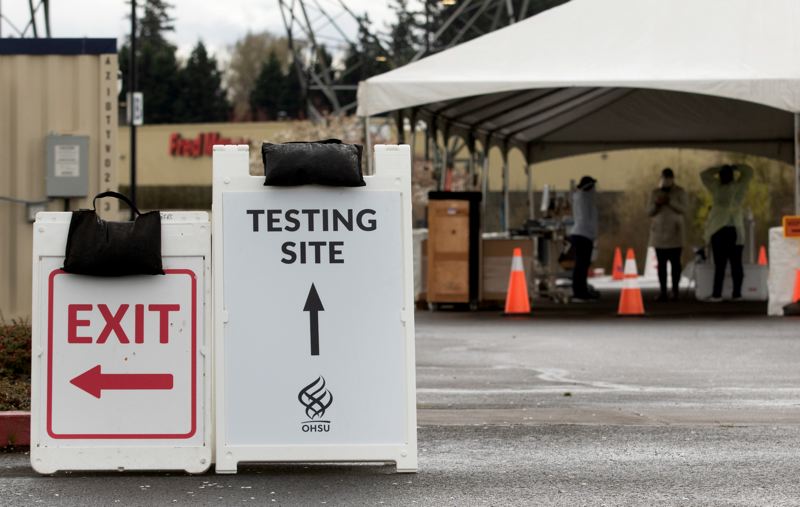 A new state breakdown of confirmed Oregon COVID-19 cases indicates that Hispanic Oregonians are over-represented, while African Americans are not.

The first public presentation of state racial and ethnic data for the disease, the new weekly COVID-19 report has been described by officials as filling in some of the gaps in state reporting that have drawn criticism in the past.

The report shows that 18 percent of confirmed cases are Hispanic people, significantly over the statewide proportion of about 13 percent.

Considering that Hispanics in Oregon tend to be younger than the general population, and COVID-19 tends to hit older people the hardest, "the disparity ... is really even greater," said Charles Rynerson, interim director of Population Research Center at Portland State University. "You would expect there to be even fewer cases than the 13 percent state distribution."

The report also shows that only 2 percent of Oregonians who are considered confirmed for COVID-19 were described as black, about equivalent to the census data of 2% to 3% statewide. Meanwhile, Asian people make up 2.5% of confirmed cases, Pacific Islanders 0.9%, and American Indians/Alaska natives 0.5%, according to the state report.

To some extent, the overrepresentation of Hispanics might not be so surprising, as coronavirus seems to hit densely populated areas harder, officials say. The bulk of the cases in Oregon have come in Multnomah and Washington, where Hispanics make up a larger proportion of the population.

But that explanation would raise questions about why the number of African-Americans confirmed positive in Oregon is so low. Elsewhere, African-Americans have been disproportionately impacted by the disease, according to a new report by the Centers for Disease Control — in some areas tremendously so.

Another factor is that the Oregon data is rife with limitations. Large portions of the cases — more than a third — either did not provide a particular race or ethnicity, or were not designated as such. That limits the data's usefulness, Rynerson said.

The new report echoed past state numbers, indicating that more than a third of confirmed Oregon COVID-19 cases are people 60 or older. Men make up almost 54 percent of the cases, while women constitute almost 46 percent.

But it's unclear whether the new breakdown of about 1,100 cases is representative of the overall impact of the new coronavirus. The majority of people afflicted by the new coronavirus don't get tested and are not considered confirmed even if health professionals believe they have it. Many are told over the phone to stay home rather than go to a provider or the hospital, unless their symptoms worsen.

In contrast, officials only consider cases to be confirmed based on positive test results. The state tries to focus its limited testing ability on people who work in health care facilities, nursing homes and other areas where large numbers of vulnerable people are.

People can get tested through other means, typically their provider or hospital system. But the opportunity for that varies widely based on differing lab capacities and other factors.

This story was first published by the Portland Tribune, which is sharing coronavirus coverage as part of an agreement among more than a dozen Oregon news outlets.