Portland Research Shows Vaping Illness May Not Be New 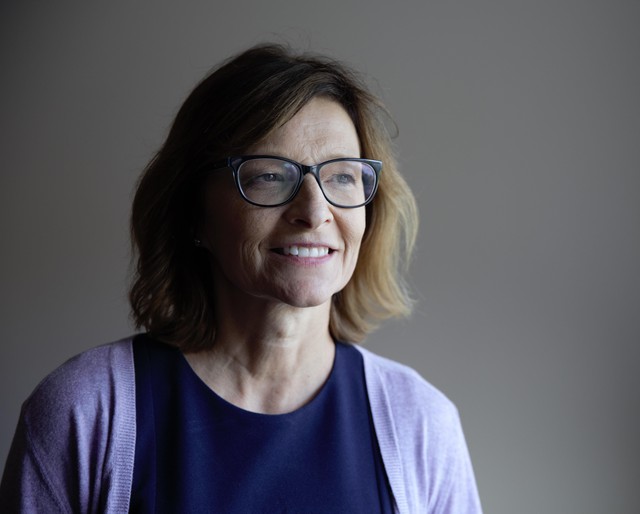 Dr. Cathy Markin wrote about her investigation of a womanwho suffered lipoid pneumonia after vapin in 2012./Kristian Foden-Vencil/OPB

Cathy Markin is a lung doctor at Legacy Good Samaritan Hospital in Portland. In 2011 she had a 42-year-old patient who came to her with serious breathing problems. She had suffered from a cough and a fever. She had also vaped for about seven months.

Markin looked at the fluid in the patient’s lungs and diagnosed lipoid pneumonia. That’s the appearance of oil in the lungs. Regular pneumonia is mucus in the lungs.

Markin suggested she stop vaping and her lungs cleared up. She wrote an article on the case, which appeared in CHEST, a publication for the American College of Chest Physicians.

Markin said she had another case three years ago, so she’s not sure what’s new with this recent outbreak.

“I think part of it is that more people are vaping. More physicians are recognizing that vaping could be playing a role in unexplained respiratory failure. But I also think that there’s something different going on our there. We wouldn’t see this cluster of cases unless there was something that was changing out there,” Markin said.

The Centers for Disease Control and Prevention is not ruling out contaminants. It just activated an Emergency Operations Center to continue investigations into 380 cases across 36 states.

The U.S. Food and Drug Administration is testing more than 100 samples from those states, and has not ruled out problems linked to contaminants such as THC, Vitamin E acetate, nicotine, diluting agents, cannabinoids, additives, pesticides and poisons.

Oregon Health Authority officials said the agency is still investigating cases in the state to determine the cause of the latest illnesses.