Faced with a directive from the U.S. Department of Justice to quell violent encounters between police and people with mental illness, the Portland Police Bureau has begun a behavioral health unit. The director of NAMI commends the force for trying, but an underfunded poorly coordinated mental health system continues to plague Oregon, putting police officers in an unnatural role.
By:
Christopher David Gray 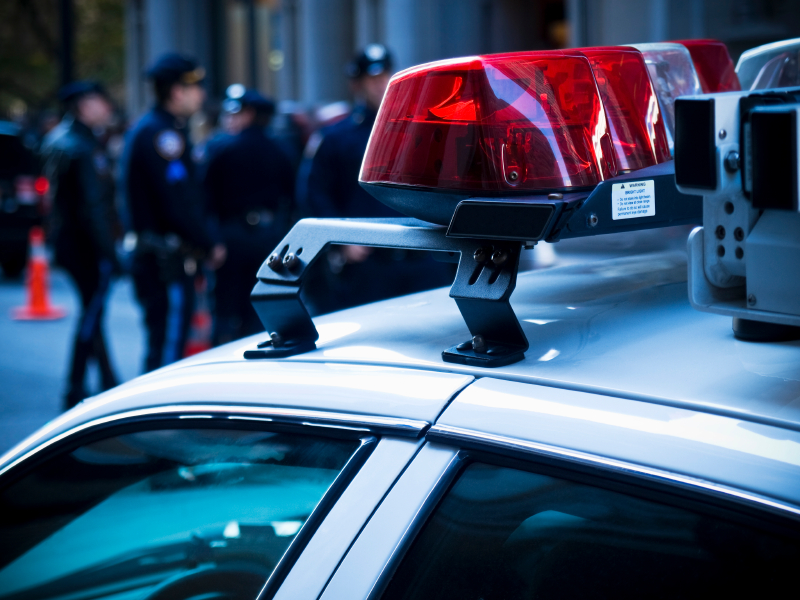 Portland Police Lt. Cliff Bacigalupi was a seasoned street cop when his police chief asked him to head up a new unit designed to address an unintended but growing part of the police force’s scope of practice -- performing triage on the high number of people with mental illness in Portland who are not receiving appropriate care and end up the source of 911 calls.

Bacigalupi said up to 10 percent of all police calls in Portland involve a mental health crisis, including many people living on the streets in the rough-and-tumble Old Town area near the west end of the Burnside Bridge.

“We get a lot of calls of people jumping out into traffic, laying down in the train tracks,” Bacigalupi told the public at a Portland City Club forum last week. “If we have repeated calls with the same person, it increases our chances of having an adverse contact.”

Bacigalupi blamed the rise in police on the shuttering of state mental institutions and hospital psychiatric units. He said the wars in Iraq and Afghanistan had also left a large number of returning veterans with post-traumatic stress disorder and traumatic brain injuries, which too often lead to disturbances in which police become involved.

The U.S. Department of Justice forced the Portland Police Bureau to move in a new direction after a series of violent encounters between cops and people with mental illness. In a September 2012 directive, Assistant U.S. Attorney General Thomas Perez and U.S. Attorney Amanda Marshall wrote that they had reasonable cause to believe that Portland’s police were using excessive force during interactions with people who had actual or perceived mental illness, including an overuse of tasers to electrically shock suspects.

In August 2010, police repeatedly shocked a naked man in the midst of a diabetic emergency; in May 2011, a police officer punched an unarmed man in the face seven times while responding to a call to check on the man’s well-being.

“We believe strongly that in addition to protecting constitutional rights, addressing this problem will increase officer safety,” Perez and Marshall wrote.

A month after the directive, Bacigalupi was put in charge of the all-new behavior health unit, which partners police officers with mental health professionals who are better trained to respond to people in the midst of a crisis related to mental illness, alcoholism or drug abuse.

Nearly all Portland patrol officers now undertake a certain amount of training on how to recognize and respond to a mental health crisis. Another 50 to 80 officers receive enhanced training, and more specialized mobile crisis units are sent directly to the scene of incidents. After Bacigalupi spoke at Kell’s Irish Pub in Old Town, one such unit responded to a man in crisis within sight of the pub entrance.

In addition to connecting someone with immediate medical attention, the behavioral health unit works to connect the mentally ill person with resources and develop a long-term plan they can follow once out of their immediate crisis. “I am amazed at the results if you create a custom-made plan -- how effective that really is,” Bacigalupi said.

Billy Kemmer, a civilian employee of the Portland Police Bureau, said similar services exist for people struggling with addiction, although services are limited by the number of program slots. “Being an addict needs to be addressed in a different way, same as mental health,” Kemmer said. “People have to go through [treatment] and change the trajectory of their existence.”

Chris Bouneff, the director of the National Alliance on Mental Illness -- Oregon chapter, told The Lund Report that a poorly funded mental health system had inevitably made police the first responders and point of contact for many people needing treatment. “That was not a role that they were expected to play.”

He commended police officers like Bacigalupi for making an effort to change the culture at the Portland Police Bureau. “They seem to be sincere about their efforts to improve,” Bouneff said.

But Bouneff countered other opinions offered by police that the flood of mentally ill people living on the street is a result of the closing of institutions such as Dammasch State Hospital and its 375 beds in Wilsonville in 1995. He pointed to a separate Department of Justice investigation into the state’s over-reliance on mental institutions and dearth of funding for community mental health programs.

“There’s a reason DOJ is here asking whether we are needlessly putting people in institutions who do not need to be there,” Bouneff said. “You can only put so many people in a system and park them there. You can’t build your way out of this problem.”

Gov. John Kitzhaber has responded to that federal inquiry by leading a boost in funding from the general fund on mental health in the current biennium, including a recommitment of money saved by the federal Medicaid expansion. Senate President Peter Courtney, D-Salem, followed that budget up last fall with the passage of a small cigarette tax that will give mental health a dedicated funding stream.

The coordinated care organizations that Kitzhaber helped create for the Medicaid population are tasked with treating mental health along with other health needs, and CCOs have an economic incentive in making upstream investments in mental health care since that will cost the organizations less in total medical costs in the long run. But Bouneff said progress has been slow; in Portland, FamilyCare has integrated mental health services but Health Share has not.