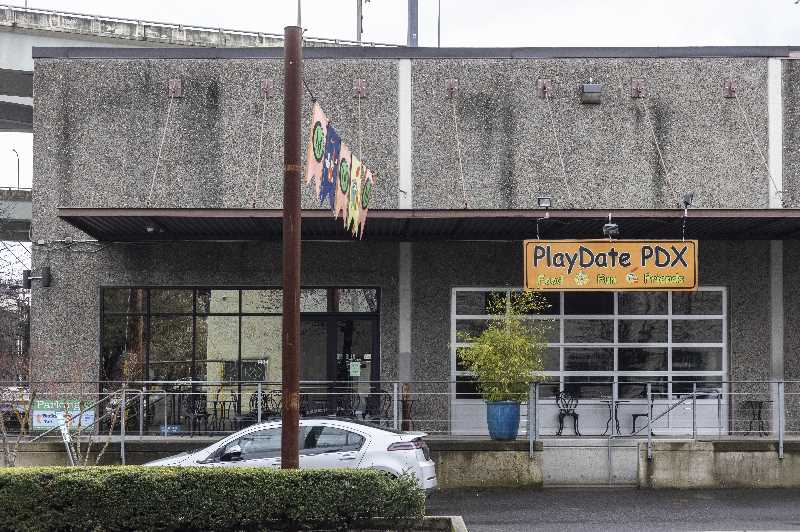 On a Sunday afternoon in December, a side room in a downtown children's play center was brimming with medical supplies and health care employees.

Portlanders praised the center's efforts to offer easy access to adult and pediatric COVID-19 shots in a kid-friendly setting at a time when vaccine appointments were hard to come by. To sweeten the deal, PlayDate PDX offered free pizza during the clinics and wine was sold for just $1 per glass. Children could get their shots, then meander through a jungle gym tucked behind a faux castle façade with a giant dragon head, as parents enjoyed libations.

It seemed like the perfect pairing — until the insurance claims came.

While patients weren't asked to pay out of pocket or billed for the vaccines, their insurance companies were. Paying those claims cut into the patients' annual insurance coverage caps for the year.

Representatives of the Department of Consumer and Business Services say the over-billing violates state and federal guidelines.

Jason Horton, a public information officer with the Department of Financial Regulation, said all health organizations and vaccine providers in the COVID-19 vaccination program — within the federal U.S. Centers for Disease Control and Prevention — must agree to a set of rules that guarantee everyone has free access to the vaccine. The rules also state that a provider "may not charge an office visit or other fee if COVID-19 vaccination is the sole medical service provided."

Most health care centers have been billing insurance companies about $40 for vaccines administered. Birkhahn and Pearl Health have billed $215 in most cases.

In one couple's case, both were charged a $40 vaccine administration fee, on top of a $175 office visit. The only service they received was a COVID booster shot at PlayDate PDX in December. Both patients tried to dispute the charge through their insurance companies, unsuccessfully.

Alexis Peterka was among the Portlanders who noticed abnormal charges billed to her insurance company following a booster appointment at PlayDate.

"My first two vaccines were at the airport through OHSU," Peterka said. "While I wasn't charged at PlayDate, they did bill my insurance differently and for much more than OHSU did."

Peterka was billed $40 for the immunization and another $175 for an "office visit" that never happened.

Pearl Health Center staff claim the center hasn't billed any patients for COVID vaccine charges that aren't covered by their insurance companies, but the mechanism that allowed the center to reach so many patients, and then quietly overbill them has puzzled health agencies.

Birkhahn, the Pearl Health physician whose name appears on the insurance claims from the PlayDate PDX clinics, also is the owner of PlayDate PDX. It's unclear whether Birkhahn's financial stake in both entities would be considered a conflict of interest.

The Oregon Medical Board could not disclose whether any complaints had been filed against Birkhahn or Pearl Health Center, citing state privacy laws. The Medical Board doesn't typically investigate general billing complaints, but staff with the board's complaint line acknowledged the circumstances surrounding the PlayDate clinics are unique.

"The board holds licensees to recognized standards of ethics of the medical profession, including the American Medical Association's Code of Ethics," Gretchen Kingham, an assistant with the Oregon Medical Board, said. "There are situations where (a complaint) could result in an ethical violation, then it would be further investigated."

Kingham said the board takes seriously any complaints it receives, but as Horton, with the state's financial regulation department noted, Oregon doesn't have a process for investigating insurance fraud against private insurers, only those which are state or federal.

It's unlikely patients will take any action, unless they're asked to pay out of pocket. Insurance companies say they haven't seen issues with improper billing for vaccine appointments.

"They have not seen an influx of fraudulent provider claims related to COVID testing (or vaccination) in the greater Portland area recently," Jared Ishkanian, a media representative with insurance agency Regence BlueCross BlueShield of Oregon, said.

Birkhahn maintains his office was justified in billing for full office visits, noting a bevy of resources provided at the play center clinics.

"We were asked by the Oregon Health Authority to set up an event that would reach out to a vulnerable population (children)," Birkhahn said. "We felt it important enough to bring in five physicians and two nurse practitioners to provide screening, education, counseling and observation. We even brought our behavioral (health) specialist to get over barriers to vaccination.

"The Pearl Health Center rented space in PlayDate to create a welcoming and non-traditional atmosphere," he said. "But we still brought over registrars, medical assistants and all the medical equipment necessary to screen, observe and respond to a variety of medical situations."

Birkhahn said patients at the vaccine clinics had no out-of-pocket costs. He also noted that every event was staffed with a board certified emergency physician, who spent most of the time "educating hesitant parents," about the vaccines.

Federal guidelines prohibit health care providers from directly charging or billing patients for COVID-19 vaccines. The rules for vaccine providers also prohibit them from billing for additional services if a patient received only a vaccine, but there currently aren't enough guardrails in place to prevent providers from bilking insurance companies. What's worse, Oregon has few options for patients to report bogus bills sent to private insurers.

While the federal Office of Inspector General and Oregon Department of Justice will investigate fraudulent billing of Medicare or Medicaid, there is no designated mechanism for investigating false claims submitted to non-governmental insurers.

When complaints do get submitted to state agencies, they are often too bogged down to immediately investigate, if they investigate at all.

As reported in January, a host of COVID-19 testing centers called the Center for COVID Control had been up and running for at least four months before shutting down after media reports surfaced of fraudulent practices involving lost or falsified test results. The company had locations across the United States — including three around Portland — none of which were credentialed by the state. In that case, the attorney general's office had received complaints back in October 2021 of fishy practices at the testing centers in Portland, but the state agency didn't initially investigate them, citing a backlog of "thousands of consumer complaints each year."

According to officials with the DOJ, the agency received 26,000 phone calls into its consumer hotline last year alone, resulting in over 6,000 written complaints.

Those with private insurance can submit a complaint in writing to the Oregon Medical Board. Complainants can visit the agency's complaint site for more information, or call (971) 673-2702.

Courtney Vaughn is a journalist for the Portland Tribune and Pamplin Media Group, and can be reached at [email protected]. This article is used with permission of the Pamplin Media Group. Read more from Oregon’s largest source of independent local news at pamplinmedia.com.

Apr 5 2022
News source:
Portland Tribune
Keywords:
insurance billing, Oregon
×
This article is for premium subscribers. If you are one, please sign in below.
You can see two more premium stories for free. To subscribe, click here. We depend on premium subscriptions to survive, and they are tax deductible.
Sign InGo Premium Not now