Political Candidates Get into Healthcare Fray

Candidates for mayor and the state legislature woo potential voters, expressing their opinions on healthcare issues
By:
W. Scott Jorgensen 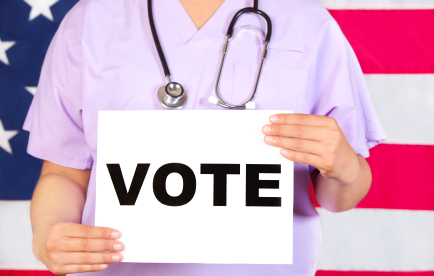 July 26, 2012 -- Although political season typically kicks off after Labor Day, candidates are working on swaying voters as summer is in full swing. As is typically the case in any election, healthcare continues to be a prominent issue.

Positions and approaches vary widely, though, depending on the office being sought, the candidate’s political inclinations and the constituencies they’re hoping to win over.

Last Monday evening, Sen. Jackie Dingfelder (D-Portland) sat on the back porch of a pub on NE Sandy gathering some of the 200 voter signatures she needs to be on November ballot. She’s casually dressed, sporting sunglasses and sipping water while smiling.
Petition signers include former Portland mayoral candidate Eileen Brady, who rode her bike to the event.

For Dingfelder, the incumbent in Senate District 23, healthcare accessibility and affordability have long been top legislative priorities, and remain a critical concern. “It’s always an issue,” she said.

Many people lack access to healthcare through their job or are unemployed, and more of their disposable income goes toward paying for rising deductibles and co-pays, Dingfelder added.

“The jury is still out” on the coordinated care organization model, said Dingfelder, who’s willing to give Governor John Kitzhaber the benefit of the doubt.

Dingfelder also believes healthcare should be a right. Such a position seems unlikely to threaten her re-election prospects since Democrats hold a 42-point registration advantage over Republicans in her district, and she faces only token opposition from third party candidates. In fact, non-affiliated voters outnumber Republicans by over 5,000.

A few miles away, Rep. Jefferson Smith (D-Portland) walks into The Waypost on N. Williams Avenue where about 30 faithful supporters are gathered. Donning a tie and with his sleeves rolled up, Smith enters amid a series of handshakes and fist bumps.

Although he primarily discusses local topics -- parks, gang activity and gentrification, Smith has picked up endorsements from unions that collectively bargain for healthcare coverage including the Portland Firefighters Local and the Portland Police Association.

Jobs, the economy and affordable housing are the biggest campaign issues for Mason.

Unlike many Republicans, Mason has no ideological position on healthcare. “I can see both sides” of the issue, he said.

Canvassing neighborhoods, voters have been telling Mason they’re concerned about the recent cuts to the Beaverton School District. It’s “very rare” that healthcare comes up, he said. But when it does, it’s usually from people who work in the healthcare industry.

That was the case on this particular evening, as Mason sat around a table with a dozen or so supporters, two of whom were physicians concerned about Oregon’s pending health exchange program.

With Democrats having a 17-point registration advantage in his district, Mason has a lot of ground to cover between now and November.