The impact on the Insurance Division’s rate review process will initially be limited to information, but a task force could craft new legislation for 2015 that would force insurance companies and healthcare providers to adhere to a sustainable rate of medical inflation.
By:
Christopher David Gray 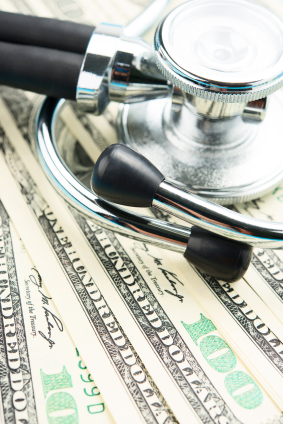 New tools put forward Tuesday by the Oregon Health Policy Board could add information to the insurance rate review process and put to task insurance carriers and healthcare providers alike to ensure health costs don’t spiral out of control any further than they already have.

A task force will be set up by the end of January with the goal of establishing a sustainable rate of growth in healthcare costs. That group will likely produce legislative recommendations for 2015 to make insurance companies and hospitals keep costs below the growth rate.

The Oregon Health Policy Board sent the list of proposals to Gov. Kitzhaber, responding to his call to build on state and federal healthcare reforms with tools that could across the healthcare market.

The board elected not to add any such requirements when insurance companies seek rates, but it recommended that insurers file a set of cost control metrics for informational purposes on 2015 policies. Such information could later be used as a baseline to show how serious insurance companies are about keeping costs down.

The policy board’s recommendations were spurred by a letter from Kitzhaber in June. Former Oregon Insurance Commissioner Joel Ario was heavily involved along with David Cusano of the Georgetown Policy Health Policy Institute in Washington, D.C. Ario, now an insurance policy consultant with Manatt Health Solutions, advised the Obama administration during the crafting of the Affordable Care Act.

The chief discussion of the board’s decision Tuesday focused on the so-called “sustainable rate of growth.”

The allowable inflation set by the task force would likely be somewhere between 3 or 4 percent — the allowable growth for the state’s coordinated care organizations, which deliver services to the Oregon Medicaid program.

But healthcare costs in the United States are already two to three times the costs in the rest of the developed world, and policy board member Brian Devore of Intel lamented that the goal of the task force will be disappointingly low. He said he wanted to see healthcare costs go down — not just healthcare inflation. “They’re paying too much already,” Devore said.

If the state decided a 4 percent inflation rate was acceptable, insurance companies and providers would lose their incentive to do better, and that figure could become “a floor.”

But Joe Robertson, another board member and the president of Oregon Health & Science University, said it should be clear that constant improvement should be the goal.

“I don’t think this is memorializing a new floor,” Robertson said.

Tina Edlund, chief of policy at the Oregon Health Authority, presided over the meeting, in her acting role overseeing the state agency. State health director Dr. Bruce Goldberg is on loan to Cover Oregon, replacing an ailing executive director Rocky King, who took a leave of absence for health reasons on Monday.

“We ought to be able to move forward without a hiccup,” Edlund said.

Even though the board chose not to adopt his group’s exact suggestions, Jesse Ellis O'Brien, the healthcare advocate for the Oregon State Public Interest Research Group, said he was excited about the final recommendations.

He said the sustainable rate of growth idea had been enacted recently in Massachusetts, and was already showing results.

“It seems likely that some piece of legislation would be included for 2015,” O’Brien said.

This reading list considers various issues related to the affordability of premiums under ACA. http://www.healthcaretownhall.com/?p=6919