The Legislature is expected to begin reviewing that plan when it starts meeting next Wednesday
By:
Amanda Waldroupe 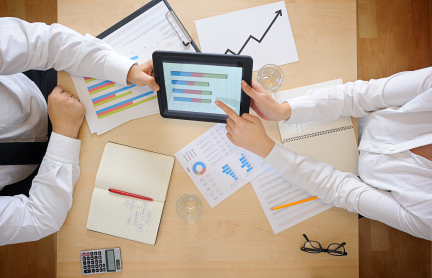 January 25, 2012—Diana Bianco, a consultant with Artemis Consulting, was met with an almost deafening silence after she asked the Oregon Health Policy Board’s members if there were any more suggestions or changes they wanted to make to the business plan that sets the course for the Oregon Health Plan’s transformation.

“My work here is done,” said Bianco, who’s been working with the policy board to develop the business plan.

Board members gave final approval to that business plan yesterday, ending a months-long process involving countless public meetings, public hearings in front of the Legislature’s healthcare committees, community meetings in all parts of Oregon, and listening to public testimony from a wide variety of provider groups.

The business plan will now be delivered to the Legislature, which must approve the plan during its month-long session that gets under way next Wednesday for the Oregon Health Authority to get the necessary federal waivers and begin setting the stage for coordinated care organizations (CCOs) to emerge. The backbone of the reforms made to the Oregon Health Plan in House Bill 3650, CCOs will integrate and coordinate physical, mental and dental healthcare for more than 600,000 people on the Oregon Health Plan.

It’s largely expected that the Legislature will approve that plan, but also consider changes to the certification process for CCOs, their governance structure and alternative dispute resolution. How a CCO bears risk and what happens if a CCO fails have also been frequently discussed at legislative hearings.

The 78-page document outlines how CCOs will work, the criteria and outcomes, their global budgets and governance. “We have a document that really reflects consensus,” said Lillian Shirley, the policy board’s vice chair and director of Multnomah County’s Health Department.

Once the Legislature signs off, other changes to the business plan are anticipated when the Oregon Health Authority conducts the rule-making process.

“It’s an evolutionary process, and more of the details will follow,” said Dr. Bruce Goldberg, director of the Oregon Health Authority, during a discussion of CCOs and transparency.

The policy board’s final discussion about the business plan was less tense than in prior meetings, and covered fewer topics. One of the final changes is how CCOs will determine reasonable costs, something that concerned Dr. Joe Robertson, president of Oregon Health & Science University.

“It is still subjective,” he said. “Hospitals are required, for instance, to fill out cost-based reports.”

He suggested that CCOs adopt a specific methodology regarding reasonable costs, instead of “saying this is reasonable or not.”

“The Oregon Health Authority will try to the best extent possible to define ‘reasonable’ cost” during the rule making process, said Goldberg.

“I’d like to see the Oregon Health Authority charged with that in the rulemaking process,” Robertson replied. “There’s work out there that has been done [nationally], and we shouldn’t ignore it.”

Other discussion concerned whether lesbian, gay, bisexual, transgender and queer (LGBTQ) people would be protected from non discrimination. Felisa Hagins, a board member and political director of the SEIU 503, worried that Oregon’s law prohibiting such discrimination would be trumped by federal Medicaid law, which doesn’t include such language.

“We follow state law,” Goldberg said, and Oregon’s standard is to not discriminate.
A theme of discussions about the business plan that quickly emerged over the past few months was whether the plan should be prescriptive—that is, set numerous concrete requirements CCOs would have to adhere to—or be flexible, allowing CCOs to establish many of their own guidelines tailored to their community’s needs.

Shirley and Eric Parsons, the board’s chair, believe the plan strikes a balance. The plan was designed, Shirley said, “to really reflect the value of the community, and the values of the state.”

Hagins was a bit more hesitant to praise the business plan. “I think it’s a good beginning and a great outline,” she said.

As the policy board meeting drew to a close, Hagins told her fellow board members that she has “a lot of fear” about what will happen in the upcoming months. “I have a lot of fear that we won’t see people [and organizations] becoming CCOs,” she said. “There are all kinds of things to be afraid of.”

The business plan gives CCOs “a lot of flexibility,” said Hagins who’s favored setting prescriptive guidelines, arguing that the most effective way to reform the Oregon Health Plan’s delivery system is by forcing provider groups to adhere to standards that create efficient and more affordable care.

But, flexibility gives CCOs the chance to structure and deliver care more effectively, and, if CCOs don’t, she said, “a different kind of conversation” may happen in the future.

During public testimony, John Mullin, the lobbyist for the Oregon Law Center, emphasized the importance of reaching out to Oregon Health Plan members as soon as possible to inform them about the upcoming changes in the delivery system once CCOs get under way.