A report calls for scrutiny of made-to-order creams over fears they're overused and overpriced.
By:
Julie Appleby 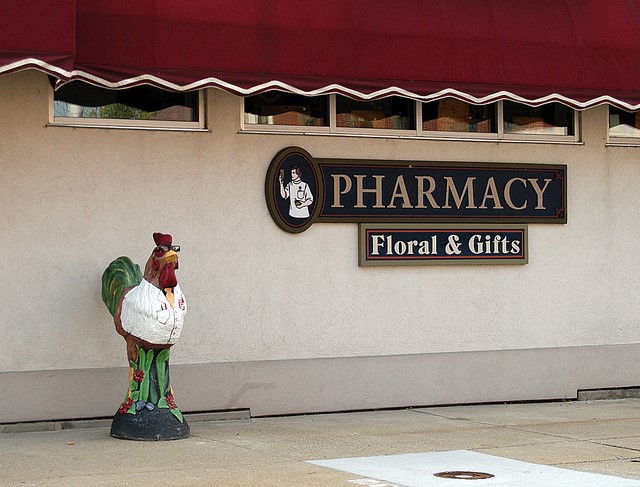 Medicare pays hundreds of millions of dollars each year for prescription creams, gels and lotions made-to-order by pharmacies — mainly as pain treatments. But a new report finds that officials are concerned about possible fraud and patient safety risks from products made at nearly a quarter of the pharmacies that fill the bulk of those prescriptions.

“Although some of this billing may be legitimate, all of these pharmacies warrant further scrutiny,” concludes the report from the Office of the Inspector General for the Department of Health and Human Services.

In total, 547 pharmacies — nearly 23 percent of those that submit most of the bills to Medicare for making these creams — hit one or more of five red-flag markers set by investigators. Those included what the researchers called “extremely high” prices; large percentages of Medicare members getting identical drugs — 16 of the pharmacies billed for identical drugs for 200 or more customers; “greatly increased” year-over-year billing — 20 pharmacies increased their billing by more than 10,000 percent; or having a single medical provider writing more than 131 prescriptions. More than half of those pharmacies hit two or more measures — and 10 hit all five.

One Oregon pharmacy, for example, submitted claims for 91 percent of its customers. A pharmacy in New York submitted 5,342 prescriptions ordered by one podiatrist, while a Florida pharmacy saw its Medicare billing for such treatments go from $7,468 in 2015 to $1.8 million the following year.

Many of the pharmacies are clustered in four cities: Detroit, Houston, Los Angeles and New York.

The report comes amid ongoing concern by Medicare officials about these custom-made — or compounded — drugs. In addition to questions like those raised in the report about overuse and pricing, safety has been a key issue in recent years. A meningitis outbreak in 2012 was linked to a Massachusetts pharmacy that did not maintain sterile conditions and sold tainted made-to-order injections that killed 64 Americans.

State boards of pharmacy generally oversee compounding pharmacies, and the drugs they produce are not considered approved by the Food and Drug Administration.

The new report focuses on concerns with compounded topical medications.

Medicare spending for such treatments has skyrocketed, rising more than 2,350 percent, from $13.2 million in 2010 to $323.5 million in 2016. Price hikes and an increase in the number of prescriptions written drove the increase, the report said.

In response to those previous reports, the International Academy of Compounding Pharmacists, the industry’s trade group, has said that legitimately compounded drugs “can dramatically improve a patient’s quality of life,” noting that proper billing controls need to be in place. The inspector general’s report in 2016, it added, found that “such controls are not in place.”

Most of the prescriptions were for pain treatment, made from ingredients such as lidocaine, an anesthetic, or diclofenac sodium, an anti-inflammatory drug.

On average, those compounds were more expensive than non-compounded drugs with the same ingredients.

For example, Medicare paid an average of $751 per tube of compounded lidocaine, and $1,506 for the diclofenac, according to the inspector general’s report. Non-compounded tubes of those drugs averaged $445 and $128, respectively.

“The FDA is inspecting compounding facilities to assess whether drugs that are essentially copies of FDA-approved drugs are being compounded for patients” who could otherwise take a product sold commercially, he said in a statement issued on June 28.

Gottlieb also said the FDA plans to make more information available to patients and their doctors about compounded topical pain creams, including information about their effectiveness and any potential safety risks.

Not being effective is a safety risk, noted Miriam Anderson, a researcher with the inspector general’s office who helped write the report.

The report urged the Centers for Medicare & Medicaid Services to clarify some of its policies to emphasize that insurers can limit the use of compounded drugs by requiring prior authorization or other steps. The agency concurred with the recommendations, according to the report, including the need to “follow up on pharmacies with questionable Part D billing and the prescribers associated with these pharmacies.”

Anderson said the inspector general’s office is continuing to probe the issue.

“We will investigate a number of leads on specific pharmacies and prescribers who were identified as having these questionable patterns,” she said. “Whenever we see that kind of increase in spending, it raises concern about fraud, waste and abuse.”