Pharmacists complain that they’re still at the mercy of wildly unpredictable and unfair compensation from some pharmacy benefit managers, and face burdensome audit and appeals processes to fix unfair pricing, despite a 2013 law intended to correct PBM behavior. They want the Insurance Division to have more teeth to enforce the law as well as new rules that would not allow PBMs to pay pharmacists less than their posted price.
By:
Chris Gray 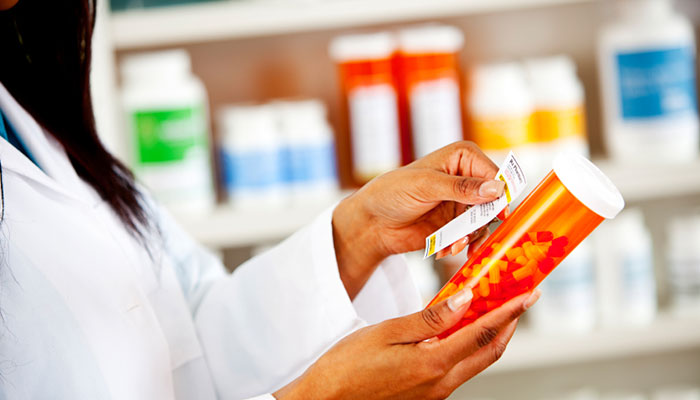 The Oregon State Pharmacy Association is gearing up for another run at fixing the kinks in the state laws governing pharmacy benefit managers so that these large for-profit companies won’t push the last mom-and-pop pharmacies to close their doors.

Oregon, along with many other states, passed sweeping legislation in 2013 that required pharmacy benefit managers to register with the Department of Consumer & Business Services and rein in practices on drug prices and audits that independent pharmacists testified were driving them out of business.

“This is about clarification of existing law,” Niki Terzieff, the lobbyist for the pharmacists, told The Lund Report. “They [PBMs] found some loopholes, and we want to close them.”

The new bill would put teeth into the enforcement of the 2013 law by allowing the Insurance Division to suspend, revoke or decline to renew the registration of a pharmacy benefit manager, and allow the agency to fine PBMs up to $10,000 for violating state law.

PBMs are financial companies that act as middlemen between insurers and drug companies, using their leverage and buying power to get better prices from drug companies than what an insurer might be able to do on its own.

While generic pharmaceutical companies have consolidated with mainline drug companies, allowing them to jack up the price of drugs, the PBMs, perhaps trying to force consumers into their mail-order pharmacies, have barely increased their prices.

Kevin Russell, a pharmacist at Safeway-Albertson’s, testified that he’d been getting thousands of payments from PBMs that were below costs. He also complained that even if a pharmacy appealed an unfair compensation and won, it would be a one-off for the PBM, who wouldn’t automatically fix an identical mistake that it made to other pharmacies, forcing each pharmacy to go through the same laborious process.

The most contentious part of the bill would require PBMs to pay pharmacies no less than the last posted maximum allowable cost, to ensure that larger companies do not shortchange the pharmacists.

This was a step too far for Regence BlueCross BlueShield and CVS Caremark, which promised to lobby against the pharmacists’ bill.

“Pharmacists sometimes get paid well above cost and sometimes they get paid below cost, but on the average they make money,” said Regence lobbyist Tom Holt. “This is an issue fraught with complexity.”

CVS Caremark lobbyist Jonathan Eames told the Senate Health Committee that it would upend the way his company compensates pharmacists. “The changes in this [bill] would have a huge impact in how we do business and how we do our reimbursement.”

A similar bill was introduced in the House in the 2015 session, but aside from a public hearing and some stern words from Rep. Mitch Greenlick, D-Portland, directed at the lobbyist from Express Scripts, the largest of the PBMs, the bill went nowhere. This time the Senate Health Committee will debate whether better statutes are needed to update the 2013 law.

Not all PBMs are created equal, and Terzieff shared a chart that showed fairly steady reimbursement from CVS Caremark and other PBMs, but wildly volatile pricing from Express Scripts, and its subsidiary, Medco, in which pharmacists were reimbursed very well on one day and very poorly the next. And although Medco is now owned by Express Scripts, it reimbursed pharmacists high or low on different days of the week than its parent company.

“I’m most concerned about seeing that [the 2013 law] is enforced,” said Sen. Laurie Monnes Anderson, D-Gresham, the Senate Health chairwoman. “There may be some bad players. I don’t want to lose our local pharmacies, and they are going by the wayside.”

Jake Sunderland, the spokesman for the Insurance Division conceded that his agency has much less authority to oversee the PBMs than it does regular insurance companies:

“We have the authority to impose a civil penalty up to $10,000 per violation. As well as issue subpoenas and cease and desist orders. However, we don’t have the same kind of oversight authority, or authority to go in and do an exam that we have with insurers. We have limited authority when it comes to hiring expert examiners with specialized pharmacy knowledge to help us in our regulatory activities.

“Complaints as you know are confidential, but overall we have seen an increase in the number of consumer calls we get related to PBMs,” Sunderland added.

Thus far, however, the Insurance Division has not issued civil penalties against any of the PBMs.