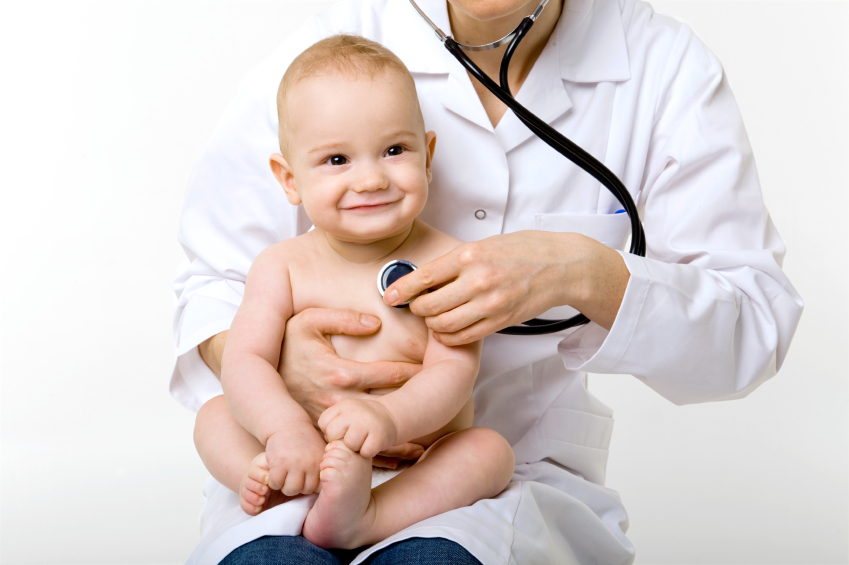 Oregon pediatricians have experienced steep declines in patient visits during the pandemic, sparking layoffs and concerns that clinics in rural areas could shutter entirely.

Parents have delayed wellness check-ups for their children for more than a month, concerned about exposing them to the virus. Pediatricians also have been affected by Gov. Kate Brown’s order banning non-urgent procedures, though that’s been partially lifted.

Pediatricians, who are among the few specialists in rural communities, worry that the dropoff in business may hinder efforts to boost the state’s child vaccination rates in impoverished and marginalized populations.

In 2019, 71% of 2-year-olds had up-to-date vaccinations, according to Oregon Health Authority statistics. That’s up from 60% in 2014, but physicians fear the state could lose ground. Oregon has traditionally had among the lowest rates in the country.

For now, pediatricians are providing telehealth services when they can -- often for allergies, asthma and sleep problems. They have retooled their practices to try to stay afloat while and serving patients amid the heightened precautions against COVID-19 infections.

Dr. Jon Yost, a pediatrician in Coos Bay, said he was concerned about children missing vaccinations and the possibility that children suffering  depression would not be diagnosed or treated. He starts screening children for depression when they’re adolescents and runs regular checks during their wellness visits.

“A lot of people who would want to come in and be seen don't want to be seen right now,” Yost said. “They're afraid of their kids getting COVID-19.”

Yost’s workplace, Bay Clinic, had about 20 staff members for pediatric care before the pandemic but had to lay off a few administrative support workers. The clinic, which also employs health care professionals who specialize in internal medicine and gynecology, was able to obtain a loan through the federal Paycheck Protection Program to avoid more layoffs.

The situation for clients has also changed. Patients can no longer walk inside the clinic and wait. Now they wait in their cars for their appointment, and there are separate entrances for sick and well patients.

It could take months or more for pediatric practices to recover, physicians said.

The Oregon Pediatric Society estimates there are about 800 pediatricians statewide.

Dr. Jay Rosenbloom, medical director of the Children’s Health Alliance, a nonprofit group with about 110 Portland-area pediatricians, estimates that many practices are seeing at least 40% fewer patients.

“These are trying times for everybody,” Rosenbloom said. “I'm always a little hesitant to complain because I'm a doctor and I have a medical practice, and I know that every business is hurting except maybe the guy who owns Zoom."

Like other health care providers, pediatric clinics had to pivot to telehealth visits to serve patients. The technology has benefits and drawbacks, Yost said. For example, telehealth is a good tool for pediatricians who help children manage chronic conditions like asthma and diabetes. Teenagers can talk to doctors through a video connection about their health, including depression concerns.

Pediatricians also get a better look at a child’s living environment and see if they are exposed to potential sources of allergies, such as pets.

For pediatricians, the technology is not the best way to diagnose or view a rash. It can also make it difficult for a doctor to talk to a child who may have been abused, and there’s always the risk that the abusers might be nearby listening to the conversation.

Still, telehealth appears to be here to stay.

“I do see a role for it staying around in the future and imagine some people are going to get more robust at it than others,” Yost said.

That’s not always an option. Some people in rural areas might not have an internet connection or access to WiFi, said Betsy Boyd-Flynn, executive director of the Oregon Academy of Family Physicians.

Though parents have avoided visiting clinics over fears of catching COVID-19, the virus has not sickened many children compared with adults. Only 2% of people who’ve been infected are under 18 years old, according to the Centers for Disease Control and Prevention.

In Oregon, only 14 children younger than 10 have been infected and among those only four were hospitalized. In the 10 to 19 year old category, 81 people have contracted the virus, with three hospitalized. In comparison, Oregon has had 2,821 cases among people at least 20 years old, including 634 who’ve been hospitalized. All of those who’ve died in Oregon --  115 people to date -- have been at least 40 years old.

But some children with COVID-19 have developed an inflammatory condition likened to Kawasaki disease, according to several news reports. The condition, which normally affects infants and young children, causes blood vessels throughout the body to swell. Pediatricians told the Washington Post that children have turned up in emergency rooms screaming about stomach pain and that the condition affected several organs. Only about 100 cases have been identified in Europe and the United States, and none has died.

It’s not clear if there have been any cases in Oregon.

No one knows how long the pandemic will continue but pediatricians said they’re bracing for a long recovery. It could take months or more for pediatric practices to recover, physicians said.

“It's going to take a long time,” Rosenbloom said. “I don't think we'll be back to normal for probably a year or two."

In the meantime, the  Oregon Academy of Family Physicians hopes to get out-of-work medical professionals involved in the public health response to COVID-19. The group says medical workers can help with contact tracing, which Brown said is one of the key requirements to getting the state reopened. The state hopes to hire 600 people to track the spread of the virus and notify anyone after a possible exposure in a hair salon, for example, bar or workplace. Contact tracers notify people so that they can self-quarantine and limit infecting others.


May 6 2020
News source:
The Lund Report
Keywords:
pediatrics, pediatrician, COVID-19, coronavirus
×
This article is for premium subscribers. If you are one, please sign in below.
You can see two more premium stories for free. To subscribe, click here. We depend on premium subscriptions to survive, and they are tax deductible.
Sign InGo Premium Not now