PEBB Works on RFP for 2015; Expands Coverage of Foot Ailments

At its July meeting, the board brainstormed metrics for its 2015 health plan requests for proposals, wishing to give preference to insurance companies that have experience using innovative payment models with healthcare providers as well as a willingness to move beyond paying providers per procedure.
By:
Christopher David Gray 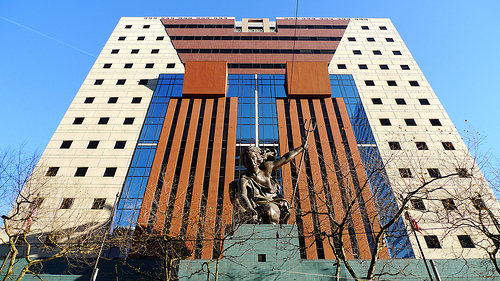 Editor's Note: This article has been corrected from its earlier version regarding cost controls to PEBB directed by the Legislature.

July 19, 2013 — Public employees with ailing feet will have an easier time getting help paying for elective surgeries after the Public Employees Benefit Board voted Tuesday to restore coverage for foot neuromas, hammertoes and bunionectomies —  as long as plan members are willing to make a higher co-payment than they would for essential health benefits.

Starting in 2014, these surgeries will be placed on the “additional cost tier,” which means patients will be charged an additional $100 or $500 on top of their standard co-payment. These procedures had been fully covered until 2011, when PEBB stopping paying after wracking up $1.3 million in expenses.

“The [medical] evidence hasn’t changed. The only thing that has changed is our ability to fund them,” said Sean Kolmer, the chairman of the PEBB board and a high ranking health adviser to Gov. John Kitzhaber.

PEBB administrator Joan Kapowich told The Lund Report that the cost to partially cover neuromas, hammertoes and bunion surgeries will cost less now because patients will pick up a greater portion of the cost, and the new financial requirement may deter some people from surgery in favor of less costly treatments.

Led by its labor representatives, the PEBB board voted 4-1 to put the procedures on its additional cost tier, but not without the opposition of board member Jeanene Smith, the administrator of the Office for Oregon Health Policy and Research. She took issue with the arbitrary method used to add these surgeries — after state employees spoke up, and complained that their inability to afford such procedures was preventing a healthy lifestyle and making it difficult for them to exercise.

“We have evidence-based medicine as one of our policy goals,” Smith said. “We have a Cadillac plan already and under the ACA, we may have to pare our coverage down in 2017.” By adding these procedures, she said, the board may set a precedent and add more elective procedures in the future, without a comprehensive rationale.

The Affordable Care Act is scheduled to hit some robust health plans with a tax in three years to help expand Medicaid and provide subsidies to offset the cost of private health insurance for individuals and small businesses.

Employers and insurers that offer health coverage that exceeds $10,200 for an individual or $27,500 for a family will be taxed at 40 percent of the amount over that limit starting in 2018.

The PEBB board also gave out $410,000 in grants from its health improvement fund, $300,000 to help school-based health centers and $110,000 toward training for drug and alcohol screening.

The staff had recommended $11,000 be given to offset gym membership for state employees, but the board decided to cover that through administrative resources and dedicate the money toward substance abuse intervention.

The Oregon Community Health Information Network will administer the money for the school-based clinics and is working with them to improve technology and optimize billing options, allowing them to maximize their revenues.

“Some of them in rural areas are very isolated, and they don’t know how to bill,” said Kapowich.

Oregon has 68 school-based health clinics and one-third are in U.S. Rep. Greg Walden’s district, which covers Eastern Oregon and Jackson County, according to Paula Hester, the executive director of the Oregon School-Based Health Care Network.

“There’s no disputing this is an evidence-based way that especially youth seek out and receive care that they may not otherwise get,” Hester told The Lund Report.

The board also began giving its staff direction on how it would like to evaluate contract proposals as it prepares for an RFP to determine which health plans will come on board in January 2015.

Insurance companies that have fully-insured health plans can submit proposals, but the board doubted that any plan would be rated as high as the self-insured plans where the state takes the risk for medical expenses and insurers such as Providence Health Plan administer the benefits and negotiate with providers.

If insurers show they can shift from a fee-for-service payment structure to a global budget following the lead of the coordinated care organizations, they'll be rated much higher.

It is believed that a global budget methodology — already in use for the Oregon Health Plan — will slow down healthcare costs. Medical inflation nationally has averaged almost 6 percent annually over the past 10 years. The Legislature had ordered PEBB, along with the Oregon Educators Benefit Board, to cap the growth in cost to the state and school districts at 4.4 percent next year and 3.4 percent in 2015, but at the last minute rescinded the requirement for PEBB.

But even without the statutory requirements, the PEBB Board is moving in the same direction as the transformation of the Oregon Health Plan, giving an incentive to alternative provider payments and a bonus pool for providers who meet quality metrics — another aspect of CCOs.

All of this is in line with the grand vision of the “Triple Aim” — which focuses on lower costs, better care, and ensuring a healthier population without gutting benefits.

The use of primary care homes and managing prescription drug costs are other elements within the RFP which is still under development. Smith suggested the board continue participating in the Oregon Prescription Drug Program, where the state joins its buying power with Washington to get a better price for drugs.

“They’re using an evidence-based formulary,” Smith said. “It’s designed to be a mix of best evidence and best price.”