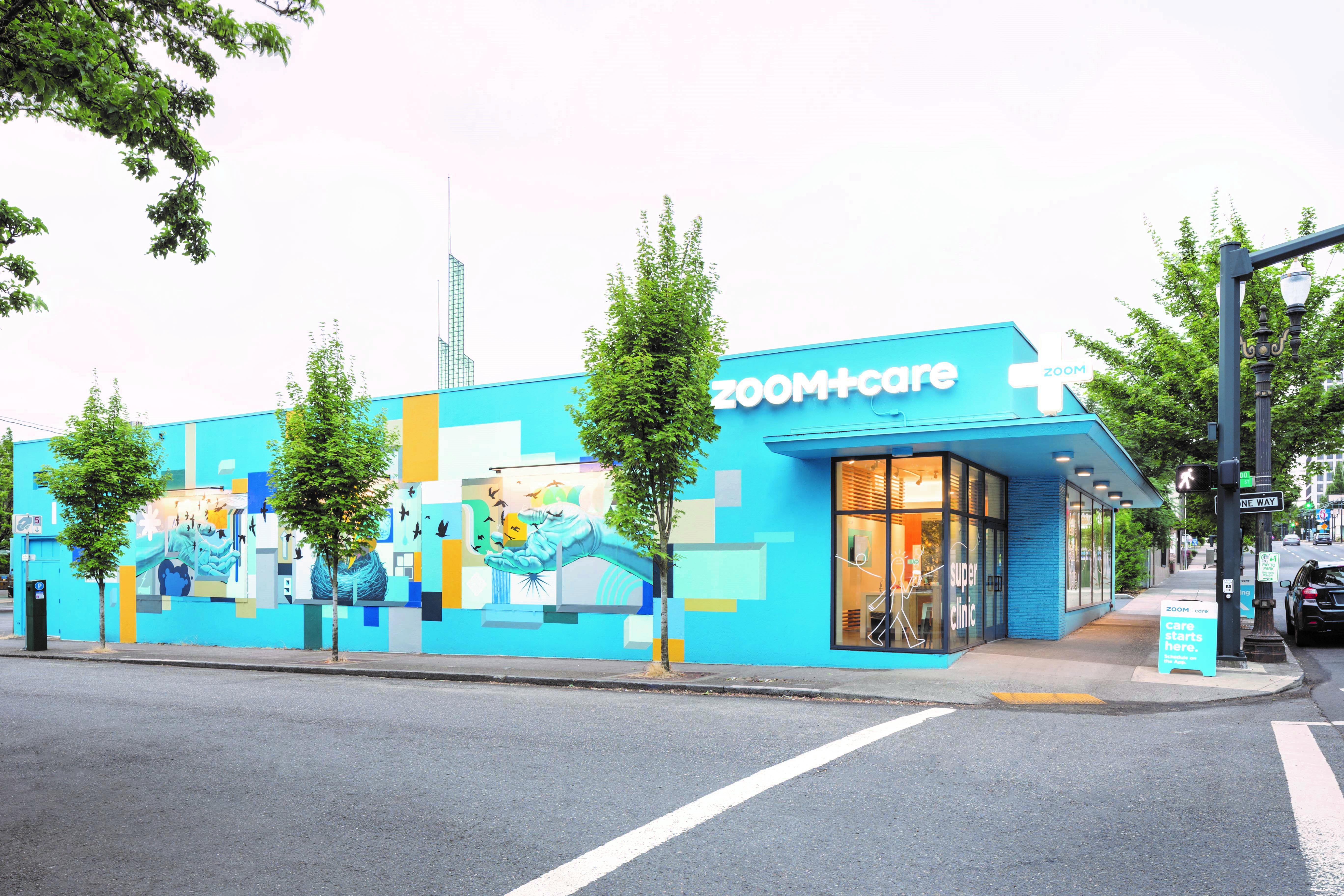 PeaceHealth, the Vancouver-based health care system with hospitals across the Northwest, announced on Tuesday that it is buying ZoomCare, a chain of neighborhood clinics that’s spread from Tigard to Seattle and Salem in just over a decade.

“The addition of Zoom to PeaceHealth’s networks accelerates our vision of ensuring greater health care accessibility and affordability in our communities while increasing our ability to meet the on-demand needs of today’s consumers,” Liz Dunne, PeaceHealth’s president and CEO said in a statement.

Dr. Dave Sanders, co-founder and CEO of ZoomCare, said his company and PeaceHealth share the same vision and that the buyout will put ZoomCare on firm financial footing for the future.

“We felt that we made a lot of progress but we were still at day one,” Sanders said.

The company has expanded from one location in Tigard in 2006 to 37 today. It has digital tools that allow patients to organize care online, offers specialty care that includes everything from pediatrics to physical therapy, provides surgical services and has an ER. But it needed outside financing to continue to grow.

“To really fulfill our potential, we needed to bring additional resources to this to really invest in the business both in the product but also in location growth as well,” Sanders said.

PeaceHealth is withholding the terms of the deal until its end-of-year financial filings. The agreement ends Zoom's relationship with Endeavour Capital, ZoomCare’s main investor, which had invested more than $76 million in ZoomCare since 2014.

Sanders said the deal will not affect patients. ZoomCare will continue to operate separately and retain its name, employees and board.

He declined to comment on whether he would remain CEO.

(On Friday, the company announced Sanders would be replaced by Bill Frerichs, currently ZoomCare's senior vice president of retail health.)

Sanders started the company in 2006 with Dr. Albert DiPiero, his classmate from the University of Michigan. Their first location -- in Bridgeport Village -- was a failure, and the company almost went out of business.

But then they opened a location in the Pearl and started attracting their main customer base - millennials. This generation, the largest in the U.S., consumes health care differently than their parents. They don’t want a family doctor. They want clinics that are easy to get to and have health practitioners who are available on-demand. They also want digital apps so they can book appointments on their smartphones.

Other companies have also tapped into this trend, with urgent care clinics growing nationwide from nearly 7,000 in 2015 to nearly 8,800 this past June, according to the Urgent Care Association. The association’s CEO, Laurel Stoimenoff, estimates the industry is worth $14 billion.

ZoomCare is privately held but Sanders said the company has enjoyed a growth rate of 10 percent over the past few years. It employs 425 people, including about 150 physicians, physician assistants, nurse practitioners, naturopaths and other providers.

In comparison, PeaceHealth has 1,200 physicians and other providers, with 10 hospitals in Alaska, Washington and Oregon. The nonprofit is financially strong, with substantial assets and annual revenues. For the fiscal year ended June 30, 2018, the chain reported total revenues of $2.6 billion, and net income of $192 million, according to the latest audit of the system. Though PeaceHealth has urgent care clinics -- like Legacy Health and Providence Health & Services -- they're not competing in the same markets, Sanders said.

“It’s been a fast and intensive process,” Sanders said. He said PeaceHealth plans to make substantial investments in ZoomCare's innovation and growth.

ZoomCare has had other suitors, but other hospital systems wanted to use the company as a feeder to its hospital beds, Sanders said.

Sanders said this year had been one of ZoomCare's best. It follows some rocky years. ZoomCare tried to enter the insurance market in an attempt to build an integrated health care organization but that move failed, with Zoom losing $3.8 million in 2015 and $4.7 million in 2016, according to The Oregonian/OregonLive. The company announced it was getting out of insurance, prompting the state to take the company into receivership.

Also last year, Endeavour Capital sued ZoomCare, accusing the company of breach of contract. They settled out of court with Endeavour increasing its investment in ZoomCare by another $24 million.

ZoomCare has tried to enter the Medicaid market, approaching CareOregon this year with a proposal that was rebuffed. The company does not take Medicare either. Sanders said he’s tried to work with federal authorities but that the rules don’t work with Zoom’s model. When customers book online, they have to give their credit card. If they don’t show up, they pay a no-show fee.

“Medicare doesn’t like that,” Sanders said. “Those are critical for our model.”

ZoomCare, which teamed up with Aetna this year, takes all of the commercial plans available in Oregon, Sanders said.

Christian Wihtol contributed to this report. You can reach Lynne Terry at [email protected].