Patients Not Hurt When Their Hospitals Close, Study Finds 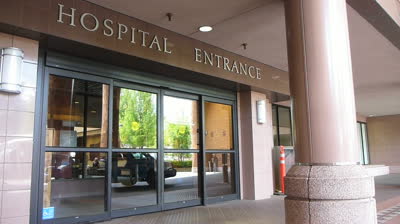 A hospital closure can send tremors through a city or town, leaving residents fearful about how they will be cared for in emergencies and serious illnesses. A study released Monday offers some comfort, finding that when hospitals shut down, death rates and other markers of quality generally do not worsen.

Researchers at the Harvard School of Public Health examined 195 hospital closures between 2003 and 2011, looking at health experiences in the year before and the year after the hospital went out of business. Their paper, published in the journal Health Affairs, found that changes in death rates of people on Medicare — both those who had been in the hospital and among the broader populace — were no different than those for people in similar places where no hospital had closed.

While the researchers noted that some people might be inconvenienced by having to travel further for care, they found no significant changes in how often Medicare beneficiaries were admitted to hospitals, how long they stayed or how much their care cost. 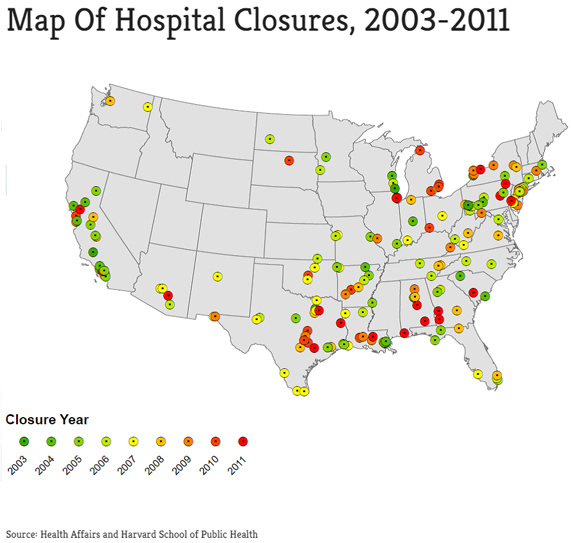 The closed hospitals tended to be financially troubled, with revenues averaging 13 percent less than the cost of running the institutions. “It’s possible that we didn’t see any change in outcomes because patients instead went to nearby hospitals that had better finances and may have had more resources to provide care,” said Dr. Karen Joynt, the lead researcher on the study.

She cautioned that the study looked at the average experience of a hospital closure and should not be interpreted to mean that every hospital loss is harmless. “I would be shocked if you couldn’t find an example where access is really threatened,” she said.

One of the study’s surprises was that 70 percent of the hospital closures were in urban areas rather than in rural regions, where hospitals have had trouble staying afloat for decades. Rural closures can be devastating when the hospital is the only one in the region. Medicare pays isolated hospitals more generously to help them keep going. Since 2010, 50 rural hospitals have closed, 16 of them last year, according to the N.C. Rural Health Research Program.

A less surprising finding from the study was that a third of the closed institutions were safety net hospitals that treated large numbers of the poor and uninsured. Joynt said the researchers had no way of examining whether the health of low-income and uninsured people suffered from the closures, so it was possible those closures did have deleterious effects. The paper looked at Medicare patients because their records are easiest to analyze and compare.

Nancy Foster, a quality expert at the American Hospital Association, called the paper “an important first indication that nothing untoward has befallen patients thus far, but we’ve got to continue to monitor this.”

She said that with hospital admissions declining overall, many are building outpatient clinics and stand-alone emergency rooms, to ensure patients aren’t abandoned.

The Harvard study did find a few changes when hospitals closed. Readmission rates dropped by more than 6 percent, and patients were more likely to go out of their health care market when they needed to be admitted to hospital. On average in places where hospitals closed, the percentage of Medicare patients leaving the area for inpatient hospital care increased from 43 percent before the hospital closed to 54 percent afterward.

“On average, people are going a little further, but it clearly has no negative effect on their outcomes and on their health,” said Dr. Ashish Jha, another author of the study.

He said that while hospitals are often coveted because they are large employers, from a health perspective, fewer admissions can be a good sign. “If we do our job well and keep people healthy, many hospitals will become unnecessary,” Jha said.