The Care Act, a top priority for AARP, provides elderly patients with caregiver assistance before leaving the hospital. A similar policy is moving forward for hospitals to adopt discharge policies for patients whose stay results from a mental health crisis.
By:
Chris Gray 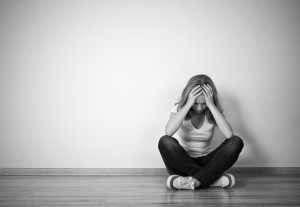 The House Health Committee is moving forward with two bills to close a coverage gap -- linking people who need special assistance with information about a caregiver or supportive person before they leave the hospital.

House Bill 3378, which advocates from AARP and the Oregon Association of Hospitals and Health System have dubbed the Care Act, has been promoted for elderly people who need a caregiver but  the policy could affect anyone. The legislation has become a model for a similar discharge policy for people with mental illness, HB 2023.

“When discharge planning is done well, it’s customized for that patient,” said Jessica Adamson, the lobbyist for Providence Health & Services, at a hearing earlier this month.

One big incentive for the hospitals to support better discharge policies is the Affordable Care Act -- which penalizes them for high readmission rates by cutting their Medicare payments, as Rep. Mitch Greenlick, D-Portland, reminded the committee.

“We have a partner in the hospitals for providing quality care and preventing readmissions,” said AARP lobbyist Jon Bartholomew.

Oregon’s healthcare transformation also keeps close track of readmissions for Medicaid patients, and the Oregon Health Authority rewards coordinated care organizations for keeping track of the follow-up on mental health patients who are hospitalized by offering bonus payments. The state also faces financial penalties from the Centers for Medicare & Medicaid if the Oregon Health Plan does not lower certain readmission rates.

The Care Act requires hospitals to assess patients for self-care, helping them designate an in-home caregiver, and giving the patient and the caregiver instructions and training on doing a treatment plan at home. “We have more work to do to help people plan to take care of their family and friends,” said Bill Olson, chairman of the Advocacy Coalition of Seniors and People with Disabilities.

The mental health bill, House Bill 2023, is much more specific, and requires hospitals to have policies in force before discharging patients treated for mental healthcare. The final policy was a consensus worked out between the hospitals, mental health advocates and Rep. Alissa Keny-Guyer, D-Portland.

The discharge policies encourage patients to designate a caregiver, assess their potential for suicide and their long-term needs. Within seven days of leaving the hospital, these patients must have an outpatient treatment scheduled.

Mental health advocates testified last month that their loved ones had fallen through the cracks when they left the hospital, often with no immediate appointment or meaningful follow-up. The policy change appears to be one of those rare moments where grassroots passion is leading to a new law. Mental health activist Jerry Gabay has worked for such a change after a poor discharge plan contributed to his daughter’s suicide.

The coincidental timing of the measure brought by AARP worked in the favor of mental health advocates, who have struggled for years if not decades to eliminate this critical coverage gap. A second mental health priority, HB 2022, which requires case management for mental health patients, appears dead, while a third bill, HB 2948, meant to clarify federal privacy laws for providers, is scheduled for a vote today.

AARP proposed the Care Act because a growing number of in-home caregivers for the elderly do more than the traditional responsibilities like bathing or feeding. Bartholomew told the House Health Committee earlier this month that a study showed that three-quarters of caregivers assist with medication management, often administering injections and intravenous drugs.

Nearly half the caregivers assisted with nursing tasks for multiple conditions while more than a third told AARP they needed more training to treat wounds and other tasks. Half of all caregivers are unpaid as well, and lack the training they might receive from a home health agency.  “We’re seeing a steady shift in the use of family caregivers,” Bartholomew said.

There are over 460,000 unpaid caregivers in Oregon who provide care valued at over $5.5 billion annually, according to his testimony.

HB 2023 passed the Health Committee unanimously on Wednesday; HB 3378 is scheduled for a vote on Monday.