In other bills, Democrats want better quality controls for future state contracts while Rep. Keny-Guyer is pushing bills to better protect children from radon at school and hazardous chemicals in their toys.
By:
Christopher David Gray 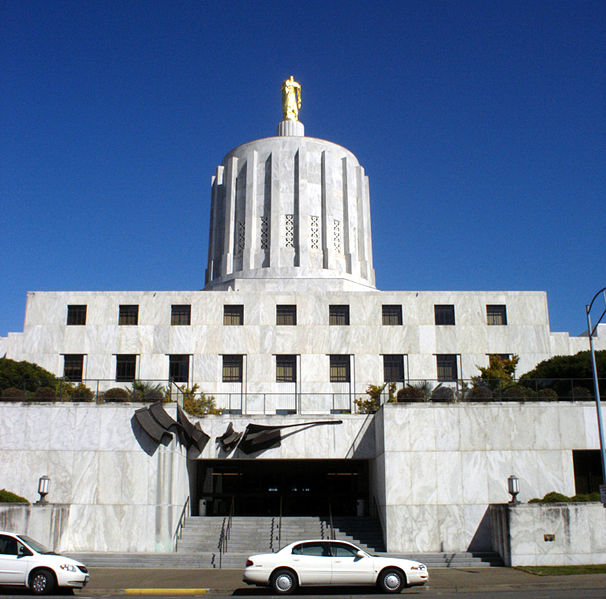 In a short but busy February legislative session, state legislators would get their insurance through Cover Oregon under one proposed bill while legislators have introduced a second bill designed to prevent future government debacles like the one that befell this fall’s rollout of the state health insurance exchange.

Rep. Julie Parrish, R-West Linn and Sen. Chip Shields, D-Portland have put together House Bill 4096, which would require management at the Oregon Insurance Division, employees of Cover Oregon and elected officials, including legislators to get their insurance through the exchange.

Parrish told The Lund Report that she’s received bipartisan support for the bill, but that some legislators have told her privately that they’re reluctant to give up a significant perk of their office -- membership in the Public Employees Benefit Board.

Oregon state lawmakers receive a meager salary of only $21,600, but get some of the richest coverage in the state through PEBB. Most of the plans on Cover Oregon have fewer benefits and have higher deductibles than what PEBB offers.

If the people who deliver health insurance benefits through Cover Oregon depend on the exchange for their own health insurance, it could make them more likely to ensure quality, in theory.

In addition to Shields, HB 4096 is supported by Sen. Elizabeth Steiner Hayward, D-Portland, and Rep. David Gomberg, D-Lincoln City, but to get anywhere in the House, it will require the blessing of Rep. Mitch Greenlick, D-Portland, who’s the powerful chairman of the House Health Committee.

Greenlick has not yet weighed on the bill, but House Democratic spokeswoman Lindsey O’Brien said the lawmaker has sponsored a Cover Oregon bill of his own with Eugene Democrats, Rep. Nancy Nathanson and Rep. Paul Holvey. House Bill 4122 requires third-party oversight of all state contracts worth more than $1 million.

“Part of our action plan is to raise the standards for government contracts so that the state can hold companies accountable if they fail to live up to their promises,” O’Brien told The Lund Report.

But the contractors for Cover Oregon had a third-party overlooking their performance -- Virginia consultant Maximus, Inc. A public records investigation by The Oregonian determined that Maximus began raising red flags as soon as it was hired in November 2011, but its recommendations were largely ignored by state officials, including former Chief Information Officer Carolyn Lawson, who resigned under intense media scrutiny this fall.

The Lund Report asked Greenlick in an email how the oversight in his bill would differ from the role of Maximus, but he did not respond.

On Friday, House Speaker Tina Kotek, D-Portland, extended her support for HB 4122 and promoted legislation that would extend whistleblower protections to Cover Oregon employees and direct Cover Oregon to ask the federal government to extend the open enrollment deadline beyond the end of March.

“We need to take these steps now to help people, ensure accountability, and give Oregonians confidence in public contracts in the future,” Kotek said in a statement.

In his own statement Friday, Senate President Peter Courtney, D-Salem, said he would ensure that the Legislature would provide funds for the extension of the Oregon Medical Insurance Pool. The high-risk pool was set to expire in December, but Gov. John Kitzhaber set up a temporary, three-month program to ensure people in that insurance program would maintain their coverage until they can become enrolled in Cover Oregon.

“The governor and Cover Oregon need to take advantage of the Legislature being in session. If changes need to be made, now is the time to make them,” Courtney wrote.

Rep. Alissa Keny-Guyer, D-Portland, has reintroduced her Toxics Disclosure for Healthy Kids Act, which will require major toy manufacturers who sell children’s products in Oregon to report if they use any hazardous chemicals, phase them out, and replace them with safer alternatives.

Her bill passed the House in bipartisan fashion last year only to die in the Senate after Republican sponsor Sen. Brian Boquist of McMinnville withdrew his support and conservative Democratic Sen. Betsy Johnson of Scappoose teamed up with Republicans to kill the bill along with a raft of other progressive legislation at the end of the session.

This year’s legislation, dubbed Senate Bill 1569, has three House Republicans backing it, but no Republican senator so far. Keny-Guyer said Sen. Chris Edwards, D-Eugene, will first introduce a toys bill in the Senate, giving legislators in the upper chamber a better chance to debate and understand the legislation.

Keny-Guyer is also supporting a bill designed to protect children from deadly radon. Senate Bill 1511 requires any schools and daycare centers that receive state funding to conduct seismic upgrades to test for radon and eliminate the hazard if needed.

“Radon is the second-leading cause of lung cancer, and it affects non-smokers,” Keny-Guyer told The Lund Report. “Whenever we improve the environment of children, we have a really long rate of return.”

The radon bill will also start in the Senate, where it has the backing of newly minted Sen. Michael Dembrow, D-Portland, who left his House seat this winter to replace former Sen. Jackie Dingfelder, D-Portland.

Image for this story courtesy of Wikimedia Commons (public domain).

For the latest information

For the latest information about healthcare reform, see: http://www.healthcaretownhall.com/#sthash.otwpbzpi.dpbs