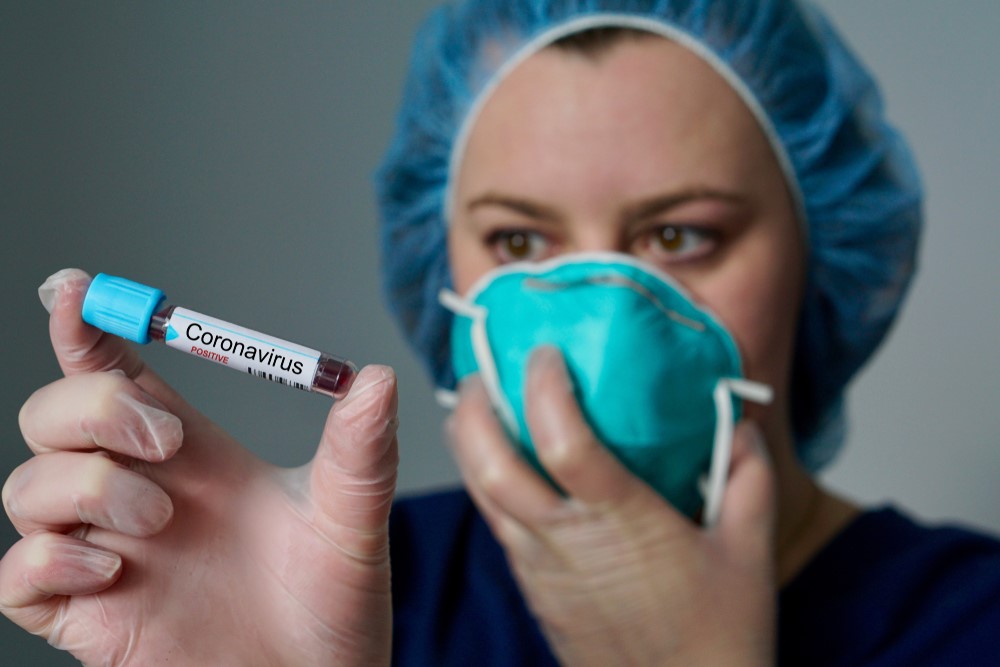 Contact tracing, a critical part of efforts to slow the spread of the coronavirus, has fallen behind in recent months as covid-19 cases have soared. President Joe Biden had pledged to change that.

Biden proposes hiring 100,000 people nationwide as part of a new public health jobs corps. They would help with contact tracing and facilitate vaccination. Experts said it’s not clear that would be enough tracers to keep up with another surge in covid cases, even if the vaccination rate increases at the same time.

As with everything covid right now — testing, vaccinations and hospital capacity — ramping up contact tracing has become a race against time as new, more contagious variants of the virus threaten to accelerate transmission of the disease.

In addition, as testing has steadily increased to around 2 million per day, so has the need for tracing. The two go hand in hand. Also, even conservative estimates put the number of people with undetected infection at two to three times the number with reported positive test results.

Such estimates translate to 75 million to 100 million infections in the U.S. Officials in California’s Los Angeles County reported Jan. 14 that an estimated third of the population of the county, the nation’s largest, was likely infected.

I have experienced the urgency of the pandemic up close. With a leap of faith, I became a foot soldier in the covid fight last June as a contact tracer in Maryland. Talking by phone to dozens of infected and exposed people every week, I hear about the impact of the virus on families in often sobering detail.

We tracers, for example, are often the first to reach people with their positive test results since labs and health systems frequently get backed up. For people already experiencing symptoms, our calls usually confirm what they suspected. For people without symptoms, though, we are the bearers of unwelcome news. That’s not an easy part of the job.

Still, almost everyone we interview takes it in stride. They agree to isolate and provide us with the names of people they’ve come into “close contact” with — generally, within 6 feet for more than 15 minutes — in the previous week or two. Those contacts then get a call, too. The aim is to reach as many people as possible within 24 hours, to break the chain of transmission by urging them to stay home and quarantine.

Of course, not everyone cooperates. Some decline to quarantine or give the names of close contacts. Most states do not report the number of uncooperative people. But a Pew survey of adults conducted last July found that 93% said they would quarantine if told they had the virus. A third, however, said it would not be easy to do so — usually because of work — and a quarter said they would not be comfortable telling tracers about places they had been or people they’d been in close contact with.

As such, contact tracing has inherent limitations, and quarantining isn’t enforced in the U.S. Tracing also becomes far less effective as the number of cases grows.

An analysis by researchers at Johns Hopkins University in Baltimore concluded that contact tracing in the U.S. can be fully effective in mitigating spread of the virus only when new cases are at or below 10 a day for every 100,000 people. The case count now exceeds that in most states. The national seven-day average as of Monday was 35 cases per 100,000.

Even so, Watson added, “every contact traced still means lives potentially saved. We can’t let up.”

Every state has a tracing program, but they vary widely. The Centers for Disease Control and Prevention has comprehensive covid tracing guidelines, but the Trump administration had neither data nor performance requirements for states to meet.

A White House spokesperson told KHN that the administration views contact tracing as “critical to efforts to reduce spread of the virus.”

Staffing is the most significant challenge. Researchers at George Washington University in Washington, D.C., evaluated contact tracing needs and how states and counties performed.

Their bottom line, based on the most recent surge in cases: The nation would need 928,000 contact tracers to keep up with the current number of cases — or 281 per 100,000 people.

But that projection, which takes many factors into account, is widely viewed as unrealistic. The current number of tracers, according to data from Johns Hopkins, is 70,500.

“If we could get close to half the ideal number, it would help greatly,” said Dr. Amanda D. Castel, a professor of epidemiology at George Washington University. “With luck the vaccine will begin to reduce the need.”

Most states aren’t even close to 140 tracers per 100,000 people. With 530 active tracers, the District of Columbia has 75 per 100,000 people, more than any state. Fifteen states have 12 or fewer per 100,000. And the number of people who have received two doses of the vaccine is not yet large enough to appreciably reduce the rate of infection.

State and county health departments are keenly aware of the deficit and have moved to hire more tracers or deploy existing state or county employees to the task. Maryland, for example, has hired several hundred tracers in the past three months and is up to 1,550, said Katherine Feldman, director of contact tracing for the state. That’s still just 26 tracers per 100,000 people.

Nationally, states have hired about 17,500 tracers since October, according to Johns Hopkins data.

Biden recommended hiring contact tracers and other public health workers as part of his proposal for a $1.9 trillion covid relief and stimulus package.

Those hired would keep their jobs once the pandemic eases, to enhance the nation’s permanent public health corps and readiness. The president’s proposal does not stipulate, however, how many of those hired would be initially deployed to contact tracing. Administration officials did not respond to requests for comment on this point.

Last week, a group of Republican senators proposed a scaled-back $618 billion covid relief package that includes resources for vaccine distribution, testing and tracing but makes no mention of a public health service corps.

David Cotton, vice president for public health research at NORC, the University of Chicago  survey and research organization that assists Maryland with its program, said that while tracers don’t need medical or public health experience, hiring and training the right people and nurturing their skills is not something to be taken lightly.

“The success of tracing depends on having people in that job who can gain people’s trust,” he said. “Plus, the work can be quite emotionally draining.”

In Maryland, we have shortened the questionnaire and prioritized geographic areas with high positivity rates. People are also being texted to prompt them to answer our initial calls. These steps have sharply reduced a backlog of cases, said Feldman.

Nationally, traditional tracing programs successfully reach about 65% to 75% of people who test positive and 55% to 60% of contacts. Those numbers are likely trending lower over the past six weeks after the recent surge in cases, experts and state officials said.

But no one knows for sure. That’s because there is no national reporting requirement or strategy for tracing metrics, and only 14 states make full data on their tracing programs public.