PacificSource and Legacy Health to be Equal, Autonomous Partners

The health insurance plan and hospital system intend to create a new umbrella company that allows for integrated care while maintaining distinct corporate structures in the two halves of the new company. Approval of the deal is expected by early summer.
By:
Chris Gray 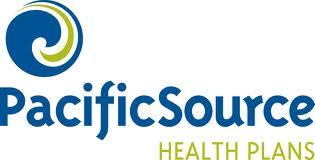 The pending merger of two of Oregon’s key, homegrown nonprofit healthcare players -- PacificSource Health Plans and Legacy Health -- passed an easy hurdle as the two parties laid out their case for a combined, integrated healthcare company without any public opposition at a public hearing in Eugene on Monday.

Brown and Pacific Source CEO Ken Provencher took turns explaining the merger to a small audience and the Oregon Division of Financial Regulation. Provencher explained that his company would put up $247.5 million in reserves for the new combined health plan/health system, while Legacy will put up an initial $100 million followed by $29.5 million each of the next five years through 2021.

Provencher sought to put to rest concerns that his company was seeking to survive the losses hitting much of the health insurance industry. He noted his company had $1.2 billion in revenue, $340 million in assets and a $139 million operating margin. “We enter into this partnership not out of a desperate position but one of strength,” he said.

For Legacy Health, the Affordable Care Act has been a boon, with annual profits rising from a steady 3.6 percent in 2013 and 3.4 percent in 2014 up to 7.3 percent in 2015. Still, Brown claimed his health system lost $172 million from low Medicaid and Medicare reimbursements.

PacificSource has anticipated that the merger would see revenues rise 6.5 percent in the first year, with only a 4.2 percent rise in costs, despite steep cost increases in the overall health insurance sector.

The Division of Financial Regulation, which includes the old Oregon Insurance Division, must approve the deal because of its effects on PacificSource policyholders, the bulk of whom are in Lane County. Although no one from the public testified at the hearing in Eugene,the merger has generated some written testimony from agents, said Insurance Commissioner Laura Cali, who added that public testimony will be solicited through April 11.

Ryan Keeling, the chief financial analyst for the state agency, said he expected the regulators to make a decision by June.

Some outside observers, including Jesse Ellis O’Brien, the healthcare advocate at the Oregon State Public Interest Research Group, have expressed concerns about industry consolidation, but Provencher argued that since the two companies are in different sectors of healthcare, a merger would only buttress the local companies. “It is not a consolidation of healthcare systems or the insurance industry,” he said.

Provencher told The Lund Report after the hearing that the merger would likely increase PacificSource’s share of the Portland health insurance market, and they would likely begin offering coverage in Washington state, where Legacy operates the Salmon Creek Hospital in Vancouver.

PacificSource is a leading health plan in the Eugene area but sells insurance in most of Oregon as well as Idaho and western Montana. It also operates the Medicaid coordinated care organizations in the Bend and Hood River areas. PacificSource is licensed to sell insurance in Washington state, but has never done so.

Moda Health, one of its top competitors, left that market and retreated to its core Oregon and Alaska markets after taking heavy losses from its much larger presence in the federally subsidized individual health insurance exchanges.

Beyond the takeover of Silverton Hospital, Provencher thought Legacy Health would be less likely to expand its provider and hospital services south and east into PacificSource’s turf. Instead the big gain for Legacy would be the chance to offer an integrated health model similar to Providence where members receive both healthcare and insurance.

The move follows the affiliation of Moda Health with Salem Hospital and Oregon Health & Science University, but goes farther since Legacy will be conjoined as an equal partner with PacificSource.

PacificSource will gain more direct access to the 2,300 Legacy Health partners, which include a small number of Legacy employees along with a larger number of independent physicians, nurse practitioners and other providers.

“(And) we’ll continue to work with other providers in all our markets,” Provencher told The Lund Report.

Despite their co-ownership of the umbrella company, Provencher said his employees should not see any disruption, and the two halves of the company will continue to operate with independent boards. “Our corporate structures will remain independent.” .

Legacy’s five hospitals have 1,111 beds and an average daily census of 729 patients. Brown said that Unity Health -- a partnership with OHSU to offer more rigorous acute psychiatric care in the old Portland state mental hospital -- is on schedule to open in spring 2017.