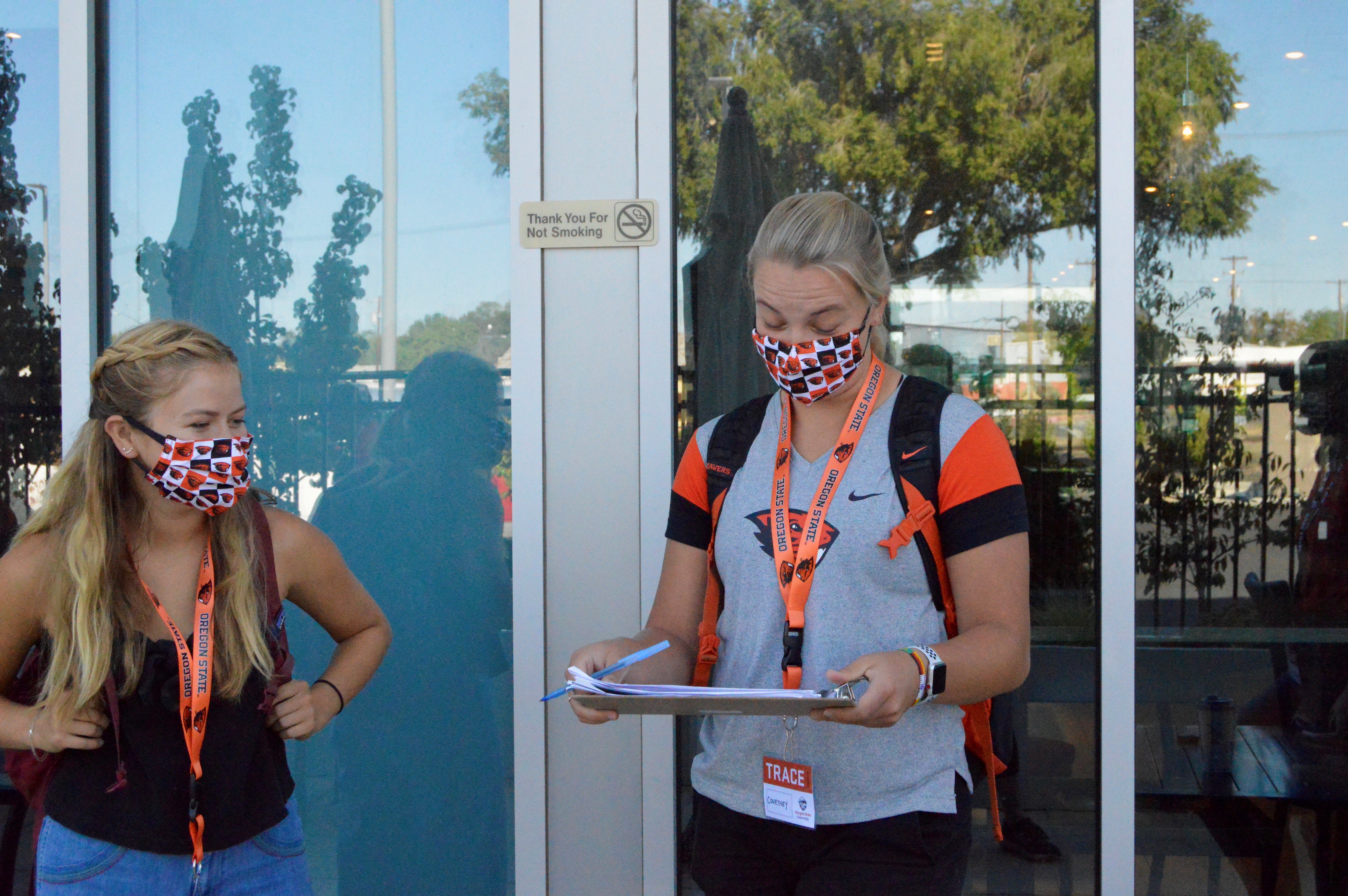 Oregon State University went door to door in Hermiston for a coronavirus study./OSU

A random sampling of Hermiston residents last Saturday and Sunday found that 41 of 471 people – or 8.7% – tested positive for coronavirus.

Researchers subsequently calculated that the actual prevalence was 17%, or about 3,000 active infections in a city of about 18,000 residents.

“This study confirms what we have feared based on weeks of troubling data from the Oregon Health Authority: The coronavirus has spread throughout Hermiston and threatens the entire community,” Brown said in a statement.

Brown learned about the study results Thursday during a briefing from top leaders at the Oregon Health Authority, who also shared other state-collected data points showing persistent problems in Umatilla County.

Coronavirus cases have been surging in Umatilla County for a month and a half, pushing the jurisdiction to the fourth-most cases in Oregon despite having the 13th most residents. Cases are also climbing in neighboring Morrow County, prompting Brown to push it back into Phase 1 reopening status.

The growth of cases in the Hermiston area had been well documented even before the latest study, conducted by Oregon State University as part of its months-long project that began in Corvallis before moving to Bend and Newport. State data showed that Hermiston’s 97838 ZIP code has regularly had among the highest number of new cases since June.

“Our results indicate the virus is extremely widespread in Hermiston and more prevalent than previous data had indicated,” Ben Dalziel, an assistant professor and co-director of the project, said in a statement.

It’s not clear how many of the 41 people who tested positive during the OSU study had already been identified as testing positive and included in numbers compiled by the Oregon Health Authority. The state has identified 1,902 Umatilla County residents with confirmed or presumed infections.

Dalziel told The Oregonian/OregonLive that participants who submit test samples are not asked if they have already been tested or if they have tested positive for COVID-19.

But researchers do ask about symptoms, and four out five Hermiston residents who tested positive during OSU’s project did not report having indicators of the virus. Participants are given a swab to collect a sample from their nose.

Researchers also collected samples from sewage in Hermiston, and Boardman in Morrow County, to monitor spread. Those also showed high levels of the virus.

“The results of this study are a significant warning,” he said in a statement. “We now have a clearer picture of how many people are carrying this disease without knowing it, and how rapidly it is spreading family to family, household to household.”

This story was originally published by The Oregonia/OregonLive and is posted here through a coronavirus content-sharing agreement.