The Division is reconsidering 2017 rates for ATRIO Health Plans, BridgeSpan Health Company, Providence Health Plan and Regence BlueCross BlueShield of Oregon and expects to announce its decision later this week.
By:
Jesse O’Brien 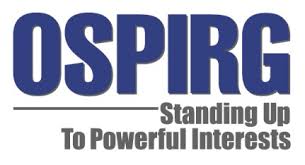 OPINION -- We applaud DCBS’s efforts to ensure broader access to and choice of health coverage in parts of the state where insurers were initially proposing to pull out of the Individual market in 2017, including parts of Central, Eastern and Southern Oregon, and we support the effort to enable expanded access through the rate reconsideration process. Consumers benefit from a range of health plan options not just through expanded choice, but through more robust competition between health plans, which creates stronger incentives to contain cost and improve quality.

Approving rates for parts of the state that carriers were proposing to leave will require reconsidering the decisions made on the rate filings, and we recognize that this may result in higher rates for some Oregonians in the short term. In the context of a potential crisis in access to health coverage in some parts of the state, this may be a worthwhile tradeoff, but we urge DCBS to exercise caution and ensure that consumers are not overcharged as a result of these changes.

We urge DCBS not to approve rates that include unreasonable costs solely in order to ensure expanded access to coverage. For example, DCBS cut back Providence’s rate proposal by 5.5 percentage points in its decision on the insurer’s filing due not only to issues pertaining to its service area reduction—which DCBS clearly needs to reconsider now that Providence is proposing to continue offering coverage statewide—but due to finding that its 3% profit provision was excessive. This finding is unrelated to Providence’s service area and should not be reconsidered. Reconsidering findings unrelated to service areas could set a precedent that insurers can avoid unfavorable rate decisions by proposing to scale back their service areas, which could be severely damaging to Oregon’s robust rate review process.

While we support DCBS’s efforts to avoid a dramatic reduction in consumer choice and health plan competition in 2017, we are concerned that the structural factors motivating health insurers to drop coverage in many parts of Oregon will remain in place unless further action is taken. As has been widely reported,1 and as the Oregon Health Authority’s recent hospital cost report2 demonstrates, health care costs and provider prices in the areas insurers were proposing to leave tend to be substantially higher than in other parts of the state. We are concerned that, if these high costs are not addressed more directly, insurers will continue to have a hard time offering affordable coverage options in many parts of Oregon. Moving forward, we urge DCBS and Oregon policymakers to pursue more comprehensive long-term solutions to ensure the sustainable availability of affordable health coverage for all Oregonians.

Jesse O’Brien is the Policy Director for OSPIRG and OSPIRG Foundation. He can be reached at [email protected].