OSHA Will Decide On Emergency Regulations For Farmworkers 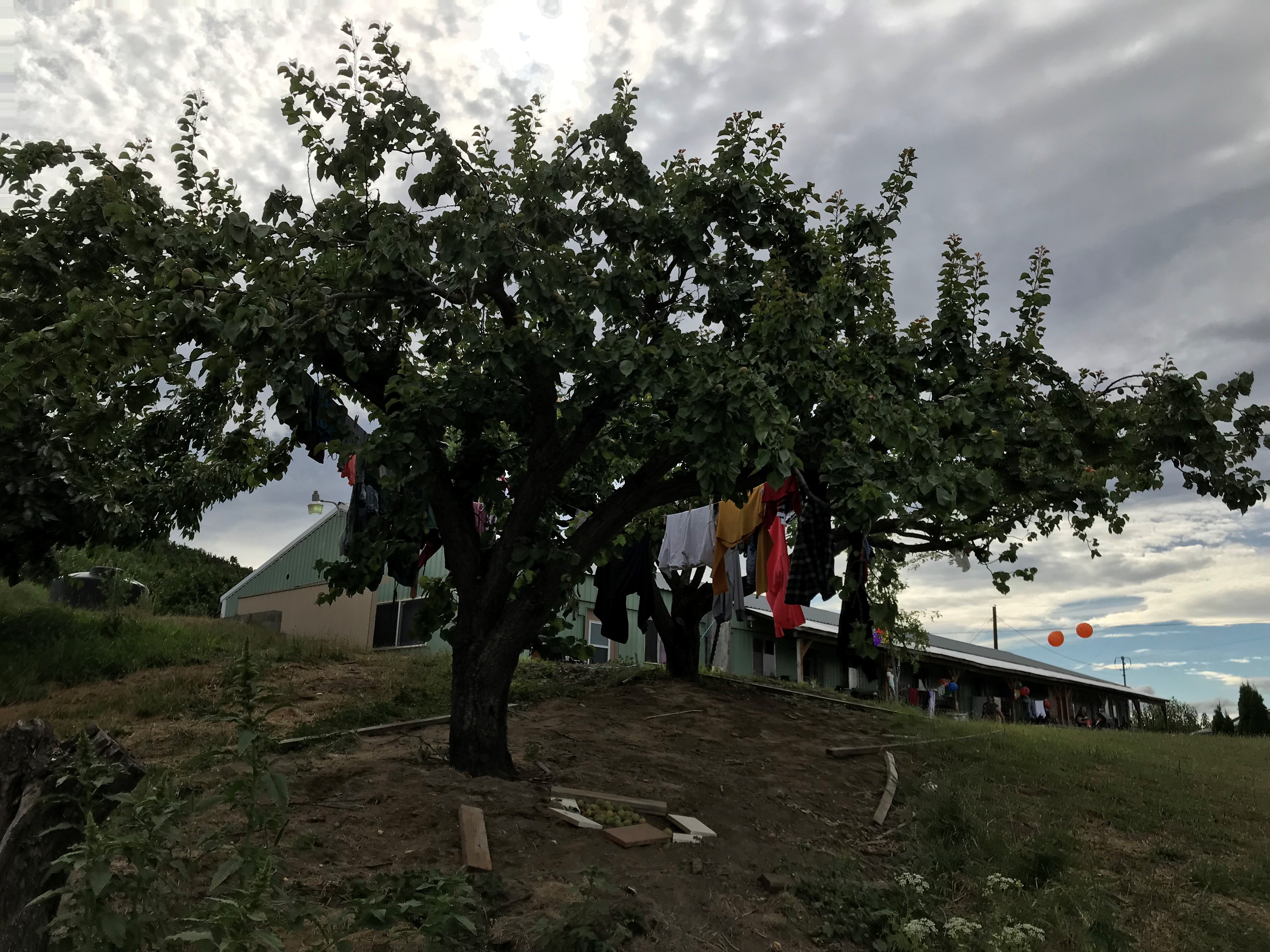 Farmworker housing in the Columbia River Gorge./Courtesy of the Oregon Law Center

Oregon’s harvesting season is fast approaching and farmworker advocates are worried. They fear that if new protections are not put in place, the health of pickers could be put at risk by the  pandemic.

They’ve pushed the Oregon Occupational Safety and Health agency for emergency regulations to protect the state’s  160,000 seasonal farmworkers from getting infected with coronavirus.

They’re expected to get a response in days.

The timing of the request is critical, they say, because tens of thousands of hand-harvest workers, often working within just feet of each other, will begin field work in just weeks as planting and related activities get underway.

“What we’re asking for is at least a fighting chance instead of just throwing people out there with very little protection,” said Nargess Shadbeh, director of the Oregon Law Center’s farmworker program. “Peoples’ lives are at stake.”

Michael Wood, OSHA administrator, said he hopes to decide “before the end of the month” whether to grant some or all of the emergency measures requested by the law center.

“We know there are genuine risks presented by the nature of this work and the nature of these facilities,” Wood said. “There are certainly some unique aspects that make this a particularly troublesome situation.”

Wood last month declined to act on the law center’s requests for the same list of emergency rules.

“In saying no, we weren’t saying no to any possibility of temporary rules adopted on an emergency basis,” he said. “We said we weren’t going to do it then. It was the immediacy of the request that was denied.”

Among the more contentious of the requested rules are:

“We really need to think about the next few months in terms of how a big outbreak would overwhelm local clinics and hospitals,” she said, “not to mention addressing the health of  farmworkers themselves and their employers.”

She and Shadbeh both referenced a recent situation in Washington, where half of the 71 agricultural workers in a housing facility near East Wenatchee tested positive for COVID-19. All 36 were asymptomatic prior to being tested for the virus and are now isolated in the housing facility.

The incident, reported in The Wenatchee World newspaper, marked the first wide-scale testing of asymptomatic individuals in north central Washington and is thought to be the first of agriculture workers.

“If officials in this state don’t think it’s happening, this story shows that it is,” Shadbeh said. “It’s here and it’s real.”

Among the Oregon growers who weighed in with comments opposing the law center’s request for emergency rules is Steve Catts, who founded Twin Springs Nursery south of Donald in 1988. He characterized the virus as a “really big issue for all of us,” but added that he and other growers are already moving aggressively toward limiting possible outbreaks.

“If one of our employees got this, it would be really bad for our company,” Catts said. “We are doing everything we can to avoid this.”

The company has posted laminated signage in both English and Spanish at various places around the 275 acres the nursery manages. Managers are conducting training sessions for employees to stress the importance of hand-washing, Catts said. In addition, truck drivers entering the property are being told to remain in their cabs while plant supplies are loaded and unloaded.

But the costs the proposed new regulations would entail could be financially ruinous, he said.

“To demand that we buy a bunch of new portable bathrooms, at a cost of $4,000 each, right in the middle of our busiest time of year, is just not realistic,” Catts said. “No way can we afford that. It’s way too onerous.”

Shadbeh of the law center said advocates understand the financial pressures growers face but think the measures are important.

“We are not trying to be averse to industry,” Shadbeh said. “We’re trying to be helpful. And we hope they take this seriously.”

Apr 27 2020
News source:
The Lund Report
Keywords:
coronavirus, COVID-19
×
This article is for premium subscribers. If you are one, please sign in below.
You can see two more premium stories for free. To subscribe, click here. We depend on premium subscriptions to survive, and they are tax deductible.
Sign InGo Premium Not now