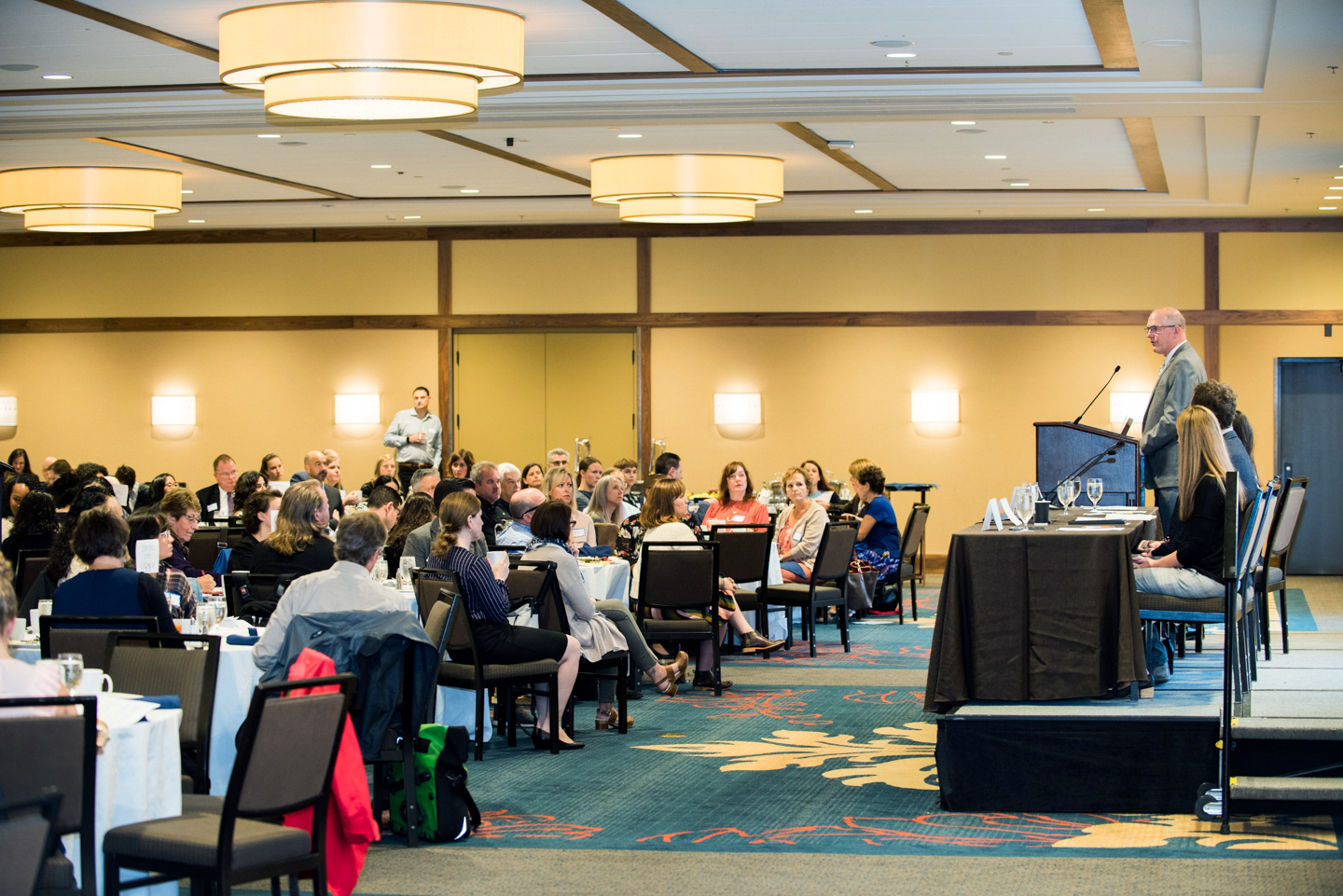 Steve Allen, hired as behavioral health director for the Oregon Health Authority in late April, spoke about changing the system to an audience of 185 people at an Oregon Health Forum panel discussion Wednesday at the Multnomah Athletic Club in Southwest Portland.

The panel was a continuation of a March breakfast panel on mental health.

One in six Oregonians live with mental health problems, and many encounter barriers to care. That is a major problem, Allen said.

“Everything I’ve experienced in these last few months has reinforced that this is the time for change,” Allen said.

The health agency acknowledges that Oregon’s behavioral health network is the weakest link in the state’s health system.

Allen, who previously worked as a senior advisor for the Washington, D.C.-based Council of State Governments, said he wants Oregon’s behavioral health system to have simplicity in access to care, and that it’s wrong for people to be blacklisted from receiving behavioral health care.

“We can’t have a situation where people desperately need services and can’t get them,” Allen said.

The behavioral health care system needs to be designed so people feel it is responding to their needs, Allen said.

“We’re going to move this system forward together because we have to,” he said. “People need us to do that.”

Some communities don’t welcome the young men, creating a barrier to care, she said. “Many folks who we work with don’t trust the systems that are in place,” Otis said. “And some of them are very justified in their perspective on that. And we have to accept our part in that.”

Otis said it’s much easier to pair her clients with care if they have a relationship with the agency or people helping them, which makes them see it as a viable resource.

Caring For Homeless A Challenge

“Do we have a duty to care for and help some of the most vulnerable folks in our communities,” he asked. “And if we do, do we then have the commitment to do what it takes to get that done?”

He said that since many long-term psychiatric institutions closed in the early 1980s, many of those same people who would have been in those institutions are now cycling through homelessness, stays in hospitals and jail or prison.

He said Oregon must balance caring for those in need, while also not forcing people to get care in a way that violates their civil rights or safety.

“The trick is, how do you build a system that doesn’t act like we have all the answers and we know what is best for other people, but also doesn’t end up as a system where people are suffering from severe neglect,” Berry said.

Janie Gullickson, who is in long-term recovery from substance use and has been sober for more than a decade, said that peer-run resources should be a higher priority.

Gullickson is the executive director of the Mental Health & Addiction Association of Oregon. She said peer-run programs have shown to improve outcomes.

“But we are not funding those. We are not funding our community-based recovery centers for mental health,” Gullickson said. “Real drop-in centers, where a community is, and we have friends and fun things to do.”

Jill Archer, vice president of behavioral health at CareOregon, a nonprofit that provides health insurance, said there needs to be investment in behavioral health system analytics, and electronic medical records.

“We need to build the infrastructure ... so we can track outcomes and quality,” Archer said.

At the end of the discussion, the panel took audience questions. One of those came from Jake Harwood. It asked which analytics are important to examine for health outcomes. Berry said collecting data can sometimes be a drain on staff, especially if that collection isn’t targeted to the right areas.

Berry said quality of life, mortality rates, homelessness, and incarceration are important data areas to examine in their connection to mental and behavioral health. But he also noted that how that data is considered needs to include the opinions of those receiving care too.

Otis said that inclusiveness is an important key to improving Oregon’s behavioral and mental health systems. She said often committees or groups targeted at improving those systems have been missing those lived experiences.

“We need to make sure their voices are heard,” Otis said.

Sep 25 2019
News source:
The Lund Report
Keywords:
oregon health forum, steve allen, oregon health authority
×
This article is for premium subscribers. If you are one, please sign in below.
You can see two more premium stories for free. To subscribe, click here. We depend on premium subscriptions to survive, and they are tax deductible.
Sign InGo Premium Not now