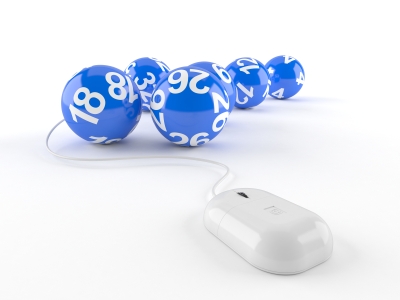 May 13, 2013 -- A study of Oregonians who won a 2008 state lottery to get Medicaid benefits has sparked an intense debate about the value of expanding health care to the poor and about the benefits of health insurance in general. The researchers reported in the New England Journal of Medicine last week that those who gained Medicaid coverage used more health services than low-income residents who had not been accepted into the program. But the Medicaid enrollees did not show significantly better blood pressure, cholesterol and blood sugar levels than the other group, although they had lower rates of depression.

After winning the lottery, Mary Carson, 55, was accepted into the Oregon Health Plan, the state's Medicaid program, in 2011. She and her partner live with her three children. They earn about $1,000 a month by making and selling replicas of historic battle knives used in the Civil War and the two World Wars, doing odd jobs and providing respite care for people with cancer. Her comments on a popular blog about some of her own experiences on Medicaid have garnered some attention.

Kaiser Health News interviewed Carson by phone this week. The following is an edited transcript of the interview.

Q: Where did you go for health care before you won the Oregon lottery?

A: There was a low-income clinic that would see people without health insurance, so that’s where I was going when I had no health insurance. They would see people for $25 a visit, so that was enough to keep my prescriptions filled. I have high blood pressure and depression so I need three or four different medicines. I’ve gone to some of the clinics for people with no insurance: a giant group of people in a basketball court, trying to get their tumors looked at. It was just so depressing and doesn’t seem very American and seems wrong.

Q: How did lacking insurance affect your medical care?

A: At one point I needed some cortisone for my asthma and they wanted to do a complete heart work-up to make sure that my troubled breathing wasn’t congestive heart failure. You're always telling them, "No, no, no, this is the only thing I want." It's like trying to buy the burger with no fries at McDonalds. You have this resistance all the time, because doctors and nurses look at you with these big soft eyes and say, "But it would be so important to know your level of cardiac health, I'm really concerned. I'm sure the doctor there will work out something and make payment arrangements." And it sounds so good and you do it and it never works out. The discount isn't there or you fill out something wrong and all of a sudden you have a $300 bill in collections. So you have to make sure none of that happens to you.

Q: When you went on Medicaid and could afford blood tests, what did you learn?

A: I found out I have really low Vitamin D levels, that my cholesterol isn't really good, but it's not really bad. There are things I need to change in my eating and exercise. My blood sugar, I'm pre-diabetic, just on the edge of needing diabetes medication, so I need to watch what I eat. It's hard to eat really healthy when you're on food stamps because you get $3 a day for groceries and you're not going to get a whole lot of lean meat and vegetables for $3 a day.

Q: How has your health changed since you went on Medicaid?

A: Over the course of nine months or a year I was able to drop two different blood pressure medicines, which is nice because they had side effects I didn’t like. So I'm down to half a pill of one of the medicines and my blood pressure is still stable. For about a five-year period I thought my thyroid medicine was too low and I couldn’t afford the doctor visit to have the lab slip to have the labs read to get a new prescription. That whole procedure is about $300 so I just stayed with the same medicine. With Oregon Health Plan I was able to go back to the doctor and when she said wanted check my thyroid levels I could say, "Yes, I'll go to the lab and get that done." They were low again. I was able to get that increased and that made a big difference in how much energy I had and how much better I felt.

Q: Has Medicaid helped you address all your health issues?

A: One of the problems I'm having is I need to find someone to prescribe my antidepressants. This clinic is nice but the doctors don't want to prescribe antidepressants, so I need to find a psychiatrist to do an evaluation. And I'm having a really hard time finding someone who will see me while I'm on OHP. I've been working on this since last fall, and I still can't find a doctor who will see me.

Q: If you had hadn't won the Medicaid lottery, where do you think you'd be financially and medically?

A: Financially, I'd be maybe $100 a month poorer. I would not be monitoring my blood sugar. I would not be paying as much attention to my cholesterol. I probably would have lost some weight but I don't think I would have lost so much, and I don't know if I would have been so good at keeping it off. I'd be much more anxious about what could go wrong. One of the things you get in Oregon is you get your teeth cleaned and X-rayed once a year. I hadn't been to the dentist in six or eight years except to have a tooth pulled. So it was really nice to have my teeth cleaned and find out I don't have cavities and don't need my teeth pulled. My father died of melanoma and there's a lot of melanoma in my family—one of my sons had skin cancer when was he was 15—and so that's a worry. Being able to go to the doctor and have my moles checked was a big weight off my mind. I'm a lot surer I'm going to be able to make it to 70 without being crippled or in a wheelchair and not being able to take care of myself.

And there's something about just feeling like you're part of regular life. There's a lot of emphasis on how everyone should be healthy and everyone should live longer, and you don't want to be a burden on society. If you don’t have medical insurance, you're kind of not part of that. It's hard to explain, but there's an element of participating in society that being able to go to the doctor gives you. Everybody always asks everyone how you're doing, and to be able say "My doctor says I’m doing really well," that's nice, instead of being in a group of people and saying, "Well, I don't really go to doctors."

Q: The Oregon study did not find significant health improvements for those who won the Medicaid lottery versus those who did not, with the exception of improvements in self-reported depression. Some commentators have seized on these findings to argue that having Medicaid does not lead to better health. Do you agree with that?

A: Some people have completely lost track of what health insurance is supposed to be. We're talking about somebody being able to get their broken arm fixed if they fall out of a tree. My blood pressure is still not perfect, but over the last two years I have stopped taking two different blood pressure medicines and am only taking half of a third. That is a health improvement but it doesn't necessary show up in the study. My blood sugar is not perfect, but it's more consistently in the right zone. But according to the study, I haven't improved.

Most of the people who are going to be on Medicaid are going to be working. What are you supposed to do if you're working at McDonalds' 30 hours a week? You're working all the hours they give you. Why shouldn't they be able to go to the doctor? Why should they have to lose everything they own if they break their arm and have to go to the emergency room? Everybody can't go to college and get a good job. Somebody is always going to work in the nursing home. Somebody is always going to work part-time at JC Penney even though they want to work full time, because the store only wants them there on Saturday and Sunday. Those people need to make enough money to live on, they need to have enough food to eat and they need to be able to go to the doctor when they're sick.