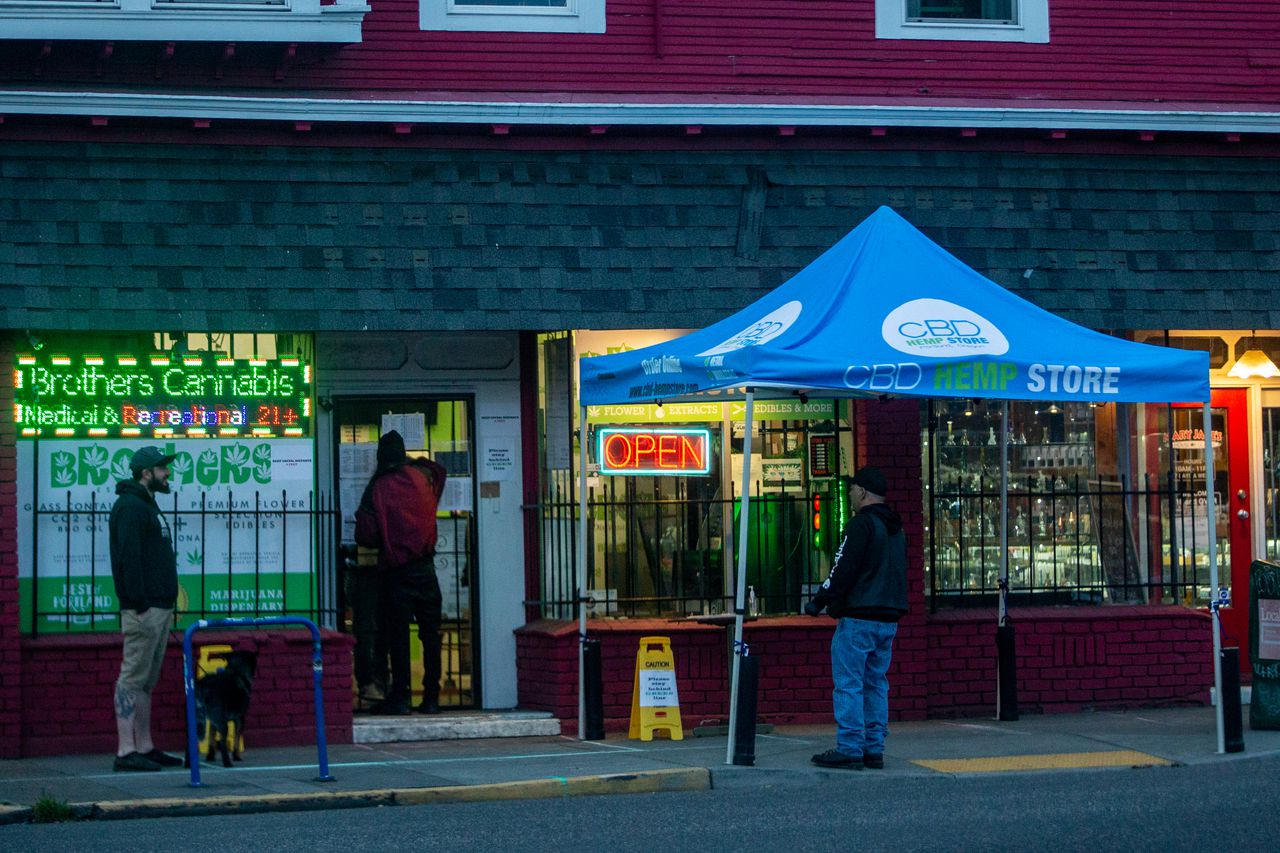 Sales of recreational cannabis have broken $100 million for three months in a row in Oregon as the state continues to wrestle with the COVID-19 pandemic.

According to data from the Oregon Liquor Control Commission, which oversees marijuana sales, sales have been up since March, when the state went into lockdown to slow the spread of the virus.

At the time, some business owners worried the March bump was temporary. But numbers show things have only gotten better, at least for some of the state’s cannabis retailers.

Then, in May, the state hit $103 million in sales, breaking $100 million in a single month for the first time since recreational marijuana sales began in 2015. That was a 60% increase over the previous May.

June and July were similarly good for the cannabis business. In June, the state reported $100 million in total sales. In July, $106 million. Katie Stem, CEO of Peak Extracts, a Portland-based company that sells topicals, tinctures and chocolates throughout the state and hemp products nationwide, said she believes people are spending their money differently during the outbreak.

“People are going for more quantity over quality,” Stem said, and buying cannabis flower over the more expensive tinctures and edibles.

And the money is coming from different places. Business has slowed dramatically for Peak Extracts in tourist destinations like the coast and in Ashland, but sales in metro areas have mostly made up for that.

Stem points to the ability to quickly transition to the reality of safety precautions and social distancing as a major factor in this. Businesses offering delivery and curbside pickup are doing especially well.

“Our accounts that offer one or both of those things are dominating our sales,” she said. “That was something that we sort of predicted would happen.”

Jeff Yapp, CEO of Golden Leaf Holdings, which operates Chalice Farms, a business that was able to quickly pivot, agrees.

“We’re a relatively large company but we moved really quickly,” he said. “I don’t think we skipped a beat.”

Yapp said Chalice Farms was doing very well, even though the business had been hit by a vape ban, then the pandemic, and now ongoing protests that have affected some of his storefronts.

But Yapp says it comes down to agility, and his experienced team.

“As you talk to retailers,” he said, “you will find there’s a huge disparity. But for us, we’ve been really happy. We’re over the moon.”

While Stem is somewhat nervous about the future for high-end extracts if the economy tumbles, she is optimistic about the industry.

“I think in general the cannabis industry is safer than any other,” she said.

“This is a time of heightened anxiety,” said Stem, adding cannabis “is kind of ideal for what all of us are going through right now.”

As people try to deal with the stress of this moment, Yapp said, many are moving away from pharmaceutical and chemical options.

“I think people are waking up to the benefits of plant-based medicine,” he said. “I think cannabis is really essential.”

This story was originally published by The Oregonian/OregonLive. It is posted here through an arrangement among more than a dozen Northwest media outlets that agreed to share coronavirus stories.