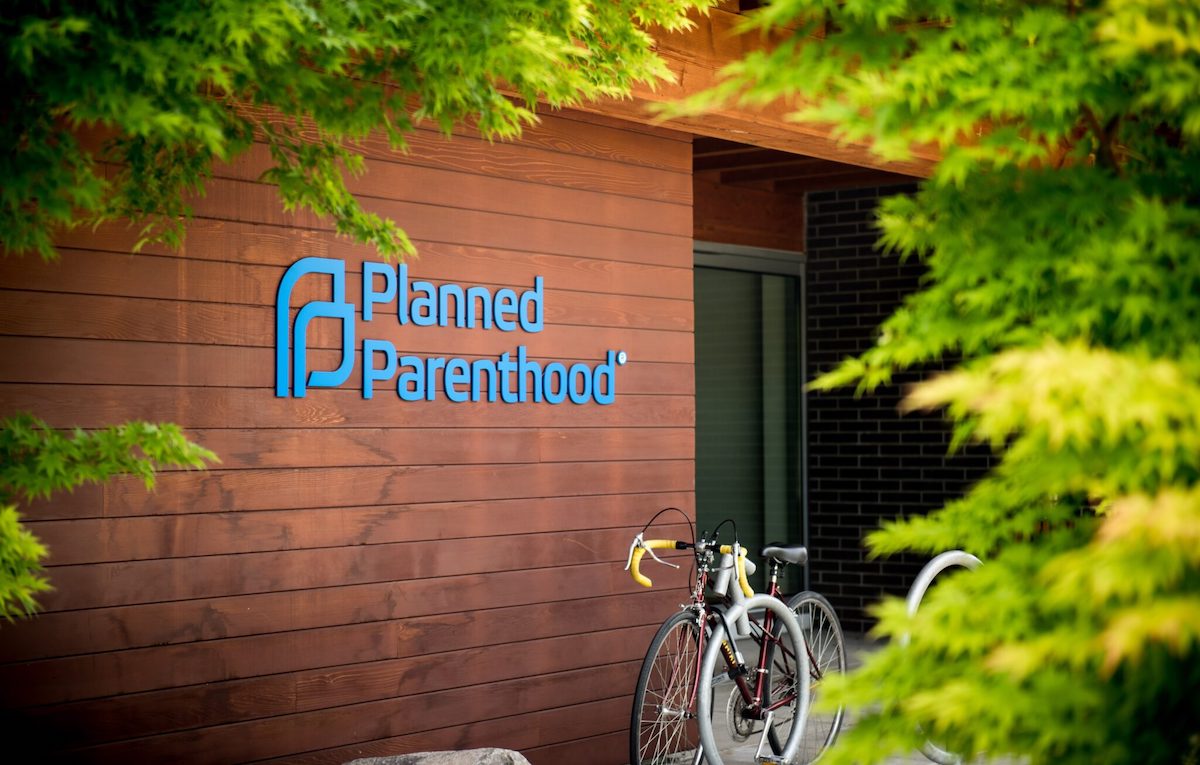 Oregonians support abortion rights at a higher rate than the national average, a recent survey from the Oregon Values and Beliefs Center showed.

The Portland-based nonpartisan public opinion research organization surveyed 1,572 Oregonians in July about abortion, gun control, drought and their thoughts on government. It found stronger support for abortion rights than a similar national survey from the Pew Research Center: 72% of Oregonians said abortion should be legal in most or all cases, compared to 62% of all Americans.

The survey’s release coincides with a recent Idaho Supreme Court decision allowing that state’s near-total ban on abortions to take effect on Aug. 25 as legal challenges to the Idaho law continue. Portland-based Planned Parenthood Columbia Willamette plans to open a clinic in Ontario, Oregon, along the Idaho border within the coming months. For now, the closest out-of-state clinics for many Idahoans seeking abortion care are in Bend or Spokane or Walla Walla, Washington.

Anne Udall, president and CEO of Planned Parenthood Columbia Willamette, said the new clinic in Ontario will serve patients in eastern Oregon who have long traveled to Boise for abortion services. Planned Parenthood has been planning to provide services in eastern Oregon for more than a year and is now finalizing a contractor to begin renovations of its leased space, with no opening date set.

Support for legal abortions was solid across income levels in the Oregon survey. People who described themselves as either socially or economically liberal were the biggest supporters – 93% of those respondents said abortion should be legal in most or all cases, compared to 28% of social conservatives and 37% of economic conservatives.

Urban residents were more likely to support abortion rights than suburban or rural residents, but even 61% of rural respondents said they believed abortion should be legal. That tracks with recent election data from Kansas, where voters in some Republican rural counties earlier this month rejected an attempt to remove protections for abortion from the state Constitution. Other Kansas counties voted against abortion rights but along much smaller margins than they voted for Republican presidential nominee Donald Trump in 2020.

An Do, executive director of Planned Parenthood Advocates of Oregon, said the support in both urban and rural areas corresponds with Oregon’s last statewide vote on abortion, a 2018 ballot measure that would have banned the use of public funds for abortion.

Small rural counties along the Oregon coast, along with Wasco County, joined the state’s more urban areas in defeating the ban in a 64%-36% vote. The eastern Oregon counties that voted for the proposed ban did so by smaller margins than they voted for Republican Knute Buehler in that year’s governor’s race or Trump in the 2016 presidential election.

“Abortion will be a hugely motivating factor here in Oregon,” Do said, referring to November’s election. “Abortion is on the ballot in every single state regardless of whether or not we’re voting on a ballot measure, because when it comes down to it, this is a states’ rights issue at this point. Who we elect to our governor’s office, who we elect to the state Legislature has enormous impact as to whether or not we are going to have a state government that will affirm people’s ability to access health care, or will work to chip away at it incrementally, as we’ve seen over the last 50 years in different states leading up to the moment when the Supreme Court overturned Roe versus. Wade in June.”

A plurality of Oregon respondents, 46%, said the U.S. Supreme Court’s decision to overturn Roe v Wade will have no effect on whether they’ll vote in November. Most of those who said it will affect their decision to vote told pollsters they’re now more likely to vote.

Democratic gubernatorial candidate Tina Kotek, who has positioned herself as the sole champion of abortion rights in the three-woman governor’s race, hopes to capitalize on that support. Her campaign welcomed the survey results, noting that Republican Christine Drazan celebrated the Supreme Court’s Roe decision and non-affiliated candidate Betsy Johnson’s outreach to Republican voters included assurances from a former Republican gubernatorial candidate, Bridget Barton, that Johnson and Drazan are “virtually identical” on the abortion issue.

Johnson, who served six years on the board of Planned Parenthood Columbia Willamette, describes support for abortion as a “bedrock issue” for her and has sought to depict Drazan as an extremist out of touch with the majority of Oregonians on abortion. Drazan describes herself as “pro-life” but said she will follow Oregon’s laws.

But if a pregnancy threatened a woman’s life, 83% of respondents said they would support abortion access.

The survey also found that the portion of respondents who had personally received an abortion or had a close friend or family member who had increased with age, from 56% of respondents in the 18-29 age range to 81% in the 65-74 age group. It fell again with people 75 or older, all of whom were adults in at least their mid-20s when the U.S. Supreme Court’s 1973 Roe decision legalized abortion nationwide.

Women, Democrats and college graduates were more likely to know someone who had received an abortion than men, Republicans or people with lower levels of education. But across all demographic groups, a majority of respondents said they knew someone who had an abortion.

Open-ended responses showed that many respondents had nuanced views about abortion access. One Latina from Columbia County between the age of 30 and 44 told pollsters she might oppose abortion after 22-24 weeks if the state had universal health care, better-funded social programs and the ability to gestate a baby outside the womb.

A white Multnomah County man older than 75 said he wanted to maximize access to birth control so abortions were available but rare. And a white nonbinary person between 30 and 44 wanted “more pro-family laws and regulations put in place” to reduce the need for abortions while maintaining the legal right to terminate a pregnancy.