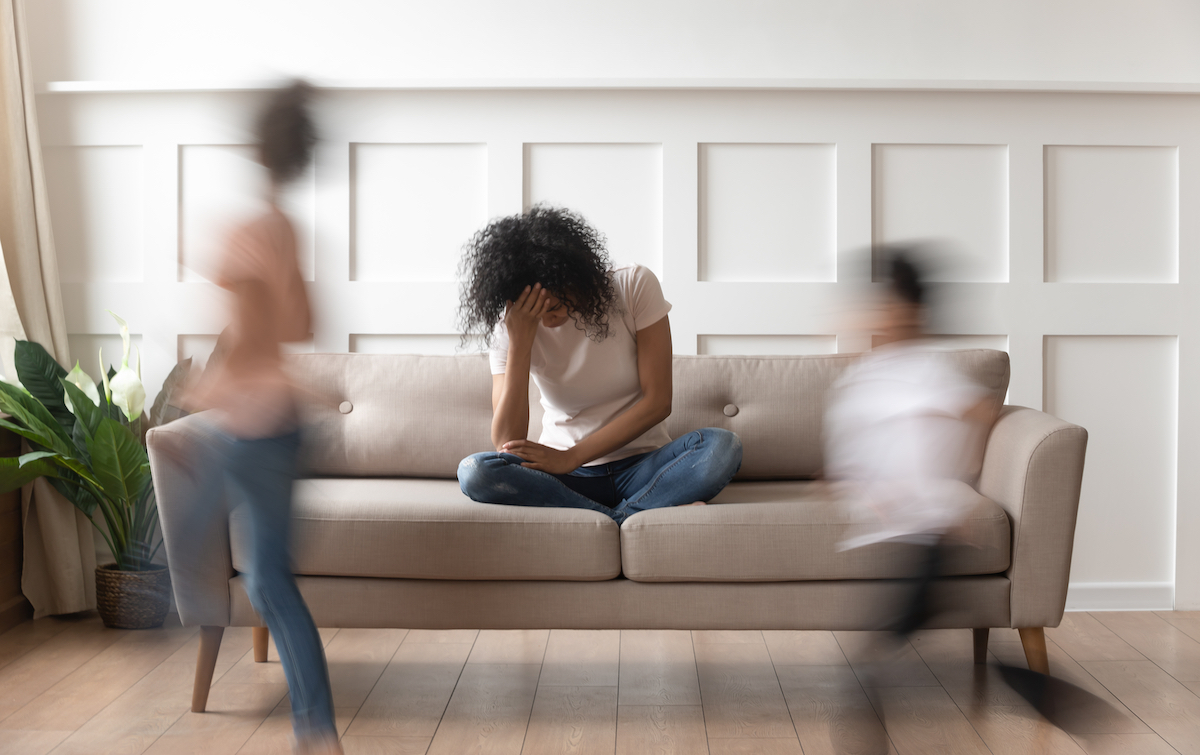 Instead, they more often turn to religious figures, traditional healers and other community-based organizations that are culturally specific.

The reasons range from previous experiences of discrimination in health care to the lack of translation services and cultural competency available in mainstream settings.

The report was based on the findings of a statewide survey of more than 440 people of color across the state who were asked how they interact with Oregon’s behavioral health care system. Portland-based nonprofit Coalition of Communities of Color adopted a “research justice approach” to the survey and report, which were funded by Oregon Health Authority.

The idea behind “research justice,” the report explained, is to conduct community-driven research in a way that is culturally responsive and that includes stakeholder dialogue and a call to action. The report makes recommendations to the OregonHealth Authority and CCOs, which serve members of the Medicaid-funded Oregon Health Plan.

The project was overseen by a steering committee composed of government health agency leaders of color and culturally-specific-nonprofit directors, as well as Rep. Tawna Sanchez, D-Portland, who also serves as director of family services at Native American Youth and Family Center.

The process culminated Tuesday in a virtual Community Forum on BIPOC Behavioral Health in Oregon, where panelists discussed the report’s findings and took questions from an audience of more than 300 people.

“The beauty of this report is that it reinforces, in no uncertain terms, that people who have been most harmed by the system — meaning tribal communities, Black communities, Indigenous communities and additional people of color — experience high rates of racism, discrimination, bigotry and bias in the medical setting. That is just a given,” said Leann Johnson, director of the Office of Equity and Inclusion at the Oregon Health Authority. “That realization must no longer be one of denial and gaslighting. And this report provides that reinforcement up to what we experience day in and day out in our society and in our systems.” 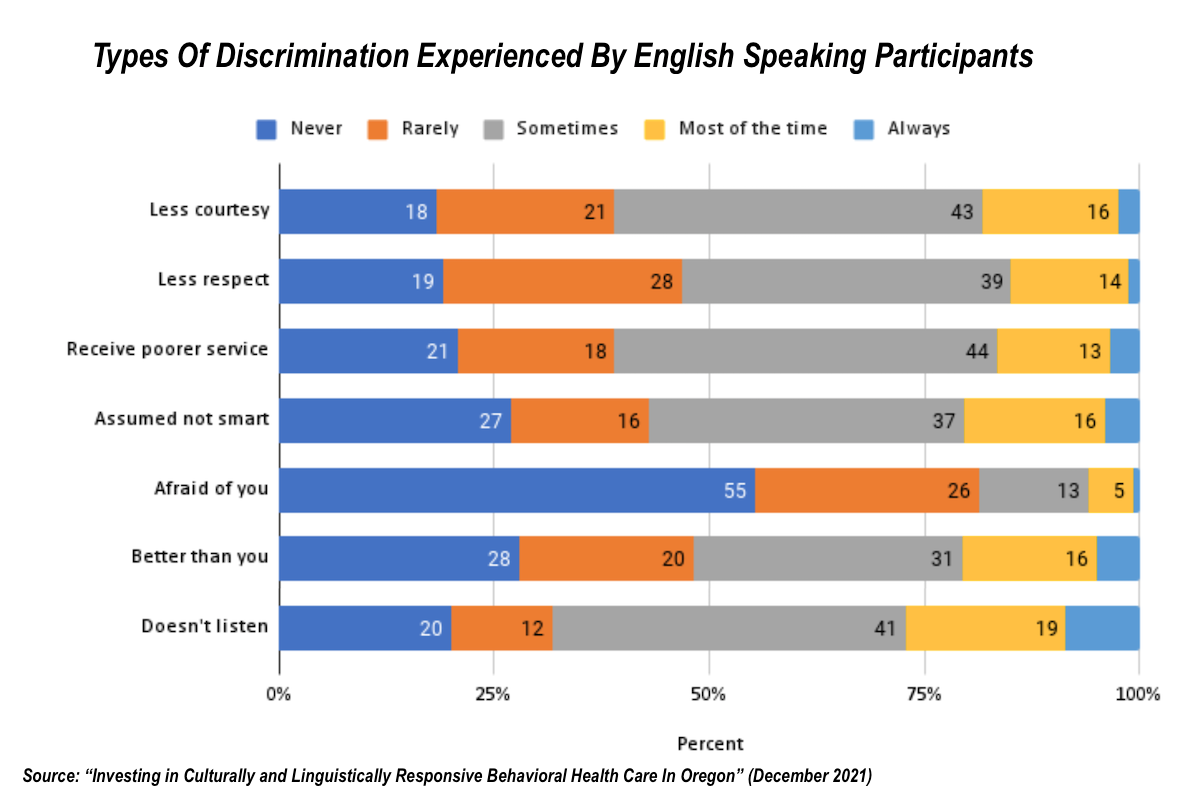 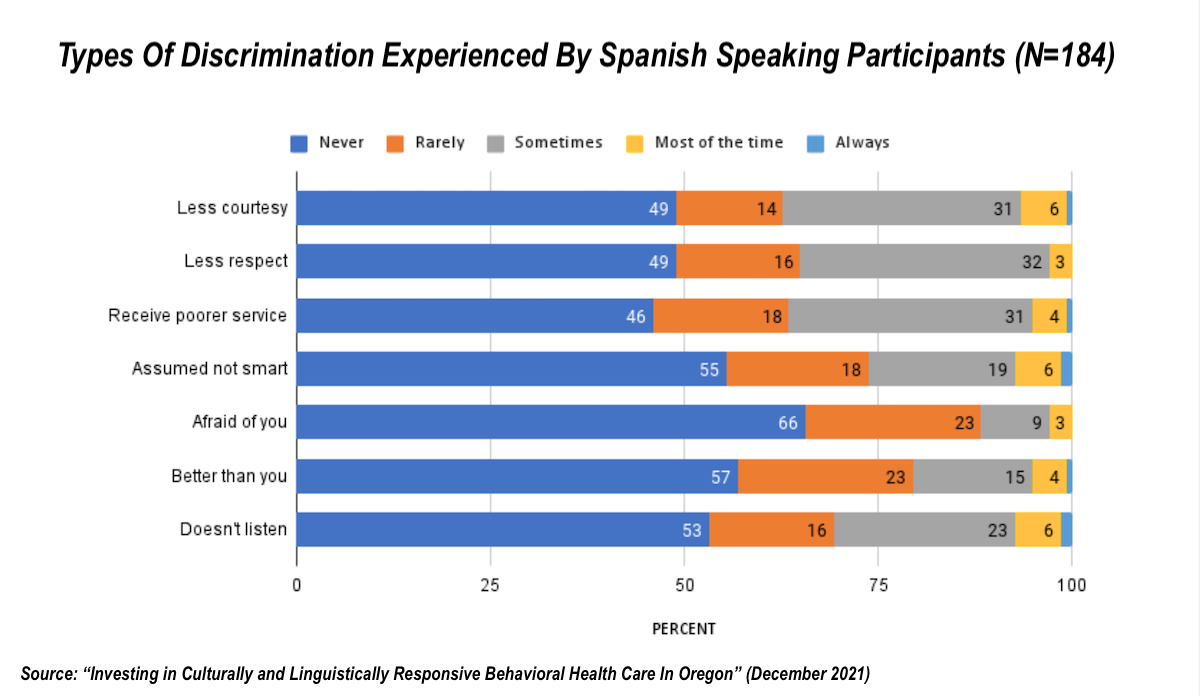 The survey found that many respondents had previous experiences of racism, discrimination and cultural insensitivity that make them hesitant to visit behavioral health care providers.

“Whyyyy (sic) on earth are we to believe this has just randomly stopped across the board?” one wrote. “It is public knowledge that the health care industry has historically misdiagnosed, mistreated, and mis-cared for people of color.”

Participants were asked to share their fears when meeting with a provider. The most common responses from the 245 people who answered that question included: being judged and stereotyped, not being taken seriously, and experiences of cultural insensitivity and not being listened to or understood.

“I didn’t see a doctor for a few years until I was able to find a Black Woman OB/GYN who went to an HBCU (Historically Black College or University) and has knowledge regarding my culture,” one respondent wrote. “I was tired of my physician not understanding and not caring or showing any empathy.”

The report’s authors recommend that the care organizations and health systems partner with, invest in and defer to “culturally-specific leaders and organizations to support community-centered care networks as a strategy for improving culturally and linguistically specific access to behavioral health services.”

Lack of awareness of available services is also a major barrier to access, the survey found. Additionally, respondents indicated that translation is often insufficient for conveying health care related information in culturally appropriate ways. A translator knowing the patient’s language is not enough, it concludes.

One Spanish-speaking respondent explained that in many Latino households, “You don’t share what happens behind closed doors with strangers. Your family’s issues are yours … asking very personal questions directly is very uncomfortable for many people in my ethnic group.”

Providers should hire translators that are culturally embedded and informed and who can communicate in sensitive ways, the report recommends. Better training translators on these nuances and partnering with culturally-specific organizations were also recommended.

Among English-speaking participants in the survey, 23.1% had used behavioral health services, and of those, just 20.6% used a CCO.

“This indicates a need for CCOs to improve outreach and communication about services, especially to BIPOC communities living outside urban areas,” states the report.

The need for disaggregated data was also highlighted.

“BIPOC needs and experiences cannot be understood without collecting disaggregated community informed and actionable data,” Andres Lopez, research director at Coalition of Communities of Color, said during the forum. “This aggregated data, that is a responsibility of the dominant institutions who are collecting our state’s data, they have to do a better job at disaggregating, and not erasing communities with smaller numbers or who are not caught, who are not properly engaged in their research.”

The report also said that Western and Anglo-centric approaches and assumptions to behavioral health can “alienate and harm BIPOC communities.”

Many solutions to mental and behavioral health identified by respondents included connecting to the community along cultural lines — such as with those who share their experiences — getting basic human needs met and having more social interaction and in-person connections.

A stated aim of the report was to ask — in a state with increasing diversity and persistent health inequities: “How can Oregon reimagine its behavioral health care delivery system to better serve culturally and linguistically diverse community members across the state?”

The report recommended that a “one-size-fits-all” approach to mental and behavioral health care” should be avoided. “Providing culturally and linguistically responsive care means avoiding reproducing dominant, Western, and Anglo-centric mental and behavioral assumptions that perpetuate the norms and expectations of whiteness,” it says.

The majority, 53%, of survey respondents identified as Black/African-American, 32% identified as Latinx, with people identifying as Indigenous, Asian, Middle Eastern and Pacific Islander comprising the remainder, aside from 1% (2 people) who identified as white. 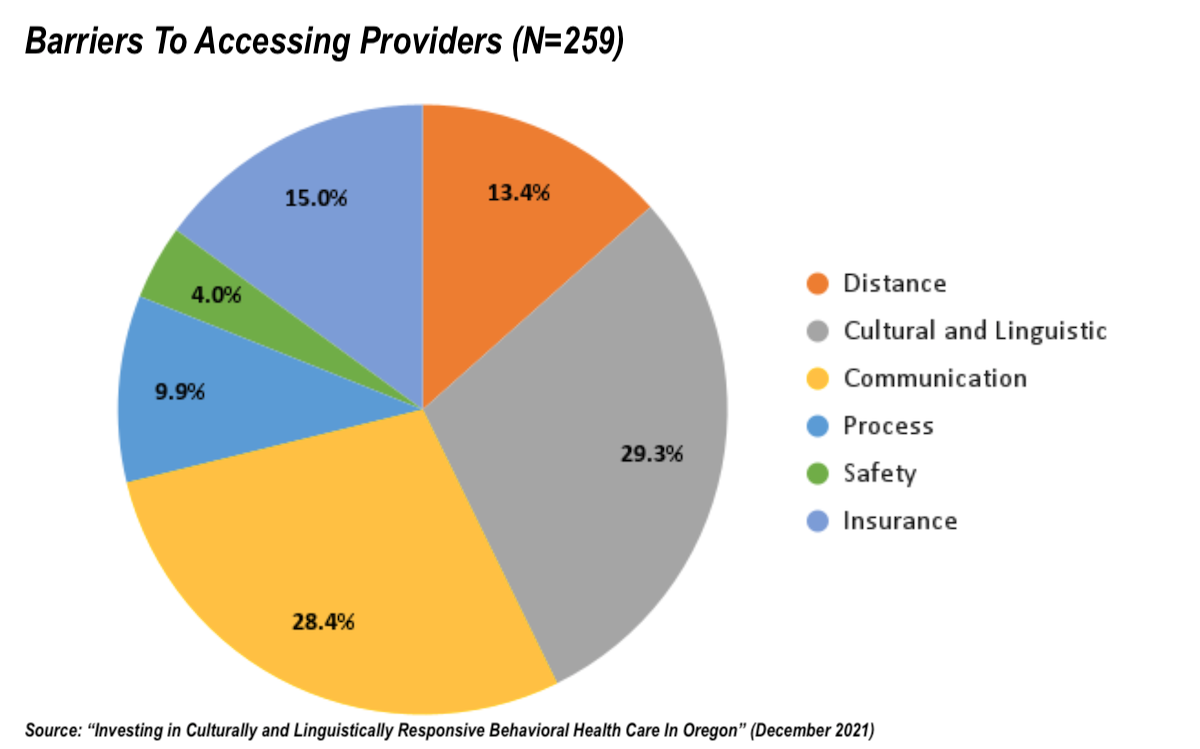 During Tuesday’s forum, representatives from Oregon Health Authority emphasized the agency’s efforts to address longstanding systemic racism and colonialism embedded in the state’s health care system. They said this report, in many ways, reaffirmed what many people of color have been saying for decades.

“I think the timing could not be better for this report, because it can be and will be used to inform the transformation work that we’re working on,” said Steve Allen, behavioral health director at the agency. “The process that was used to create it is deeply embedded in revising and transforming how we think about engaging with community to inform practice. And I think that’s incredibly powerful and incredibly valuable.”

The report also noted Oregon has made advances toward health equity such as:

You can download the full text of “Investing in Culturally and Linguistically Responsive Behavioral Health Care In Oregon” in English and Spanish here.

Jan 27 2022
News source:
The Lund Report
Keywords:
behavioral health, equity
×
This article is for premium subscribers. If you are one, please sign in below.
You can see two more premium stories for free. To subscribe, click here. We depend on premium subscriptions to survive, and they are tax deductible.
Sign InGo Premium Not now