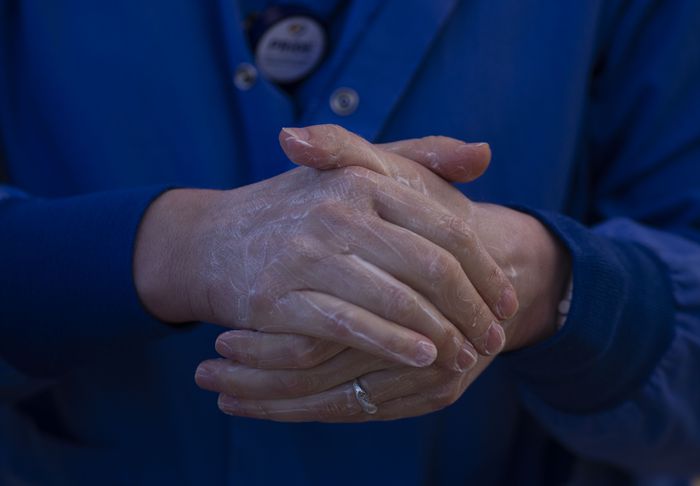 Coronavirus infections in Oregon senior care homes are far more widespread than previously known, with 29 nursing homes, assisted living facilities and adult foster homes reporting at least one confirmed case as of Monday, according to a list provided by the state in response to questions from The Oregonian/OregonLive.

Combined, more than 2,000 people could be living in the affected senior care homes, according to a Department of Human Services database that lists each home’s licensed capacity.

Some of the homes have far more than one case, including the Edward C. Allworth Veterans’ Home in Lebanon, which has had 15 sick residents. At least three employees have tested positive for COVID-19, though records obtained by the newsroom indicate two other employees could also have the disease.

At least three senior care home residents have died – two at the Lebanon veterans home and one at Regency Park in Beaverton.

The senior care homes with infections are for the most part large facilities – nursing homes and assisted living centers – which can hold upwards of 100 residents. One nursing home in Salem is licensed to hold 214 residents.

-- 13 nursing homes, which face stricter state regulations and are for people who need some level of medical care.

-- 12 assisted living facilities, which have more latitude in their operations.

-- Four adult foster homes, which are intended to create a home-like environment, with the owners often living in the home. They can have no more than five residents.

Senior centers have to tell the state if they have a suspected or confirmed coronavirus case and, if they do, they agree to follow extra precautions to make sure infections don’t spread to other residents or employees. The state lifts restrictions only after a facility provides proof that the people tested negative for the disease, said Department of Human Services spokeswoman Elisa Williams.

The affected senior care homes mostly span the Willamette Valley. Eighteen are in the Portland area, four are in or near Salem and four near Albany – three in Corvallis and one in Lebanon. The only two on the other side of the Cascades are in Bend and at the state’s other veterans home in The Dalles.

Williams said the agency doesn’t track the health status of individual cases, and that sick residents aren’t necessarily at the facilities right now and could, for example, be in a hospital.

Ever since the beginning of the outbreak, one of the greatest fears has been the spread of cases to and within senior care homes. The places are perfect breeding grounds for an infectious disease outbreak, with residents living in relatively close quarters and caregivers going from resident to resident multiple times a day.

There are about 600 nursing and assisted living centers in the state and about 1,500 adult foster homes. About 45,000 people across the state live in the facilities.

The people living in these homes are the most vulnerable to a serious coronavirus infection – those over 60 and who have underlying medical conditions. An assisted living home in the Seattle area had the biggest death toll at the beginning of the outbreak in the U.S., with around 40 deaths associated with the center.

In Oregon, the primary focus of concern has for a long time been the veterans nursing home in Lebanon. The home had the largest cluster of cases at the beginning of the state’s outbreak, though it is unknown if it still does. The Oregon Department of Veterans’ Affairs hasn’t disclosed how many employees have fallen ill.

This story was originally published by The Oregonian/OregonLive and is published here as part of am agreement among more than a dozen news outlets in Oregon to share coronavirus content.