A replica gun made with 3D-printed parts. Transportation and Security Administration.jpg 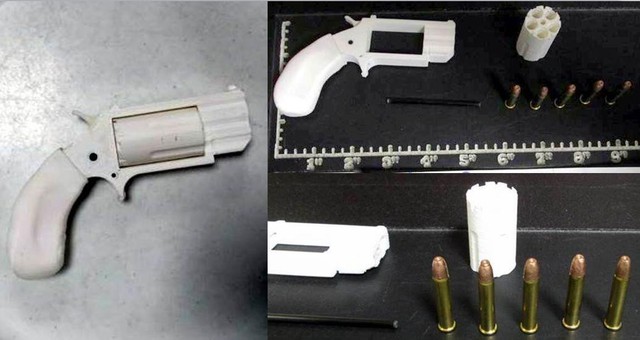 Washington State Attorney General Bob Ferguson is leading a coalition of 21 states, including Oregon, Colorado, Virginia, Maryland, Connecticut and Washington, D.C., in a federal lawsuit against the Trump Administration over newly announced arms export rules. The lawsuit, filed Thursday in the U.S. District Court for the Western District of Washington, argues the new rules fail to meaningfully regulate 3D-printed guns.

The lawsuit is the most recent in a long string of legal twists and turns over the issue.

“The loopholes blow a hole through the so-called regulations,” said Attorney General Ferguson. “They say, ‘Hey, you can’t post the file on the internet, but you can post a non readable file and with free software you can now read that file and post them.”

3D-printed guns don’t have serial numbers, are untraceable, and are impossible to detect with metal detectors. Easy access to the blueprints could make firearms available to anyone — including people prohibited from owning them.

In 2015, the U.S. State Department ordered Defense Distributed, an Austin, Texas-based company that develops digital firearms schematics, to remove a 3D-printed pistol schematic from its website, arguing the online plans amount to a weapons export and pose a serious threat to national security.

In response, Defense Distributed filed a federal lawsuit but dropped the case in 2018 after the Trump Administration agreed to allow the plans to be published. Then, in November 2019, a federal judge in Seattle said the administration’s policy reversal was “arbitrary, capricious and unlawful.”

In his ruling, Judge Robert Lasnik wrote that the government failed to address their previous claim that 3D-printed firearms pose a threat to world peace and the national security interests of the United States.

“Given the agency’s prior position regarding the need to regulate 3D-printed firearms and the CAD files used to manufacture them, it must do more than simply announce a contrary position,” Judge Lasnik wrote.

Attorney General Ferguson said the Administration has failed to address Judge Lasnik’s original concerns and that the security issues persist.

“The implications are profound and that’s not just me talking,” he said. “That is literally national security with the federal government for years. 3D-printed guns, if available, present a threat to the national security of this country.”